About the killed industry on open spaces of the former USSR. Which way should Russia go?

January 29 2016
103
Recently, materials and comments began to appear in the press and on the Internet that, through the economic crisis, Russia will not be able to step over investments in the real sector of the economy with support for production, but “maintaining the balance of payments based on sound exchange and banking policies,” and Western experience. They say, why invest in their own production sphere, when there is India and China, where the level of industrial production will provide products and Russia including ... They say that Russian products are still not able to compete with foreign ones, because "their hands are not growing from there "... 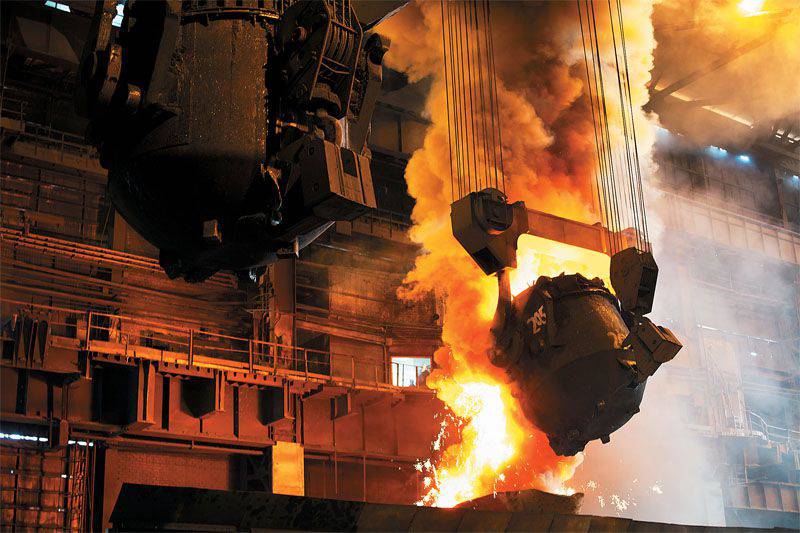 It is alarming that some leading economic experts follow the same logic, who are ready to follow the line in the image and likeness of 90, which is based on purely speculative processes, including the next turns of the privatization mechanism.

When they say that it is necessary to take as a basis the experience of countries that have moved to the liberal economic model or have chosen such a path, the question arises: what kind of experience is it? Since, for obvious reasons, the question is being asked into the void, it is worthwhile to try to independently search for the “advanced liberal economic experience” that Russia is being offered again to focus on.

In this regard, it will be fair if the assessment of "best practices" is based on the "leaders" of the post-Soviet space. They seem to be closer, and in general, the starting line for the former Soviet republics was in many ways similar. This is mainly about crazy "joy" about the fact that "long-awaited freedom and democracy came to us ..."

One of the economic "foremost" of the post-Soviet space - of course, Moldova. Well, how else ... Judge for yourself: the country is so "succeeded" that it was already almost-associated with the European Union. Citizens of Moldova possessing biometric passports have the opportunity to enter the EU countries without a visa. As they would say in Ukraine: Peremoga is complete. And what, actually, with the economy and specifically with the production? And here "peremoga" and completely unconditional ...

Referring to statistical data, it is necessary to touch on the issue of the volume of industrial production in Moldova during the Soviet era and compare it with today. So, in 1989, the share of industrial production in the economy of Moldova was 37% (this is 9-place among all the Soviet republics). And this, by the way, is higher than the world average of the same year by 4%. Of these Moldavian industrial percents, 34% is the food industry, 23% is the light industry, 21% is engineering, and about 7% is the pulp and paper industry. In the Soviet years, plants for the production of building materials, enterprises of the metallurgical complex, and chemical plants operated in Moldova. Today, the term “Moldovan industry” has turned into a kind of an oxymoron - a combination of the same category as “white black” or “interest-free credit” ...

In 2011, the share of industrial production in the economy of Moldova decreased to 17,6%. 24% of the population has been officially declared by citizens living below the poverty line. In 2015, the level of Moldovan production - according to all the canons of a liberal economy and against the background of an irrepressible desire for European integration - was further reduced by 5% (and this is only according to official data), the growth in the number of poor accelerated. The fall in incomes in the agricultural sector, which for Moldova has always been the main economic engine, has exceeded 4% in the last 30 of the year! The main stage of the fall is associated with restrictive measures of Russia. Pro-European and frankly pro-Romanian politicians declared that "soon the EU market will open for Moldovan products." The market “opened up” in such a way that European quotas did not even make up a tenth of what Moldovan farmers had previously sold to Russia.

At the same time, Europe actually announced that nobody really needed Moldovan industrial goods in the EU, and allocated money to close several large-scale industries at the same time while investing in “other sectors of the economy”. Moldovan authorities have found an alternative to “other sectors” in the form of their own pockets. Credit funds were simply taken away ... Industrial facilities were closed, but they did this without providing staff with new jobs.

One example is JSC Moldkarton. The factory, built in 1989, at one time supplied the republic (and not only its one) with high-quality cardboard for packaging products. Provided, however, not for long. In fact, the full-fledged work of a cardboard factory can be called years before the collapse of the USSR. As soon as the Country of Soviets ceased to exist, they ordered to live for a long time and ties with suppliers of raw materials, as well as ties with sales markets. The production capacity was loaded with no more than 25-30%. By the middle of 90-x it turned out that it is not economically viable to maintain the enterprise, it is a non-payer for the electricity supplied, and in general ... who needs that cardboard (the authorities of the country did something like this)? ..

Not without the help of Russia at the beginning of 2000's, "Moldkarton" still loaded with work, and the plant felt a surge of strength. Russia, Georgia, Poland began to buy its products. However, later, new problems - now revealed corruption schemes, now intercourse with offshore companies, then new claims from the Moldovan authorities. “To the heap”, environmentalists announced that the company also pollutes the air of Moldovan freedom ...
The company was bankrupted, closed down, everything was taken out of its workshops, the workshops themselves were crushed, having handed over the discovered metal to the nearest reception centers. And after all, this can be considered a victory for European integration, the highest achievement of the liberal economy, which the European "partners" advertised to the Moldovans.
The neighboring Ukraine is also following the path of the “great economic peremoga”. On the eve of the head of the Ministry of Finance "Square" Natalia Yaresko announced that one of the ways Ukraine’s success is to get into the IMF lending program. At the same time, Yaresko noted: it is not necessary to get acquainted with the program, they say, if it got into it, then this is already a step towards economic prosperity.

Against the background of the statements of Ms. Yaresko, the Ukrainian aircraft concern Antonov, founded in 1946, ceased to exist. Ukrainian economists have decided that "Antonov" should be covered up, transferring it to the bosom of "Ukroboronprom". Attention is drawn to the fact that Antonov is one of the few industrial enterprises of the Independent Square that reported on revenue growth at 2015. Apparently, certain representatives of the Maidan authorities decided to “control” the growth of income, and for this it was necessary to arrange a nimble game session with the question “guess what kind of“ Antonov ”thimble and its revenues?” 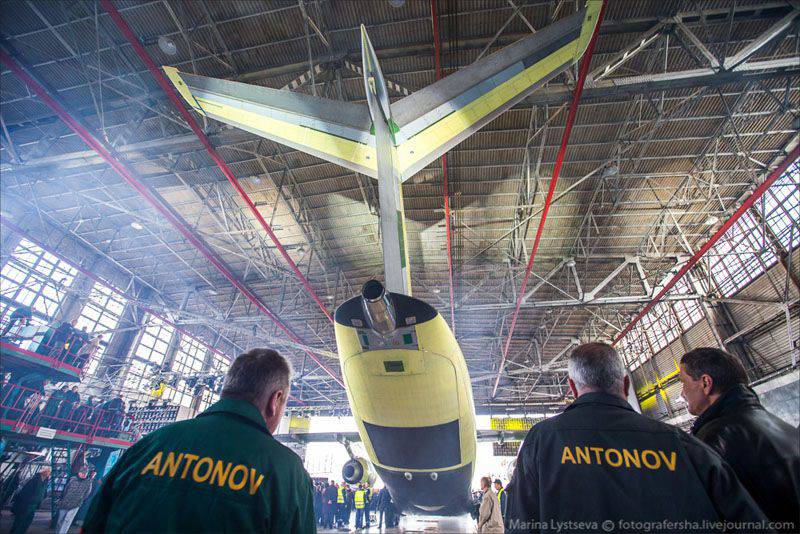 Ukrainian politicians, like Moldavian, also announced: nothing terrible, the Euro-Association will help us! But, firstly, there is still no full-fledged economic Euro-association (the Dutch still think ...), and, secondly, the emergence of a free trade zone between Ukraine and the EU, again as in Moldova, led to the appearance of ridiculous quotas. Euroquats for the same agricultural products from Ukraine make up on an annualized basis not more than half of what Ukraine supplied to Russia for the quarter.

If we take into account the half-killed industry of Donbass, then Ukraine is following the “right” liberal-economic way. And there are quite a few such examples in the post-Soviet space alone (including, for example, the Baltic countries).

It cannot be said that in this respect everything is perfect in Russia. But the question here is this: it turns out that those who give advice on the “liberalization” and “Europeanization” of the country's economy are ready to draw from this economy a Ukrainian-Moldovan analogy with all the consequences for industrial production and growth? ..

Ctrl Enter
Noticed oshЫbku Highlight text and press. Ctrl + Enter
We are
Results of the week. "Well, do not change me because of every idiot!"Yuri Drozdov: Russia prepared the role of the sacrificial calf
103 comments
Information
Dear reader, to leave comments on the publication, you must to register.