January 28 2016
61
Georgian State Scientific and Technical Center "Delta" has signed a contract for the supply of "more 100" armored medical evacuation vehicles AMEV based on Didgori 2 to the military department of Saudi Arabia, the blog reports bmpd with reference to the message of the enterprise. 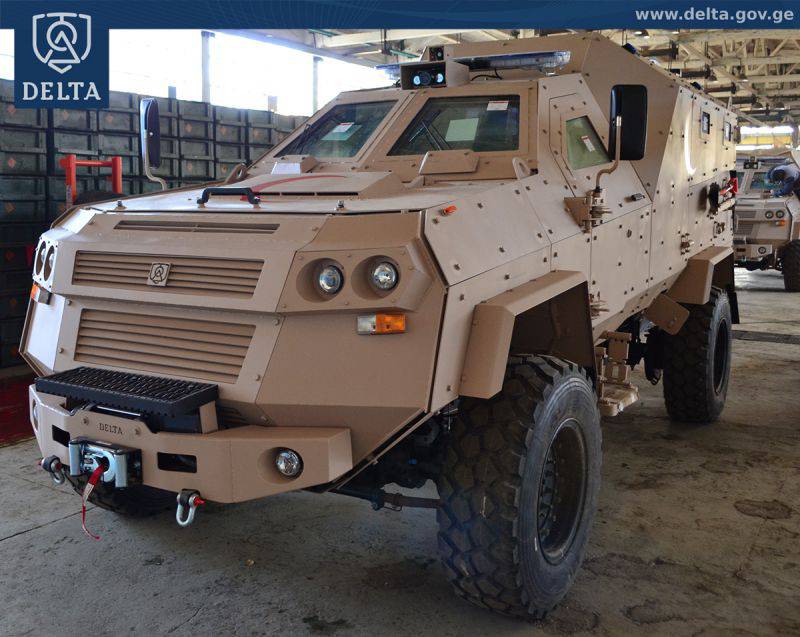 The contract was concluded in December 2015 g following the results of an international competition, its cost is $ 100 million. The first 12 machines must be sent already on January 30.

“The AMEV armored medical evacuation vehicle developed by RTC“ Delta ”is the result of processing and modernization of the design of the Didgori 2 armored car, and is also carried out on the chassis of a commercial Ford F-550 pickup truck with a 4x4 wheel arrangement. The production of AMEV medical vehicles, as well as Didgori armored vehicles, was organized at the production site of the Tbilaviamsheni enterprise (Tbilisi aviation factory), ”the author reports with reference to the manufacturer. 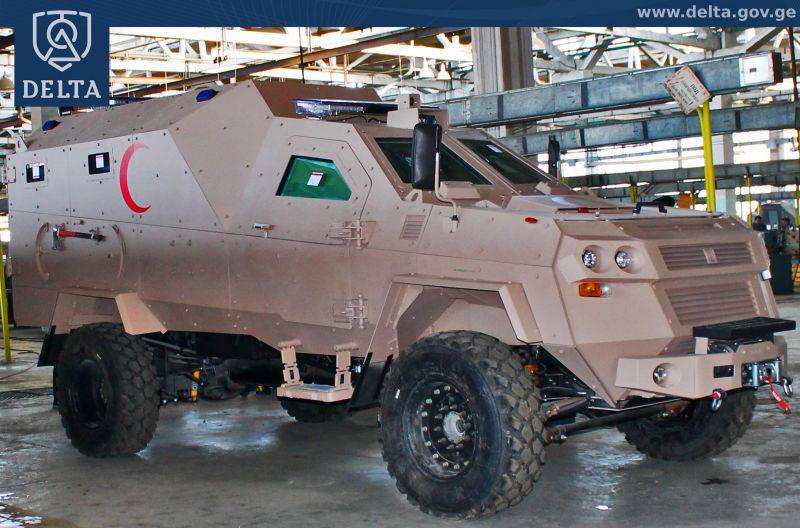 “The AMEV armored medical evacuation vehicle has an empty 8200 kg mass and a full 9800 kg combat weight. Machine length 6553 mm, overall width 2393 mm, ground clearance 500 mm. The crew is two people, in the transport department it is possible to transport four lying injured on a stretcher, ”the release says. 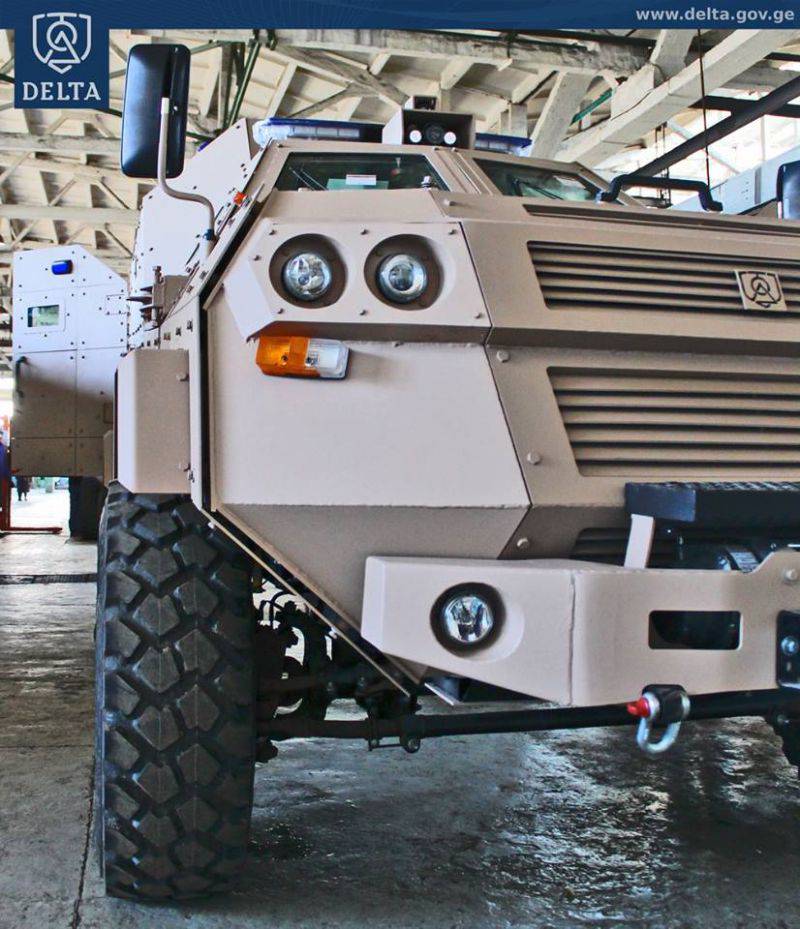 According to the press service, “the car is equipped with a diesel engine with an 356 horsepower, capable of reaching a maximum speed on the highway to 120 km / h, has a cruising range on the highway - to 500 km.”

It is noted that “the armored hull is made with a spaced booking system made of modern, highly durable steel armor Armox 500T + by the Swedish company SSAB and provides a circular level of ballistic protection BR7 + according to the European standard EN1063”.

The author explains that the BR7 level implies protection against a reinforced 7,62 × 51 mm bullet from the NATO cartridge from 10 meters.

The manufacturer also declares the introduction of elements of mine protection. 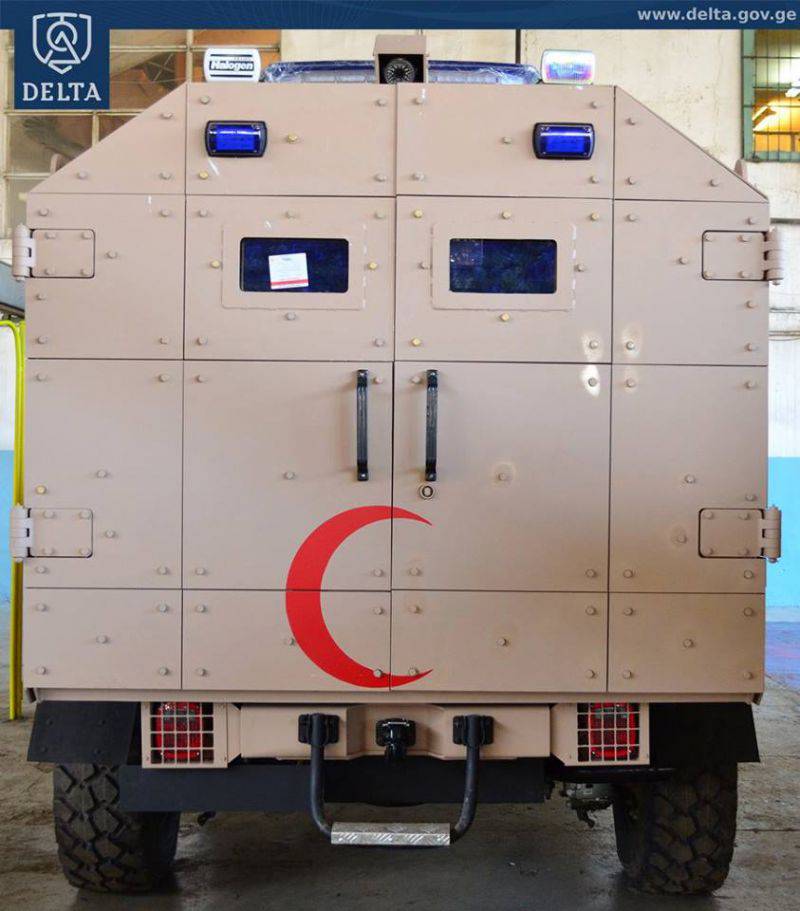 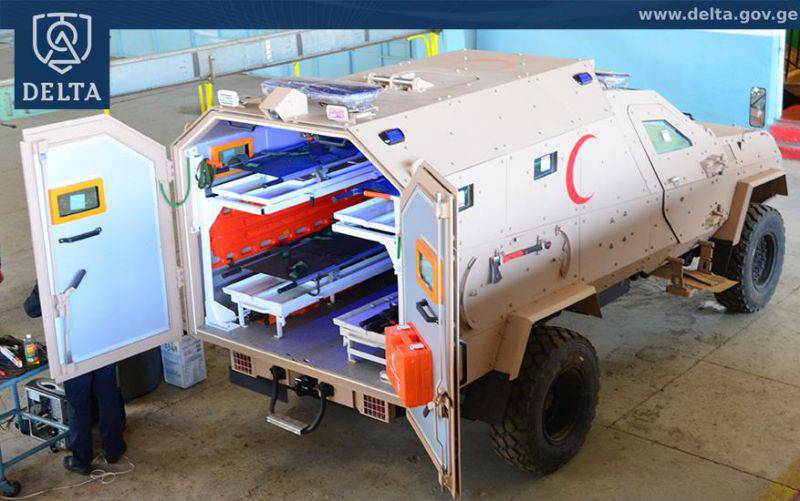 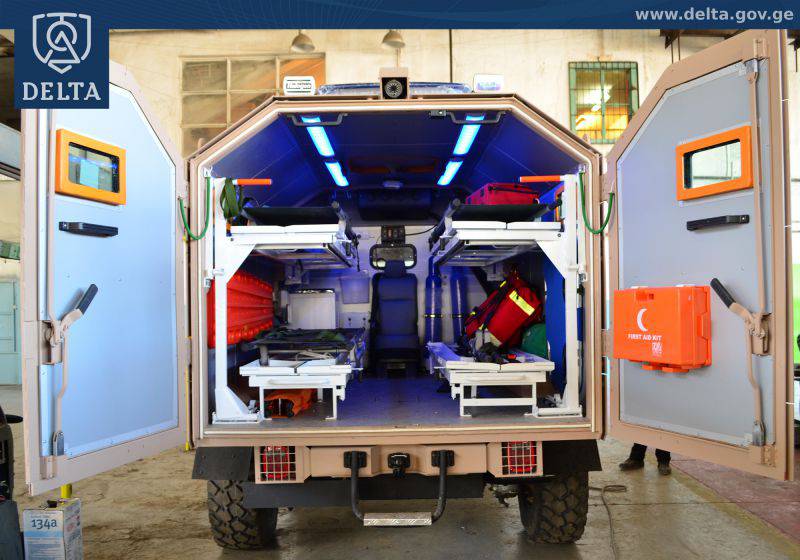 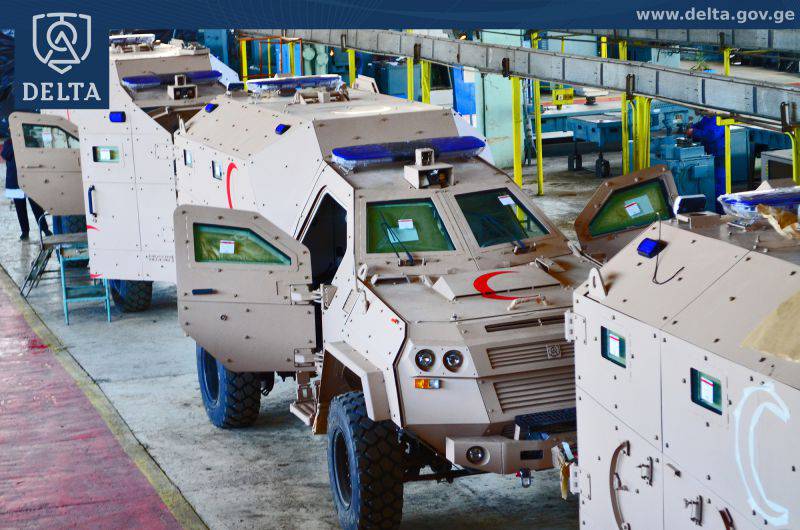