The army of Belarus, the strengthening power of Russia, is a bone in the throat of Lithuania 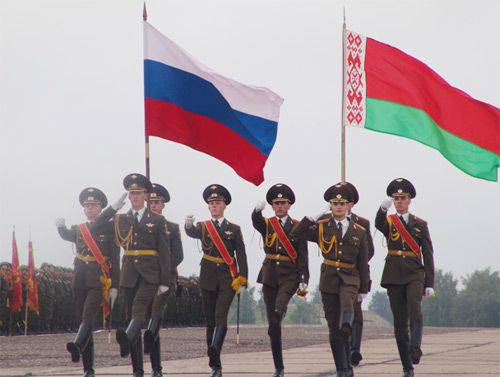 Despite Lithuania’s hysteria about a possible armed conflict with Russia, allegedly wanting to take advantage of the Suvalki corridor’s insecurity, Belarus continues to develop military cooperation with the Russian army.

The topic of the Belarusian-Russian military cooperation for the neighboring Lithuania is very topical, occupying top places in the Lithuanian segment of the Internet. In this case, any reasons are used.

For example, on January 25, the Russian government approved a draft intergovernmental agreement with Belarus on joint technical support of a regional group of troops for a period of five years.

According to the draft agreement, the authorized bodies of the parties - the Ministries of Defense of the Russian Federation and Belarus - jointly organize and carry out, in particular, the planning of technical support measures for the regional grouping of troops. Their duties also include jointly maintaining readiness for the use of military infrastructure objects of the armed forces of the Russian Federation and Belarus, identified in the list for joint use in the interests of the regional grouping of troops.

Immediately, the DELFI.LT news agency posts the article “NATO's Achilles heel in Lithuania”, which managed to collect 1433 comments in just one day. 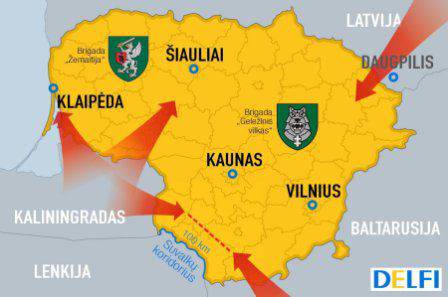 The author of the article, Vaidas Salžiūnas, gives a comparative description of the armed forces of Lithuania, Belarus and Russia, discusses possible developments in military scenarios, including using the so-called Suwalki corridor, when Lithuania can be cut off from the help of NATO allies.

The fears are clear, but the reasons are unfounded. Undoubtedly, Belarus seeks to strengthen the defense potential of the Union State with Russia.

At the same time, the Belarusian Ministry of Defense is developing military-technical cooperation with such countries as Armenia, Georgia, Ukraine, Azerbaijan, China, and also with 60 countries of the world.

For example, the governments of Belarus and Pakistan ratified the agreement on military-technical cooperation. On the basis of agreements reached by the chiefs of the general staffs of the armed forces of Belarus and China, the implementation of new large-scale bilateral projects in the military-technical field was initiated, etc. Moreover, in early December, the Ministries of Defense of Lithuania and Belarus signed an action plan for military cooperation between the authorities of both countries for the year 2016.

In the same vein, more than 30 international legal agreements in the field of military cooperation were signed between Belarus and Russia.

Most of the development and production of high-tech and intelligent weapons and military equipment is focused on the Russian defense industry. For example, many Belarusian enterprises supply elementary base, radio-electronic devices and other components to Russian “subcontractors”. A promising vector is cooperation in the field of satellite navigation and joint application of the GLONASS system. Integration projects are being implemented with the participation of Belarusian enterprises Peleng and Integral. The Minsk Wheel Tractor Plant, which produces unique heavy trucks that feel comfortable in the most difficult climatic conditions, supplies almost 90 percent of its products to Russia. It is on the MZKT chassis that the Russian Topol-M strategic missile system, Iskander operational-tactical missile system, Uragan multiple launch rocket system, and S-300 and S-400 anti-aircraft missile systems are installed. Belarusian spare parts are equipped Tanks T-90S, T-72S and T-80U, airborne and infantry fighting vehicles, artillery systems, anti-tank missile and anti-aircraft anti-aircraft missile systems, melee and small arms weapon.

It should be noted that as a legacy of the unified military-industrial complex of the Soviet Union, the post-Soviet republics got the well-established military-technical ties that have been finalized at the present time.

Undoubtedly, such close and fruitful military cooperation between the two countries is dictated solely by national interests and the desire to ensure the security of the Union State by joint efforts, since Belarus is the main strategic partner for Russia. And this can in no way be connected with any “plans” of Moscow and Minsk to seize Vilnius, which are very much agitated by Lithuanian experts in the media.

In this regard, it should be assumed that the armies and military-industrial complexes of both states will continue close cooperation only for peaceful purposes, strengthening the defense capability of the Union State and in no way seeking to aggravate relations with their neighbors.

Ctrl Enter
Noticed oshЫbku Highlight text and press. Ctrl + Enter
We are
Armed Forces of Belarus: real combat capabilities and prospectsPentagon Cybermen
90 comments
Information
Dear reader, to leave comments on the publication, you must to register.