Zrada: Azarov won in EU court in the case of sanctions imposed on him

January 28 2016
24
Former Prime Minister of Ukraine Mykola Azarov received a gift from a court of the European Union for the biennium since his departure from his post. This gift was the decision of the EU court, according to which Mykola Azarov and his son win a case against the European Council on the basis of a lawsuit filed concerning the issue of sanctions imposed on them. The EU court, located in Luxembourg, made a decision on the joint case of Azarov Sr. and Azarov Jr., as well as ex-ministers of the Ukrainian Cabinet Edward Stavitsky and Sergey Arbuzov.


About the decision of the European court, made in favor of ex-ministers and personally Mykola Azarov, tells the Ukrainian edition "European truth", the pages of which indicate the availability of the relevant document at the disposal of the editors

The European Court decided to repeal the sanctions imposed on the said persons. This suggests that in the near future, all accounts, if any, in European banks, these persons should be "unfrozen". In addition, both Azarov and other persons mentioned are allowed to visit the countries of the European Union. Earlier, a ban was imposed on issuing Schengen visas to ex-ministers.

The Ukrainian press expresses "hope" that all sanctions against Azarov, Arbuzov and other ex-ministers of the Ukrainian government will not be lifted, and even that "new sanctions packages" will be introduced. 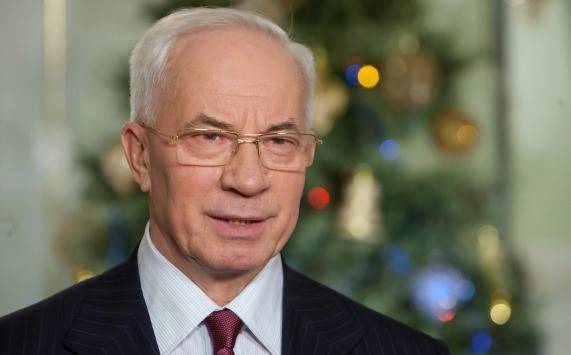 Azarov himself has not yet commented on the decision of the EU court, but on Facebook he told about how he made the decision about his resignation two years ago and the events accompanying this fact. From the note Mykola Azarov:

2 of the year after my resignation
So, on this day exactly 2 a year ago, I resigned from the post of Prime Minister of Ukraine.
I resigned voluntarily, no one forced me and no one threatened me, but the circumstances were such that I could not do otherwise. It is time to talk about it. (...)

I informed the deputies that the socio-economic situation in the country is difficult, but I don’t see any particular dangers if the crisis in the capital is resolved fairly quickly. Prospects for 2014 were good, with 01.01.2014 we once again raised public sector wages, pensions for pensioners, social benefits. Answered questions.

At this time the President entered the hall. He sat down at the presidium’s table and suddenly, mysteriously smiling, said: “I found a way out of the situation. I offered the post of Prime Minister Yatsenyuk, and the post of Deputy Prime Minister - Klitschko. " Confusion reigned in the hall. He noticed the mood and began to play back: “I have not decided anything yet. This is a preliminary.

You can imagine how I could feel after these words a person whom I had never betrayed during all the years of working with him and tried to always lend a shoulder.

After the meeting, I told him: “You left me no choice. After your words - I must resign. " He replied with irritation to me: “Take your time. We have to discuss everything with you in detail. ”

We parted at this, but the detailed discussion did not work out. He did not call me, I told him too. Not my rules was always someone intrude.

On Tuesday, January 28, the call came from him. He asked me to come.
I wrote a letter of resignation, put it in a folder and came to him.
Entering the office, I gave him a folder. He read the statement and said briefly - "this is the right decision."
I replied that “this will be the right decision if in exchange for my resignation you demand the withdrawal of the Maidan militants from Kiev. You will return Kiev to normal life and then you will sign the Decree. Otherwise, you will be next, and the country will derail. " The president agreed, and we broke up.

The country was left at a critical moment without a government, and the conspirators received a blank check for the coup. The country rolled into the abyss.

Ctrl Enter
Noticed oshЫbku Highlight text and press. Ctrl + Enter
We are
Zrada squared: EU General Court upheld lawsuit by Yanukovych administration official about the illegality of sanctions imposed on himIn the center of Moscow a nest of “aliens” appeared: the installation with the eggs of the “fifth column” was exhibited in Novopushkinsky Square and at the editorial office of Echo of Moscow on the New
24 comments
Information
Dear reader, to leave comments on the publication, you must to register.