January 27 2016
123
RIA News, ссылаясь на portal legal information, reports that the well-known intellectual, publicist and TV host Anatoly Wasserman granted citizenship of the Russian Federation. It should be recalled that in relation to Anatoliy Aleksandrovich, who until recently was a citizen of Ukraine, a criminal case was initiated in the “Square” territory. Wasserman is accused of "separatism." 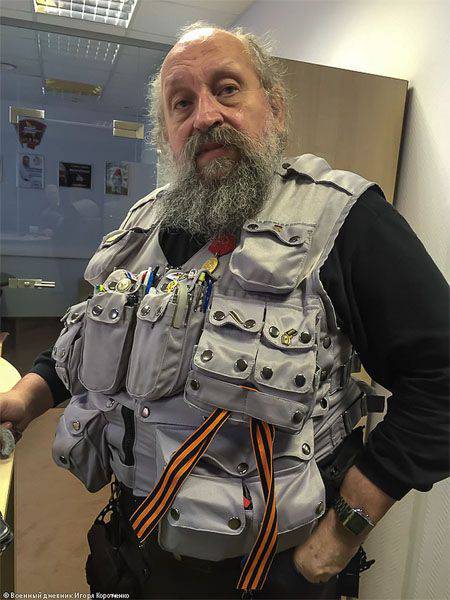 Anatoly Wasserman was born in 1952 in Odessa. Wasserman, like a real citizen and a patriot of his city, could not indifferently look at how Odessa turned into its outpost in southern Ukraine the neo-Nazi formations who organized the new Khatyn in the House of Trade Unions in May 2014. Anatoly Wasserman began to make statements about the need to confront radicals, for which he was declared a "separastist". As a result, Anatoly Alexandrovich addressed the Russian authorities with a request to grant him Russian citizenship. Today, Russian citizenship Anatoly Wasserman, like another representative of the intelligentsia, artist Yuri Cooper (Cooperman), was granted on the basis of a presidential decree.

For reference: Yuri Cooper, a native of Moscow, left the USSR at the beginning of the 1970. Got American citizenship. Cooper's works are exhibited in the State Tretyakov Gallery, the Metropolitan Museum and other major museums. At one time he created a project for the interiors of the Voronezh State Academic Theater named after AV Koltsov, and as a screenwriter, he worked on plays at the Chekhov Moscow Art Theater. On account of Yuri Cooper more than fifty solo exhibitions in different cities of the world from Moscow to New York.

Ctrl Enter
Noticed oshЫbku Highlight text and press. Ctrl + Enter
We are
More than 200 people injured in clashes in Odessa, 37 killed.
123 comments
Information
Dear reader, to leave comments on the publication, you must to register.