January 27 2016
37
Training on combat readiness began at the Russian military base in the Republic of Armenia. The press service of the Southern Military District reports that the 30- and 100-kilometer marches to the high-mountainous polygons of Alagyaz and Kamkhud will be made by units of the military base. During the marches, skills of driving military vehicles in extreme conditions will be worked out, as well as classes will be held to repel the attack of a conventional enemy assault rifle. In addition, military personnel taking part in the maneuvers of units, must make a reflection of the impact from the air.


From the message of the press service of the Southern Military District:
Logistics units will perform the tasks of loading and delivering materiel and ammunition, as well as evacuating and repairing failed military equipment. 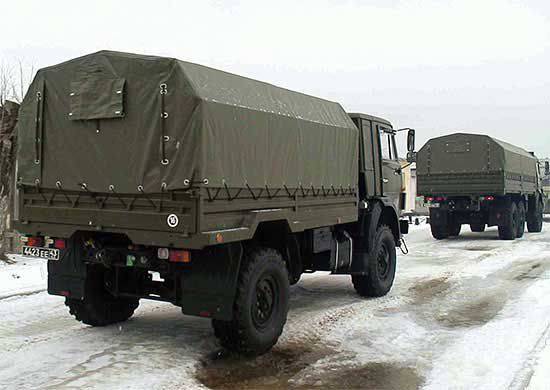 According to representatives of the military base, special heating and auxiliary power points will be deployed on the route and on the landfills, which will not interfere in the conditions of mountainous areas:
Taking into account the harsh climatic conditions in the areas where the classes are held, heating stations are deployed, where the servicemen will be provided with additional rations - hot tea, sandwiches with bacon and onions. In order to prevent diseases, military physicians conduct continuous monitoring of the state of health of the personnel involved in classes.

The meteorological service reports that in regions of high mountain ranges in Armenia there is a strong wind and snowfall. The conditions are really harsh.