To the theses on "isolation"

January 28 2016
76
China has isolated itself, says Secretary of Defense Ashton Carter. The countries of the APR are ready to seek support not from Beijing, but from Washington. From the statement of the Minister it follows that the Pentagon has almost isolated the PRC. Earlier, President Obama spoke more than once about the “international isolation” of Russia. Meanwhile, Russia and China continue to converge, and some analysts point out with laughter that Mr. Obama is about to be in isolation. Probably with his Carter. However, not all so simple… 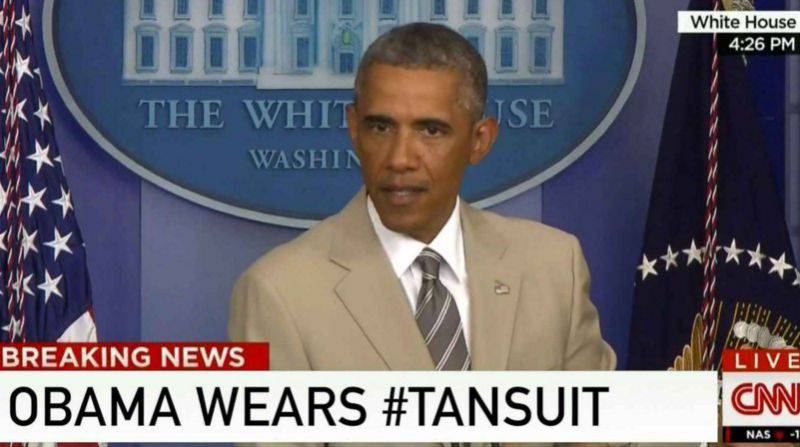 Daniel Greenfield ("Frontpage Mag") in a note entitled “Obama Inc: Russia and China are" Isolated ", he scorned the behavior of some people in the American establishment.

Mr. Obama, in his “real politics”, has everything to turn around, according to a columnist. In fact, Mr. President does not solve the problem at all. Instead, he “just comes up with” how to explain why someone wins even when he loses and the other side loses, even when she wins.

Here is one example. China. “Fully isolated!” The United States is not looking for a conflict with China, but the steps that the Celestial Empire is taking in the South China Sea lead to Beijing’s self-isolation. The behavior of the PRC encourages other countries in the region to seek help from Washington. All this was told by US Secretary of Defense Ashton Carter.

Uh-uh, how is that? What is such isolation? Today, China has a global infrastructure network, which already includes part of Africa and the Middle East. And China is one of the three leading world powers, the journalist specifies.

Obama Incorporated also undertakes to assert that Russia is “isolated.”

What is this happening? If two of the three leading world powers are isolated, what then does the very concept of “isolated” mean?

Apparently, nothing, the author notes. Russia "divided Ukraine" and is going to win in Syria. China, meanwhile, is expanding its territory, but Mr. Obama could not stop it. Moreover, the Obama team recently had to apologize for the plane that flew over one of the new islands of China.

But, of course, all the same, China is isolated. “Everyone except Obama is isolated,” the journalist scoffs at the president. “Or maybe the situation is the opposite?”

However, Obama is not too far from reality, as it seems to Daniel Greenfield.

Americans are climbing today to Central Asia, and their goal is to prevent either the Chinese or the Russians from strengthening there.

The delegation of Uzbekistan led by Foreign Minister Abdulaziz Kamilov recently held the sixth round of the Uzbek-American consultations in Washington, and the next day met with US Under-Secretary of State Heather Higginbottom. United States notes "Free press", are interested in the region’s natural resources and the removal of Russia from mining and supplies. In addition, the routes of the Chinese “New Silk Road” must pass through Central Asia. Finally, Central Asia is the link between Russia and China.

“The United States has a desire to reduce the influence of Russia, China and Iran on Central Asia,” Dmitry Aleksandrov, deputy head of the Central Asian Studies Department at the Russian Institute for Strategic Studies, told Free Press. - In economic terms, this is difficult to do, we are talking about a military-political strategy. The question is, what goals of the States can be real. In my opinion, today the United States has a mixed interest in Central Asia. There is a plan to soften the situation in Afghanistan with the help of Uzbekistan ... ”

However, the expert believes that the plans of the United States rest on financial resources. Washington will “promise a lot of things” to the Central Asian republics, but the Americans will not spend real money.

“Most likely,” noted Aleksandrov, “will provide Uzbekistan with some kind of military equipment. In general, I am skeptical about the idea of ​​a full-fledged return of the United States to Uzbekistan. ”

One way or another, Washington is clearly not abandoning its interests in Central Asia, and these interests are by no means rejected by the local elites.

How does the Kremlin respond to the White House? And are China and Russia really getting closer as partners?

It seems to be coming together. Unfortunately, this “rapprochement” occurs on the old basis.

According to the data that leads RBC, in December, 2015 was Russia for the fourth time over the past year overtook Saudi Arabia in oil exports to China.

The Saudis suffered here: their oil import in December 2015 decreased by 1,2% compared with last year.

Last year, according to RBC, the Russian Federation ranked II after Saudi Arabia among oil importers to China, increasing supplies by 28%, or almost 186 thousand barrels per day compared to 2014 year. Reuters assumes that in 2016, Russia will further narrow the gap with Saudi Arabia’s supplies.

Oil is oil, but China is no longer the same partner that it seemed before the crisis that struck the Heavenly stock markets in 2015.

Head of the HSE School of Oriental Studies Alexey Maslov said "Moskovsky Komsomol"that problems in the Chinese economy threaten both Russia and the whole world.

Here is a factor that “threatens the world and Russia”: in China, the volume of production is reduced, hence the need for energy carriers is reduced. Accordingly, the Chinese will buy less energy from Russia. “It’s not by chance that this year Russia agreed to supply less oil resources to China, because it doesn’t need so much,” the expert reminded. “Apparently, the conclusion of a deal on gas prices is delayed, because, again, China does not need so much.”

And another negative factor: China is actively investing in overseas major projects. He promised a lot of investment in Russia. However, due to the well-known state of both the Chinese and the Russian economy, investments will noticeably fall. “This is already the first sign of a creep away,” the expert says, referring to the PRC’s crawling away from the Russian Federation.

As a result, there is no “turn” of Russia to the East: “If we consider that there are some economic criteria for a Russian turn to the East, yes, I think that we don’t see a turn to the East in economic terms. If we regard this as a political slogan, yes, there is an option to strengthen the development of ties with the East, but, in my opinion, the main mistake of Russia is an amateur, unprofessional attitude to the internal processes that are taking place in China. Because of this, it is impossible to correctly calculate the strategy for further work. ”

In the end, we will add from ourselves, Russia, from which China takes only what is profitable for it, in the strategic sense it becomes no closer to China, but farther from it. At the same time, Russia moved away from the West, which believes that it was able to “isolate” it. Obama and the White House’s policy in general can be criticized, but one should not forget that the Kremlin’s resource orientation leads only to Moscow’s total dependence on both the West and the East. This is not a "turn to the East", it is a turn to the abyss. The Chinese understand this very well and skillfully use it to their advantage. Therefore, they are much less “isolated” than the Russians. The Russians will get “isolation” not only from the USA, but also from China: they will “crawl away” from them.

Observed and commented on Oleg Chuvakin
- especially for topwar.ru
Ctrl Enter
Noticed oshЫbku Highlight text and press. Ctrl + Enter
We are
United Europe is preparing another trip to the eastStrangulation: the context, conduct and consequences of the American naval blockade of China
76 comments
Information
Dear reader, to leave comments on the publication, you must to register.