Project "ZZ". How to deal with Russia?

January 27 2016
134
Endangered Russia is turning into a “film project,” some European observers say. Russians are rapidly getting poorer, hospitals and kindergartens are closing down in the country, but instead of developing the economy, the authorities arrange “cinema in the heads of Muscovites”: they stimulate nostalgia in the capital at the same time for the USSR, the tsarist era, fancifully mixing layers of the past. This is accompanied by a new cult of Stalinism, religious sermons, vodka libations and, of course, government attacks on critics. 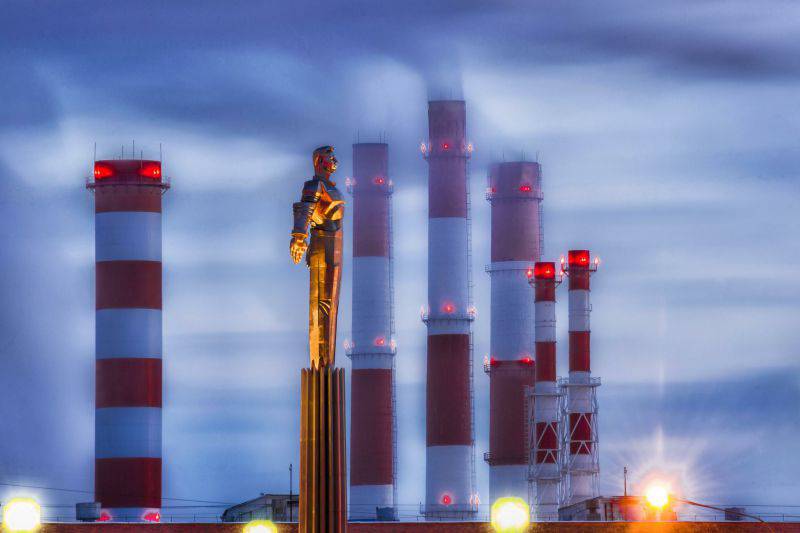 What should the West do with such Russia? Some recipes have appeared in the media. Canadian Foreign Minister Stephen Dion said that it was necessary to resume dialogue with Russia. Erna Solberg, the Norwegian Prime Minister, advised Moscow to diversify the economy. The Czech journalist Pavel Kogout warns: in the event of a revolutionary “spring” in Russia, someone there could be “worse” than Putin. Turkish observer Abdulkadir Ozkan went the furthest: he declared Russia and the United States "imperialist forces" operating in close conjunction, and called for the consolidation of Turkish society.

As Kerstin Holm believes, Russians are falling incomes, hospitals and kindergartens in the country are closing, but more and more in Russia there is nostalgia and religion. The correspondent of Frankfurter Allgemeine is confident that the authorities have chosen “a lot of nostalgia, vodka, religion and preventive critics” as the “therapy” (“Das therapiert man mit viel Nostalgie, Wodka, Religion und durch die präventive Bedrohung von Kritikern” ).

When society collapses, “self-destruction forces” (die Selbstzerstörungskräfte) are more pronounced among the people, the journalist believes, talking further about the perniciousness of drunkenness and the deaths of Russian people. In her opinion, Russia is an endangered civilization, the spaces of which are “emptying”.

What is the government doing? Alas, it does not invest in the economy, but in the “cinema in the heads of Muscovites” (“Investitionen ins Kopfkino der Moskauer”).

The real incomes of the population are falling, and the "fathers of the city" are spent on turning the center of Moscow into a "fairytale city": illumination, silhouettes of couples in dance, luminous "flying saucers". The times are bizarrely mixed: in the capital, you can buy New Year cards with a design in the style of the XIX century, taste “Soviet” sweets and even install an application for a smartphone that allows a photographed person to give ... features of Stalin. The kiosks sold calendars with Stalin. Doesn't everyone like a tyrant? Well, fans of the royal dynasty are offered illustrated albums with portraits of Russian tsars. According to the correspondent, this indicates a "consuming nostalgia."

The time mash and fantasy of illusions have already gone beyond reasonable limits: at the evening service in honor of the Baptism of the Lord in the church of Sretensky Monastery, which, incidentally, is located near the headquarters of the state security special services (Lubyanka) ... they sanctified the water. Moreover, a temple is being built there in honor of the new martyrs, that is, the Christians killed by the Soviet authorities. Here is another terrible coincidence: the construction will be completed in 2017, right on the centenary of the October Revolution.

What should the West do with such Russia? It turns out that recipes are already available.

Erna Solberg, the Norwegian Prime Minister, advised Moscow to diversify the economy. Moscow needs to take an example from Norway.

At the international conference “Arctic Frontiers” in the polar city of Tromsø, Erna Solberg said that part of Norway’s oil revenues are being spent on diversifying the economy.

It is about creating other types of business, jobs in other industries, investments in science. At the end of the oil and gas era, other industries should work. According to Solberg, the stated principle can be used by all oil countries: Norway, Russia itself, Saudi Arabia, and so on.

“Diversify the economy, create new jobs and new sources of tax revenues to the state treasury. Oil and gas is a non-renewable resource, sooner or later their reserves will be exhausted, ”the prime minister quotes. "Lenta.ru".

In addition, Solberg stressed that the country needs to base the economy on knowledge and technology.

As for international relations with Russia, this topic was highlighted by the Canadian Foreign Minister.

Stefan Dion said that Ottawa hopes to resume dialogue with Russia. “We even had a dialogue during the Cold War,” he said. "Lenta.ru". - Now we almost do not communicate because of the policies of the previous government. How does this help Ukraine? How does this help promote our interests in the Arctic? ”

The foreign minister is even ready to take the initiative to improve relations with Moscow: if there are common interests with Moscow, he said, Ottawa "will take cautious steps to resolve differences with the Russian government."

Alarming topic of Russia continued Czech journalist Pavel Kohout. He warned the planet: in the event of a revolutionary “spring” in Russia experiencing an economic recession, someone could be “worse” than Putin.

In the Neviditelny pes edition (the translation source is "InoSMI") he recalled that the ruble continues to fall, and sanctions have a negative impact on the country's economy.

And if we compare the consequences of Western sanctions for Russia and the response of Russian sanctions for the European Union, the loser "definitely turns out to be Russia," the author believes. Statistics show that a year after the introduction of the Russian embargo on European agricultural products, the European Union ... increased exports in this sector. The fact is that the lost Russian market was offset by an increase in exports to the USA (by 16%), to China (by 33%) and other, mainly Asian, countries.

At the same time, Western sanctions do not particularly affect Russia. The political goal to return the Crimea is "unreal".

But low oil prices affect Russia: “This blow is worse than sanctions, because cheap oil hits the most sensitive places of the Russian economy and budget. French cheeses can somehow be replaced or completely dispensed with them, but this cannot be done with a failure in obtaining oil revenues. ” “Russia has failed to expand its export base, and the country remains dependent on oil and gas,” the journalist reminds.

What could lead the oil war? Speaking about the “regime change in Russia”, the journalist notes that “in this direction, no fundamental changes are foreseen yet.” Putin's popularity is high.

If low oil prices continue, the world can survive another series of revolutions like the “Arab Spring”, the author believes. “However, it is not clear whether Russia will become part of this series,” he writes. - And all the more there is no certainty that possible changes will benefit. There are worse rulers than Putin and the Saudi royal family. ”

According to the author, the United States, the European Union and Russia are by no means different civilizations. Such an understanding is simply the merit of propaganda that mentioned the West (the US and the EU) on one side, and Russia and its allies on the opposite. The result of many years of propaganda is the false impression that Russia and the United States belong to different civilizations.

"However, it is not. Both flank represent the exploiters carrying the western materialistic civilization. The two blocs were divided among themselves by the states that became exploited, consolidated all this by treaties and forced the developing countries to make a choice in favor of one of them. But whatever these countries choose, it’s about exploitation anyway. ”

And do not think that the picture has changed a lot with the collapse of the USSR. The events around the “Arab Spring” contributed to its preservation. Here are two examples: 1) The United States today does not object to Russia helping the Assad regime in Syria to settle near the Turkish border; 2) after the assassination of Gaddafi, a joint US-Russian operation in Libya appeared on the agenda. The author finds such joint activities as clear signs of “cooperation of two imperialist forces”.

Who are the “imperialists” aiming at? Abdulkadir Ozkan is sure that Russia and the United States are not only interested in Syria. “Their main goal is Turkey, and here the West and Russia are acting at the same time,” says the author. “Therefore, now we cannot be content only with the fact that the exploiting forces openly demonstrate.” We must also see a hidden goal and in this connection take the necessary actions. ” “In this regard, our society needs unity of action,” writes the journalist.

“We must be united and show the exploiters what we are capable of,” he sums up.

So, the West sees the following picture: in Moscow, the authorities arrange "cinema in their heads": here you have calendars with Stalin, albums with portraits of Russian tsars, and "Soviet" sweets, and the consecration of water near Lubyanka - in short, a fantastic illusion, goal which is the "devouring nostalgia." It is further stimulated by vodka, from which Russia is dying out.

In order to cope with the situation, some Western politicians are proposing that the Kremlin diversify the Russian economy: create other types of business than raw materials, create new jobs in various sectors, and invest in science.

Some analysts fear the terrible changes in the poorer Russia, namely the change of power. One cannot be sure that Putin will be replaced by a “worse” one in Moscow.

There were also such journalists that they consider the United States and Russia not to be the participants of the Cold War, but a single “imperialist force”, which decided to enslave both Syria and Turkey at the same time. Russia and the United States, operating in the same bundle, are called “exploiting forces” by the Turkish observer Abdulkadir Ozkan.

This mosaic gives one clear impression: every analyst, every journalist sees and defends only one point of view, avoiding giving a picture of the whole. Ozkan does not say a word about the Turkish plane shot down by the Turks and Ankara’s support of the “Syrian opposition”, and the correspondent of the “Frankfurter Allgemeine Zeitung” Kerstin Holm ignores the fact of consolidation of the Russian people after the annexation of the Crimea and the introduction of sanctions by the West. Or is Putin’s high rating also an invention of Kremlin propagandists?

Ctrl Enter
Noticed oshЫbku Highlight text and press. Ctrl + Enter
We are
Results of the week "I do not need a Turkish coast"Syria: Americans scare themselves, and Asma Asad buys chairs
134 comments
Information
Dear reader, to leave comments on the publication, you must to register.