Reincarnations in the Armed Forces


The Russian Armed Forces, in response to the increasing intensity of NATO exercises, deployed four new divisions, Colonel-General Oleg Salyukov, commander-in-chief of the Land Forces, said. The message in a matter of minutes was picked up by the Russian and primarily foreign media. Experts and commentators did not have time to discuss how this might affect the alignment of forces in Europe, and the head of the Pentagon, Ashton Carter, made an equally sensational statement. The US-led anti-Igil coalition engages ground forces.

It is noteworthy that if last year after the appearance news on the deployment of the Guards as part of the Western Military District tank The army’s leadership of the Russian military department spoke of some abstract “possible threats” of the Russian Federation, avoiding mentioning NATO, the current statement by Oleg Salyukov left no doubt: the new divisions would hold back the Alliance.

Similarly, in the USA: a little more than a month ago, President Barack Obama spoke on December 10, 7, addressing the nation, said that there would be no ground operation in Syria and Iraq.

The first information about the expected formation of divisions, now announced by Oleg Salyukov, appeared immediately after the 2015 village in the spring of the village of Mulino, Nizhny Novgorod region, returned to Voronezh the headquarters of the 20-th combined army, which had previously been withdrawn there during the transition to the new look. 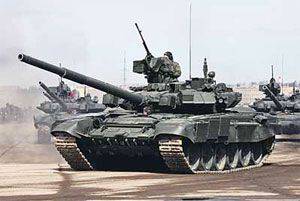 It was, in particular, about the possible appearance of new connections in the cities of Nizhny Novgorod and Boguchar.

12 of January of this year at the first conference call, the head of the military department Sergey Shoigu said that one of the most important tasks facing the Armed Forces in 2016 year is the formation of three divisions in the western direction. The Minister emphasized that it is necessary to immediately provide them with a full-fledged infrastructure, to arrange permanent residences. But nevertheless, he avoided mentioning the “containment of NATO”, leaving this statement to the Commander-in-Chief of the Ground Forces, Colonel-General Oleg Salyukov, who ten days later specified: it concerns three divisions in the western direction and one in the center. At the same time, it was emphasized that new connections will be formed on the basis of already existing brigades.

We will try to understand and make assumptions where and when the "anti-NATO" divisions will appear.

The first candidate is the 9-I separate motorized rifle brigade, almost simultaneously with the management of the 20 army, "moved" from the Lower to the city of Boguchar and the village of Valuyki. It should be noted that earlier plans were made to form the 10-th Guards Tank Division in the same localities. So the one that is created on the basis of the 9 ombsbr, will be either the 9 th motorized rifle, or 10 th guards tank. Another option is not excluded: the 20 OA of the Western Military District will be replenished simultaneously by both the 9 MSD and 10 Guards. etc., the base for the formation of which will be the 1-I Guards Tank Brigade, according to some data, currently being formed in the same Valuyki and Boguchar.

The second candidate is the 33-I separate motorized rifle brigade (mountain), currently torn between the village of Kadamovsky near Novocherkassk, Rostov region and Maykop. According to the original plans, by the end of 2015, the brigade was to transfer to the usual motorized rifle staff and completely move to the Rostov region.

The third candidate is a separate motorized rifle brigade, which was planned to form in Yelne, Smolensk region, on the territory of the military town of the former 144 Guards. MSD, which was reported back in November 2014 th. The infrastructure, in particular housing, built by the Federal Republic of Germany at one time after the division was withdrawn from Germany at the start of the 90-s, after carrying out restoration work, makes it possible to place a full-blooded connection without problems.

In the central direction it is planned to deploy one division. Candidates may be 15-I separate motorized rifle "peacekeeping" (Samara), 21-I (Totskoye) and 23-I (Ridge) Guards motorized rifle brigades. But priority is still due to the best infrastructure in 21 Guards. omsbr, previously reformed during the transition to a new look from 27 Guards. msd

If we talk about the deadline for the formation of new parts, December 2016 looks like the most optimal.

Why the decision was made to form divisions, and not new brigades, the Defense Ministry leadership, alas, did not clarify, confining itself to the statement that the mass service (td) is better suited for the tasks before them. It is not entirely clear what the organizational structure of the new formations will be if, according to the available data, even the 2-th Guards (Taman) motorized rifle and 4-I Guards (Kantemirovskaya) divisions that were previously reorganized are not yet fully formed. On their basis, various research works on optimization of OSW are continued.

It was easier with the Taliban

As in the case of the new divisions in the Russian army, plans to start a ground operation against the IS prohibited in Russia in the military-political leadership of the United States have been going for a long time. Despite the widespread belief that the US military has left Iraq, it is not. Since the end of 2014, units and subunits of the US Army have been sent there with the official goal of preparing Iraqi soldiers for combat operations against the Islamic State, which has begun a massive attack inland. 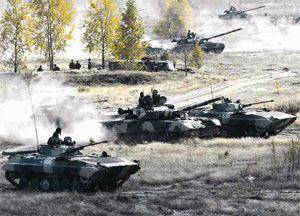 However, until the end of last year, the American contingent, consisting mainly of military personnel of the 82 airborne division, was a couple of hundred military personnel. But in November, the Pentagon announced its decision to deploy the 82 air assault division in Iraq instead of 101 airborne troops. According to the official publication of the US military, the headquarters of the 101 division will be responsible for planning the ground operation in Iraq, and the contingent itself will consist of more than a thousand military personnel.

According to 101 Commander, Major General Gary Voleski, three months before the formal decision to deploy the compound headquarters was actively involved in planning the operation “Inalienable Resolve” (Inherent Resolve, a joint operation of the “anti-Igilov” coalition led by the United States. - A.R. )

So, the preparation for the ground operation in Iraq and Syria by the American military began long ago. It is unclear just who of the coalition members will send a ground contingent to a hot spot. The strongest participants with large ground-based groups: Saudi Arabia, the United Arab Emirates, are unlikely to send their troops to smash the "Islamic State" they support. Military support from Turkey is also unlikely. As in the 2003 year, the entire load will go to the US and British armed forces, which will undoubtedly be supported by a couple of hundred fighters from Poland and, possibly, Latvia, Lithuania, Estonia.

According to the announced plans of the Pentagon, the direct participation of US troops in ground battles is minimized. The paratroopers of the 101st division will, as before, be primarily responsible for training the Iraqis. At the same time, the leadership of the department declares: one more task of the land contingent will be to help local commanders on the battlefield, and the presence of the Americans will maximize the opportunities aviation support

Another important task of the US military is to assume not only the planning, but also the organization of the logistics of the leading offensive against the IS of the Iraqi army.

Currently, some overseas media have already announced possible plans for a ground operation against the IS. At the first stage, with the help of Kurdish Peshmerga fighters, it is planned to surround Mosul, breaking an important transport artery connecting it with Raqqah, the main and virtually the only route of communication between the Syrian and Iraqi parts of the Islamic State. This is believed to lead to the isolation of IS militants in Iraq.

After the fall of Mosul, deploying to the west, the troops loyal to Baghdad should launch an offensive in the direction of Raqqa and its oil fields, having lost which, the IS will actually remain without funding.

A rather ambitious plan spoils one detail. Before you can get to Mosul, the Iraqi army will have to fight its way through the valley of the Tigris River, controlled by IS militants, who are well prepared for defense. Until now, all attempts to make any progress in this direction ended in great losses with the complete absence of results.

Another subtle point of the Pentagon’s plan: Turkey must completely block the border in the south, not allowing outside support of the Islamic State’s militants, as well as their retreat under the blows of Iraqi troops. As the US military itself admits, this is the most difficult part of the strategy. But, of course, there are signs that Ankara will still meet, at least partially.

In fact, the new US plan is the reincarnation of the operation in Afghanistan in 2001, when the Northern Alliance units under the leadership of the Green Berets, with almost continuous air support, defeated the Taliban troops in a matter of weeks and expelled the al-Qaida militants.

It is difficult to say how fast the attack on the IS will begin and how long it will last. Many questions are raised by the readiness to go on the attack of the Iraqi military, even under the guidance of American instructors and almost with constant air support, which the Pentagon promises.

And most importantly: the IS militants, unlike the Taliban, in 2001, were not only well-trained fighters, but first and foremost an organized and controlled military machine, clearly superior to the Iraqi army in its capabilities.

Ctrl Enter
Noticed oshЫbku Highlight text and press. Ctrl + Enter
We are
Military doctrine of the Russian Federation
39 comments
Information
Dear reader, to leave comments on the publication, you must to register.