Humanistic fundamentalism carries a far greater threat to the national security of any state than Islamic fundamentalism or any other. The modern mutation of humanism is a spiritual tool for establishing world domination of Western TNCs.

Since 70-ies of the XX century, the concept of “humanism” has begun to associate activity, which essentially has little to do with humanity, charity, love of neighbor. Under this banner, military operations began to be carried out, entailing huge civilian casualties, large-scale destruction of economies, poverty and hunger for the surviving inhabitants.

Did such a strange transformation just happen with humanism? Of course not. History shows that almost any philosophical doctrine aimed at improving the life of society, proclaiming the benefit of a person as its goal, at one or another stage of development, was turned by efforts of adepts into its opposite. Suffice it to recall Catholicism. Crusades with monstrous reprisals against the inhabitants of the captured cities, the Inquisition with hundreds of thousands of burned alive, completely destroyed the indigenous peoples of America - not a complete list of the "feats" of the Roman Church and all "in the name of Christ." Does the Son of God call people to this? Not. He called upon the pastoral to convert the nations into the true faith. So did the apostles. However, their heirs pastoral word replaced the sword. The same path was made by the idea of ​​humanism - from philanthropy, charity, love for one’s neighbor to humanitarian operations.

As a rule, social confrontation is conducted using all the basic methods, which can be divided into three main groups: informational, economic, forceful. I will not dwell on the last two, since they do not relate to our topic. Many methods of struggle in the information sphere can also be divided into three main groups: ideological, religious, scientific, technological, ethnocultural.

The last two are aimed mainly at achieving scientific and technical superiority, as well as at the formation of the ethnic and cultural foundations of the struggle (requirements, goals, objectives, etc.). The spiritual content of the social confrontation determines the collision in the ideological and religious sphere, that is, the ideological foundations of the opposing communities - states, social classes and groups. Experience shows that the ideological and religious sphere has a decisive influence on the course and outcome of the war. Those parties whose spiritual potential is higher, even yielding to the enemy in the number of personnel and their training, the quantity and quality of weapons and military equipment, have every chance of success. Examples abound. The poorly armed and insufficiently organized mojaheds of Afghanistan actually force NATO to leave their country. The same was achieved by the national liberation forces of Iraq. One explanation: a decisive spiritual superiority over the enemy.

From protest to Protestantism

In order for a system to become a spiritual foundation of a sufficiently massive unification of people, it must meet several requirements.

First, be simple, understandable to a significant part of the audience, which is addressed.

Secondly, give hope for the best. If we are talking about secular ideologies (humanism is one of them), then they should proclaim ideals, the achievement of which promises significant positive changes to a significant part of the population.

Thirdly, to offer a set of principles for achieving a better life that are understandable to ordinary people.

Fourthly, to have sufficient “modernization potential” in order to adapt to the interests of various social groups. The absence of such will inevitably turn adherents into a highly influential sect.

Fifth, to give a clear classification system: what is good and what is bad.

An important factor in the success of an ideological system is its relevance to the dominant economic model in society, which determines the social order. This is a key condition for stability. Inconsistency turns the ideological system into a powerful tool for the destruction of this system.

By changing or rebuilding ideological and even religious systems under the dominant economic order, conformity is achieved. A striking example is the appearance of Protestantism. It, if we discard the external and ritual aspects, served as a religious justification for the emergence of large and medium-sized capital, especially banking, usurious. Conversely, the dominance of socialist ideas in Russian society at the beginning of the 20th century led to the collapse of capitalism in our country.

Today, humanism as a theory and practice most fully meets the listed requirements. That is why, in fact, the atheistic West has made it the spiritual basis of its policy - both internal and external. But practice has become the opposite of theoretical humanism, at least in the form in which the founding fathers formed the foundations of the latter.

The basic position of the humanistic worldview is the recognition of man as the highest value in relation to all others: material, spiritual, natural or social.

The humanist feels part of all humanity Ideally, it is not bound by national or other frameworks. This implies a close connection between humanism and liberalism, which proclaims freedom as the highest value of life. The first can not be implemented without the second and vice versa. 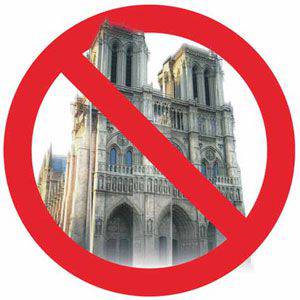 The main document of modern humanism is the Humanist Manifesto-2000. Focus on the most important aspects that determine its social impact.

In the matter of building a future society, modern humanists are unambiguously for a single global society with the rejection of states in the modern sense. A world parliament with legislative authority is envisioned. The basis of the global legal system should be a stronger world court with real means of ensuring its governance (that is, superior in this respect to today's Hague Tribunal and the Strasbourg Court of Human Rights).

The manifesto states that “it’s time to introduce a new way of identifying a person - belonging to the world community”. In essence, the authors of the document take the position of denial of the state as a relic of the past. “The de facto political boundaries of the world are arbitrary. We cannot reckon with them ... we are obliged to expand the circle of universal transnational rights of all members of the world community. " The attitude to the distinctive, ethnocultural is appropriate: "... we should be careful not to overemphasize national cultural characteristics." "Ethnic groups are the product of past social and geographical isolation, more uncharacteristic of the open world community."

That is, the division of peoples according to ethnicity is outdated and it is time to cancel it. From these provisions the concept of multiculturalism has grown. It has already put the countries of Western Europe on the brink of a demographic crisis, fraught with social explosions. Today, even leading European politicians, such as German Chancellor Merkel, are forced to admit the collapse of this concept.

At the same time, the manifesto argues that in addition to the existing responsibilities to society, everyone should be aware of the responsibility "for those who are outside the borders of our state." "It is necessary to continue to stand on the defense of democratic changes in various countries of the world community."

Guided by these postulates, the US and NATO have repeatedly “cared” for people outside their borders, supporting “democratic forces” in Yugoslavia, Afghanistan, Iraq, Libya, and Syria. Obviously, in order to expand opportunities for such good deeds, modern humanists demand in their manifesto the termination of the right of veto in the UN Security Council.

Their views on moral principles established in society are interesting. They "should not be based on inherited prescientific concepts that do not address the global, altered future." “Humanistic ethics are aimed at maximizing the freedom of choice: it is ... the right of each person to his own way of life, extending so far away as it does not harm others. Humanists approve of a variety of moral views and human values. ” The question arises: is it possible to build a stable society, where there are different ideas about good and evil? Obviously not. And the collapse of the concept of multiculturalism is another confirmation of this.

That is, the modern mutation of humanism actually creates a spiritual basis for the destruction of society as an integral system, turning it into a sum of individuals with different morals and principles of life, often incompatible.

According to modern humanists, “no one should be subjected to discrimination on the basis of ... sexual orientation. Couples of the same sex should have the same rights as heterosexuals. ”

“Many religious and political groups prevent the spread of contraceptives or the financing of programs aimed at reducing the birth rate and limiting population growth. As a result, economic development and the fight against poverty are slowing down, ”says Humanist Manifesto-2000. That is, the task of reducing the population of the Earth is openly posed.

The position of modern humanists in the development of science is also very dangerous. In fact, they require the abandonment of any kind of public control over the direction of technical progress, the application of new developments, including those that may pose a serious threat. Thus, the manifesto states that "humanists strongly oppose attempts to restrain technological developments, subject research results to censorship or deliberately restrict their scope."

In addition to the above, it is worthwhile to add that the Universal Declaration of Human Rights is also rejected, which "is fading into the background everywhere in the world."

The analysis carried out clearly shows that the modern model of humanism is anti-human. It is aimed at the destruction of all the foundations of modern society from top to bottom - from the state to the family.

The provisions of the Humanist Manifesto-2000 create the ideological basis for the formation of a global society, where the dictatorship of TNCs will replace the power of national governments. Because after the destruction of states, only they will remain the only force that determines the development of society.

Humanistic fundamentalism is especially dangerous for multinational Russia, a country with established traditions. Measures to counter it - the key task of ensuring our security.

Ctrl Enter
Noticed oshЫbku Highlight text and press. Ctrl + Enter
We are
The structure of world dominationWhy Rosneft buys TNK-BP
67 comments
Information
Dear reader, to leave comments on the publication, you must to register.