Trail of our infantryman


A little more than five months have passed since the beginning of the operation of the VKS RF in Syria. Summarizing the interim results at the end of the year, the leadership of the Ministry of Defense reported on hundreds of sorties, dozens of destroyed terrorist facilities, and effective support for the Syrian government forces.

At the same time, despite statements by the military-political leadership of Russia, including President Vladimir Putin, about the absence of plans for a land operation, various media outlets, primarily foreign ones, spread information not only about active participation in ground battles by Russian military personnel, but and the numerous losses of the Armed Forces of the Russian Federation in Syria.

What do we know

The Russian Ministry of Defense has never denied that units and subunits of the 810th Separate Marine Brigade are reinforced in Syria tanks T-90, performing the task of protecting and defending the Khmeimim airbase, also called upon if necessary (as was the case with the downed front-line bomber Su-24) to solve the problems of search and rescue of crews of VKS aircraft.

Moreover, the 28 brigade rotation of 2015, which took place on December 810 of the year, was actively covered, as was the pre-New Year concerts organized for the personnel located at the airfield in Syrian Latakia. The photo and video chronicles clearly show the Russian military equipment, including tanks, Tiger and Lynx armored cars. 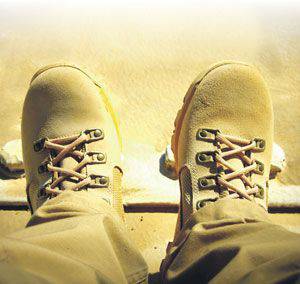 According to reports, the 186 servicemen from the air assault, reconnaissance battalions and sniper company of the Black Sea Marine Corps were sent to Syria in the first shift to Syria. According to Lieutenant Colonel Vasily Khomyak, his subordinates not only carried out the tasks of direct protection and defense of the airbase, but also carried out the cover of the glide path, conducting reconnaissance and search actions on the territory adjacent to the airfield. On December 28, not all returned to Crimea: during a search and rescue operation of a crew of a downed Su-24M, a marine, Alexander Poznich, was killed.

The first reports of the transfer of Russian tanks to Syria appeared in foreign media in early September last year, after satellite images of Basil Al-Assad International Airport (now Khmeimim airbase) were published. Then it was about seven combat vehicles, presumably tanks T-90.

The photos of the Blue Berets airborne ensemble concert held in early November for the contingent of the Russian Armed Forces in Syria on an improvised scene, clearly looked at the T-90 in a characteristic three-color color, but without tactical numbers and signs, which makes it impossible to determine whether the combat vehicle is specific military units. According to the foreign media again, the “nineties” guarding Khmeymim belong to the tank battalion of the 27 motorized rifle brigade (Mosrentgen village). True, the "Moscow" T-90, regular participants of the Victory Parade on Red Square, have long changed their camouflage to monochromatic green. Therefore, we can assume that tanks transferred to Syria are more likely to belong to the North Caucasian 19 or 20 ombsbr, or, it is possible, based on the South Ossetia 4-th military base. T-90 of these military units are still painted in a three-color deforming scheme.

In mid-November last year, at a briefing by the Ministry of Defense of Russia, it became known that the military of the 120 artillery brigade (the city of Yurga, Kemerovo Region) are in Syria. According to the electronic map presented at the event, which displayed the actions of the armed forces of the Syrian Republic, in the area of ​​Hamrat village in the province of Homs at that time there were six Russian howitzer MSTA-B. It is noteworthy that earlier photographs and videos with Russian artillery systems had already appeared on social networks (see “Volley for Black Banners”).

It should be noted that the personnel and equipment at the Hmeymim airbase are being protected not only by the marines of the 810 Brigade, but also by the military police units. In addition to the servicemen in the characteristic red berets, the “Lynx” armored cars got on the photo- and video-chronicle, which is surprising, since until recently it was announced that they would not buy these vehicles. But, as explained to the Military-Industrial Courier, a representative of the Ministry of Defense, familiar with the situation, decided to equip the military police with parts of the military police with Italian armored cars produced in Russia: “The contract for the issue of Ryysya is still formally in effect. For the troops, these machines are of little use, but as the tests showed, “Italians” are excellent for the needs of military policemen. ”

Another important aspect of assistance to Syrian government troops is the so-called military advisers, whose activities the Russian military-political leadership does not deny, but does not advertise.

It should be noted that Russian military advisers and specialists worked in Syria long before the outbreak of the civil war. According to reports, with the start of the fighting the number of “volunteers” sharply decreased, but they continued to perform certain tasks. Currently, the activity of military specialists and advisers has increased markedly, and their contingent has increased.

They are engaged, in particular, in combat training of Syrian officers, as well as newly formed units and subunits before being sent to the front line. It is noteworthy that the work is being carried out so actively and on a large scale that at present there are already quite a lot of photos of our compatriots conducting such classes in social networks.

Despite the fact that the Ministry of Defense denies the direct participation of Russian advisers in the battles, in one of the videos an officer (most likely with the rank of colonel) admits that during his stay here the national defense (Syrian government troops. - A.R.) passed a single position. Judging by the explosions and sounds of shooting, the recording was made during the battle.

The contingent of military specialists made even more difficult tasks - not only to train government forces to correctly operate and use modern weapons and military equipment transferred by Russia, in particular T-90 tanks, TOS-1 heavy flame-thrower systems, Smerch, Uragan MLRS, etc. etc., but also to restore the system of repair and evacuation equipment.

The effectiveness of the work of the Russian military experts can be judged by the following facts: during the December press conference, Vladimir Putin said that Russia had restored Syrian air defense systems.

The recently distributed ISIL on social networks photographs of military equipment seized from the Syrian government forces in the counteroffensive under Deir Ez-Zorom shows combat vehicles of the Kvadrat anti-aircraft missile system (launcher, installation of intelligence and guidance) in good condition.

Judging by the video chronicle, a part of the military equipment operated by the Syrian army was clearly damaged, but it was repaired and returned to service. And the militants are increasingly using instead of tanks, armored personnel carriers and infantry fighting vehicles some kind of ersatz fighting vehicles like handicraft armored jeeps, trucks and even tractors. Of course, one can argue about the effectiveness of such technology, recall the legendary “War on the Toyotas”, but one cannot deny that unlike the enemy, the system of repair and restoration of weapons and military equipment in the Syrian army is difficult but works and gives results.

In addition to the already mentioned divisions of the Russian army, the Airborne Troops may also be involved in the protection and defense of the Khmeimim airbase, as well as reconnaissance and sniper units of several airborne brigades. These are presumably reconnaissance and snipers of the 7 th air assault (mountain) airborne division, 34 th mountain and 74 th separate motorized rifle brigades.

Representatives of the Ministry of Defense interrogated by the Military-Industrial Courier did not deny, but did not confirm the presence of servicemen from the above-mentioned units in Syria. True, one of the interlocutors explained that the snipers and reconnaissance personnel 7 CMD (g) and 34 Omsbr (g), who had received special training for mountain operations, are best suited for operations in the province of Latakia with its hills and mountains.

In addition to the already illuminated T-90, the newest armored personnel carriers BTR-82 were also transferred to Syria. A big resonance last fall caused a video of the Syrian news agency with the participation of one of the "eighty-second" (in the characteristic three-color deforming color) in the fighting. In particular, in some places the plot is quite clearly audible Russian speech.

True, after this, the newest armored personnel carriers did not get into the photo and video chronicles anymore. But relatively recently, BTR-82 images with Russian military personnel appeared in social networks, taken, according to geolocation, in the province of Lattakia, in particular not far from the recently repulsed settlement of Salma. Judging by the fact that the combat vehicle caught in the lens is painted in a monotonously green pattern, this APC was recently handed over to the Russian army.

The Russian contingent in Syria includes special forces and units and military personnel of the Special Operations Forces Command. The KSSO’s participation in the search operation of the “black box” of the Russian Su-24M front-bomber shot down by the Turkish Air Force to President Vladimir Putin was reported personally by Defense Minister Sergei Shoigu (for more details, “For the“ black box ”). It is noteworthy that since the accession of the Crimea, this is the first time that our military-political leadership officially announced the actions of special operations forces.

Judging by the photos, the fighters of the KSSO have been operating in Syria since at least last September. True, the halo of mystery, enveloping the activities of the newly created command, makes it difficult to understand what tasks his fighters are solving. It can be assumed that it is not only about the performance of certain special and delicate tasks, but also about the physical protection of high-ranking Russian military, as well as about the participation of Syrians in combat training.

Simultaneously with the fighters of the KSSO in Syria, our special forces appeared, and with standard equipment - Tiger armored vehicles. According to some reports, this is a consolidated special forces unit, which includes units from several Special Forces brigades.

Special Forces soldiers also guard Russian military advisers and conduct combat training sessions. According to the Syrian media, our special forces participated in the search and rescue of the navigator of the downed Su-24M front-line bomber, Captain Konstantin Murakhtin.

Foreign media actively speculate about the composition of the Russian land contingent in Syria, often referring to unnamed sources in intelligence structures and national defense ministries in their materials.

Our military department prefers to pass over in silence the fact of the presence of a land contingent in Syria. All Russian participation, according to official information, is reduced to the work of a special-purpose aviation group. But reports of gunners in the province of Homs, a report by Sergei Shoigu on the successful operation of the KSSO, numerous photo and video plots prove another.

An overly restrained information policy creates a field for various propaganda speculations and claims of numerous losses and atrocities against the civilian population of the Russian military in Syria, which is not true. There is no need for us to deny that our compatriots are taking a limited, but directly participating in the hostilities, organizing the combat training of pro-government forces, helping them to master new types of weapons and military equipment, to repair broken down combat vehicles.

Ctrl Enter
Noticed oshЫbku Highlight text and press. Ctrl + Enter
We are
Military reform as an integral part of the security concept of the Russian Federation: Systematic dynamic assessmentInterview by President Bashar Al-Assad to the Sunday Times
60 comments
Information
Dear reader, to leave comments on the publication, you must to register.