January 27 2016
88
27 January 1944 was closed one of the most terrible pages in stories of humanity. This is a blockade of Leningrad, organized by the Nazi occupiers. It was 27 January 72 a year ago the blockade of the city on the Neva was completely lifted, and today this memorable day is celebrated as the Day of Military Glory of Russia. The corresponding federal law No. 32 “On the days of military glory (victory days) of Russia” was signed in the Russian Federation in March 1995.


The original name of the Day of Military Glory is the Day of the lifting of the blockade of the city of Leningrad (1944 year). However, in 2013, it was decided to correct this name, since at the end of January, 1944-th by the Soviet troops, who had previously unblocked several sections in the Leningrad direction, had completely blockaded the blockade. 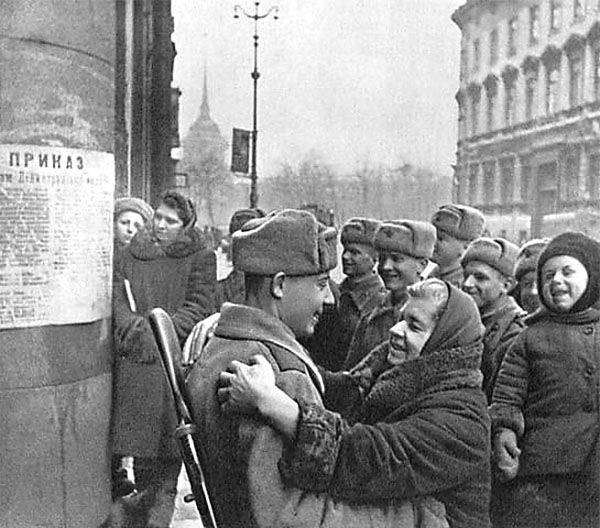 27 January 1944 of the year ended the horror in which the city existed 872 day and night. There is still no absolutely accurate data on how many lives Hitler's plan to transform the most beautiful Soviet city - the northern pearl - into ruins and ashes. Until now, scientists are arguing about how many residents of besieged Leningrad died from Nazi bombs and shells, which - from hunger and cold, which - from epidemics caused by lack of food and elementary medicines.

According to the most modest estimates, the number of Leningraders who died during the blockade of the day of 872 amounted to 650 thousand people. This suggests that more than 30 people died in Leningrad in one blockade hour - and so more than two years. And because we are talking only about the civilian population. And how many fighters of the Red Army, who did everything to liberate the city from the enemy's grip, remained forever in the damp and cold land? ..

The Siege of Leningrad is one of those monstrous crimes of Nazism, which should never leave the memory of humanity, despite the decades that have passed since the Great Patriotic War. Unfortunately, today there are enough of those who are determined not only to reinterpret historical facts, but also to completely erase the seemingly obvious things - about the feat of both Leningrad residents and warriors who made efforts to lift the blockade.

Strange arguments appear that it might be more expedient for the Soviet leadership to surrender the city on the Neva to the enemy and thereby "save" hundreds of thousands of lives of ordinary Soviet citizens. The arguments of such a plan are strange if only because it is one thing to talk about “expediency / inexpediency” sitting at a cup of coffee in a warm studio of some remote television station or a similar radio station, and it is quite another thing to make decisions in the conditions of an offensive of the enemy on all fronts, having real experience in military strategy and tactics. Only one fact, according to which, almost 900 days, Soviet forces held down large-scale (more than 700 thousand "bayonets") forces of the Nazi occupiers (including not only the Third Reich forces, but also Finland and Spain), preventing the enemy from transferring these forces on other areas and sectors of the front, inflicts on ideology "it is better to surrender than to defend" a crushing blow. Although the ultra-liberal Kompashka is ready to make other “arguments”, if only to work out its thirty pieces of silver and continue to make attempts to mud the feat of the Soviet soldiers.

During the squeezing of the Hitlerite vice, over 102 thousands of incendiary and about 5 thousands of high-explosive aerial bombs were dropped on Leningrad. More than 150 thousand artillery shells exploded in the city.

However, neither the bombs, nor the shells could shake the spirit of the real Leningraders - people for whom the idea of ​​national opposition to the enemy, and the idea of ​​LIFE became the main idea. It was not for nothing that “Dear Life” was named the route on the ice of Lake Ladoga, with which more than 1,6 million tons of cargo was brought to the city, and almost a half million people were evacuated from the city. For many of Leningrad, it was “The Road of Life” that really gave them life, the meaning of which was felt in the days of the genocide of the city’s population by the Nazi criminals. Sometimes a small handful of bread crumbs, soaked in cold water, saved a man from death by starvation, found almost without movement in one of the city’s basements. An extra portion of glucose was pulled out literally from the next world exhausted from hunger and illness of Leningrad children. It hurts to look into the eyes of these children, captured by Leningrad photographers: 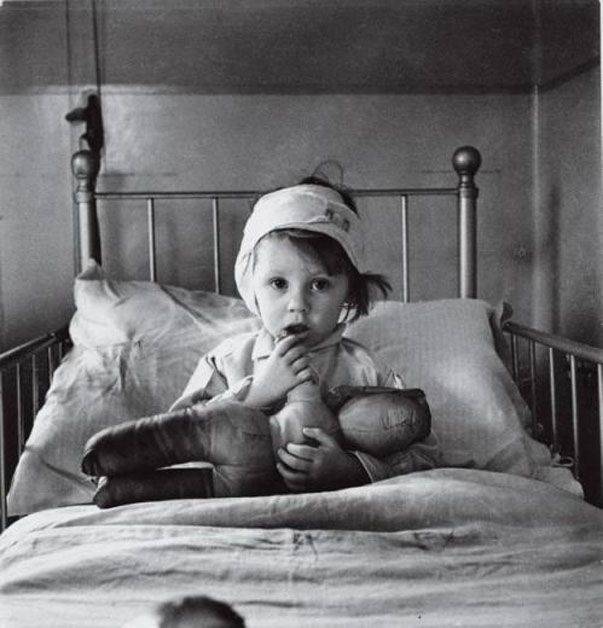 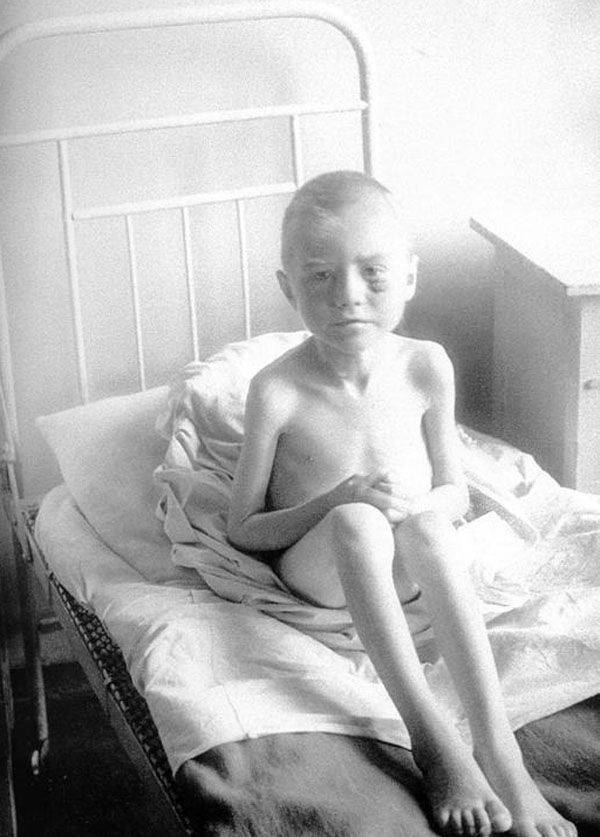 But it was they who survived all the horrors of the blockade, then they studied and worked - they built, rebuilding their hometown, and with it the whole country drained of by war.

Among the numerous documents with evidence of Nazi war crimes during the Nuremberg Tribunal was presented a tiny notebook Tanya Savicheva. In this book there are only nine pages, on each of which a Leningrad schoolgirl made short notes about the death of her relatives and friends. From the diary of Tanya Savicheva:

Lump in the throat...

Tanya herself died of exhaustion and tuberculosis in the summer of 1944, while in a boarding school. In 1981, in Shatki (Gorky region) - at the place of Tanya’s death and burial - a memorial was opened in memory of her - a girl who spoke in short words about the horrors of the Leningrad blockade. 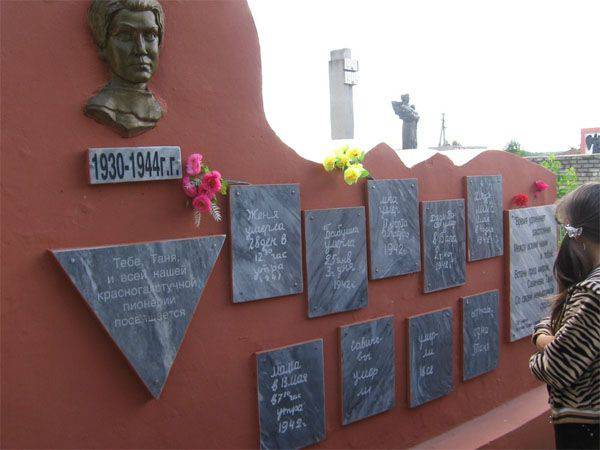 Eternal memory to the people of Leningrad and the soldiers who fell during the liberation of the city from the deadly grip of Nazi ticks who died during the blockade! Eternal glory to those who have gone through terrible blockade days and nights and have become a real living symbol of disobedience and courage!