The military budget of Belarus: where to spend "crumbs"? 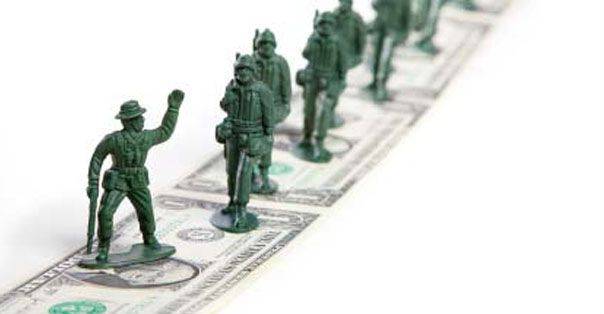 Belarus, as a peacemaker, does not seem to need an army. This conclusion is made by military experts against the background of an analysis of the defense budgets of the country of previous years. Recall that 18 December 2015 of the year in the Republic of Belarus for a record short time (for two days!) The budget for the 2016 year was adopted. And since the coming year promises to be even more stressful and difficult for the economy, numerous analysts consider it an honor to plunge into the calculations of who and how much will fall out of the “bins” of the state in the coming year.

The Military-Political Review also assessed the military component of the budget. After analyzing the volume of cash allocations for the needs of the Ministry of Defense of previous years, the conclusions were not the most positive. It is important to note that according to the results of the study, the following pattern was derived - the volume of financing in recent years has been constantly growing, but in terms of foreign currency (US dollars) were approximately at the same level. For example, financing the needs of the Ministry of Defense of Belarus in 2014 amounted to 7,9 trillion. rubles, which is equivalent, at the time of the adoption of the budget, was 779,4 million dollars. The following 2015 year showed a positive trend in the increase in the budget in Belarusian rubles, with 7,9 trillion. rubles, up to 8,8 trillion However, in dollar terms it was already 746,1 million.

Interestingly, in 2016, the 10 trillion was allocated to the needs of the military department. rubles! But again, when converted to dollars (at the rate at the end of January 2016) - this amount turns into a modest 540 million. This figure is already significantly lower than even in neighboring Lithuania (574 million euros), whose army is four ( !) times less.

However, the leadership of the Baltic countries does not regret allocating additional funds for the purchase of new weapons. Lithuania, Latvia, Estonia annually increase allocations for their own armed forces, procure new radars, armored vehicles, howitzers, helicopters, anti-tank systems and MANPADS. Against the background of the new defense budget of the Republic of Belarus, the statement of the Lithuanian Ministry of Defense of the Region about the purchase of 88 German Boxer armored personnel carriers worth about 400 million euros (about 8,5 trillion rubles) just looks mocking.

It is important to emphasize that the rest of our neighbors are not lagging behind in the same indicators. Thus, a poor and belligerent Ukraine declared that more than 100 billion hryvnias (a little more than four billion dollars) would be spent on military needs this year, and the military department of the Republic of Poland could count on the 8,9 billion dollars, which were record for the country this year. ! Apparently, it was not for nothing that the Minister of Defense of Belarus, Lieutenant-General Andrei Ravkov, in one of his interviews with the national television, unequivocally pointed out the possibility of potential threats and challenges from Poland.

An important factor is the fact that the NATO leadership, in a “voluntary-compulsory” procedure, recommended to the member countries of the alliance to bring their military spending to the level of 2% of GDP. And everyone is striving for it successfully, and some, for example, Estonia, even exceeded this indicator (2,07%). For comparison, in Belarus’s 2015, the military budget was about 1% of GDP, and in 2016, according to forecasts, it will be even less - 0,8%.

It is not difficult to calculate what all the same can afford to buy the defense department of Belarus with the allocated funds. Moreover, the military-political leadership of the country declared the need to acquire new aircraft, the air defense system, the Polonez MLRS and the planned modernization of numerous weapons.

And again, it will be appropriate to recall the statement by Andrei Ravkov on plans to purchase Yak-2016 aircraft from Russia on 130 and Tor-M2 anti-aircraft missile systems. In addition, in the summer of 2015, it became known that a contract was signed between the Ministry of Defense of Belarus and the Russian Helicopters holding for the supply of six Russian-made military transport helicopters Mi-2016MTV-8 in 5.

Let us turn to the numbers: four combat training Yak-130s will cost the defense budget about 60 million. The amount of the deal with the Russian Helicopters holding is estimated at $ 100 million ($ 15 million per car). And all these are minimal, primary needs for aviation. As a result, we already get the amount of almost a third of the allocated funds (160 million dollars), excluding the purchase of even one new modern fighter, whose approximate export value is about 50 million.

Now consider the possibilities of the Belarusian defense ministry in acquiring air defense systems. For the new complex "Top-M2" will have to pay about two million, and the desired division will cost 30 million. And, of course, it would be simply indecent not to say how much a C-400 division (which includes eight launchers, a control center, a radar station) can cost. Its cost is as much as 500 million dollars, which is almost the entire budget of the Belarusian military department.

Yes, there is an assumption that in the case of a purchase, Russia will lower prices slightly or allow a deferment of payment. But, nevertheless, for Belarus, at the moment, such amounts remain exorbitant. Summing up, one can say the following: with such funding for the defense sector, sooner or later the question will arise: pay the soldiers ’money allowance and feed the conscripts or buy modern equipment.

At the same time, it is absolutely clear that the financing of the defense complex of our country and the number did not stand with the level of military expenditures of the neighboring countries and the military assistance rendered to them from the North Atlantic Alliance. And this directly affects all sectors in the field of national security. In addition, one should not rely on the help of Russia, as the main strategic military partner of Belarus, it is necessary to take into account the current economic situation there.

Based on this, Minsk needs to independently find opportunities for organizing and adjusting its own weapons, as well as looking for new partners. These include the joint development with the People's Republic of China of the modern MLRS Polonez, the beginning of work on the development and creation of their own cruise missiles, the formation of new, modern areas of air defense, and the modernization of existing weapons. In the foreseeable future, it is planned to continue re-equipping the country's army with modern types of weapons and military equipment, including those produced by national manufacturers. In particular, the equipment for the integrated protection of aircraft from high-precision weapons - Onboard complexes "Satellite" and "Talisman". It is not excluded that, not without the help of Ukrainian colleagues, the production of active Barrier and Dynamic Knife protection systems for tanks T-72B.

The main thing is that all these projects should be brought to a logical conclusion, and should not be interrupted due to problems with financing. Belarus on the world political arena of 2015 of the year was perhaps the most important peacemaker, which brought dividends. However, this is not a reason to stop “feeding” your army, otherwise there is a risk to start feeding someone else’s.

Ctrl Enter
Noticed oshЫbku Highlight text and press. Ctrl + Enter
We are
About Stalin and KhrushchevMilitary reform as an integral part of the security concept of the Russian Federation: Systematic dynamic assessment
44 comments
Information
Dear reader, to leave comments on the publication, you must to register.