January 28 2016
45
It seems that induction and deduction, like all logical science, is not in the esteem of our statesmen. Induction is a process of rationale based on the transition from private to more general provisions. Deduction is the opposite way of justification, from the general to the particular. As an example, I will cite the forecasting of inflation in Russia over the past year by the main economic and financial departments of Russia. 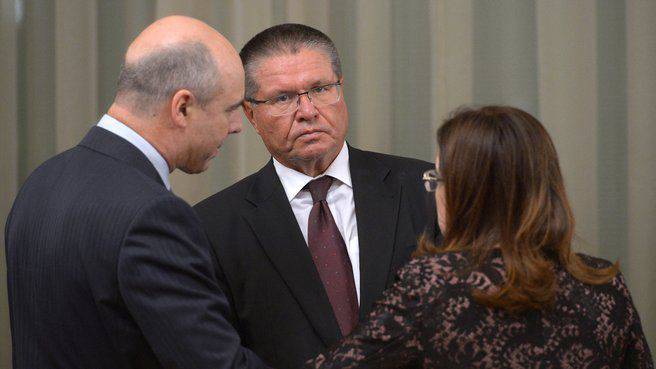 Note that the exact forecast of the Ministry of Economic Development falls on September, the Ministry of Finance - on December 30 (when Rosstat had preliminary estimates, and it was impossible to make a mistake), and the Central Bank - on March 2015. It turns out that each department considers the forecast values ​​for its internal methods and does not pay much attention to colleagues from neighboring ministries.

In recent years, in the open press one can find many similar “accurate” forecasts for the growth (decrease) in real wages of Russians, the growth (decline) of GDP, the rise (decline) of industrial production, capital outflow and other macroeconomic parameters.

For some reason, in most cases, especially over large periods of time, the projections of these serious agencies are noticeably “embellished”, which creates high risks for the development of the economy and in general for the country's security. This situation greatly reduces the confidence of citizens in specific power figures and the results of their work.

Recently, in mid-December 2015, the state was adopted Budget for 2016 yearwhere the inflation rate is fixed 6,4%. But a month later, the Central Bank announced that inflation would be at least 7%. And many financial and economic experts, who believe that the bottom of the recession has not yet been reached, already speak of a two-digit inflation this year.

Based on an analysis of the situation and the conclusions of these “respected” state structures, the legislators and the president of the country make the most important decisions that affect the lives of every Russian. In particular, the federal authorities increasingly began to declare that the bottom of the crisis had been reached and that the economy was turning upwards. October 13 2015 President Putin saidthat the peak of the crisis has been reached, and the situation in the economy is close to stabilization. But, as the last months of 2015 of the year, and now January of this year, have shown, it was premature to draw such conclusions. The budget for 2016 of the year, on behalf of Prime Minister Dmitry Medvedev, will be revised to reduce costs over the coming week and submitted for approval.

Why does this situation repeat for the second year in a row? Does this mean not enough professional execution of budget planning in the last two years? Where is the logic here? Why does the real situation, as a rule, turn out to be worse than the forecasts of the departments, in which the salaries of the employees significantly exceed the national average? Do the leaders of these departments, and the departments themselves, which in their work, instead of objective, including logical, justifying their conclusions, periodically “guess on the grounds” meet the requirements of life? Is it possible, on the basis of their conclusions, to successfully manage financial and economic processes and the development of the country as a whole?

Ctrl Enter
Noticed oshЫbku Highlight text and press. Ctrl + Enter
We are
Revenues and inflation. Who will win? Part of 2Missed chapter "Strategy-2020"
45 comments
Information
Dear reader, to leave comments on the publication, you must to register.