"Old Partner" under the wing of the CIA

January 27 2016
9
In “The New York Times” appeared material in which it is told about the leading and guiding activities of the CIA during the preparation of the “Syrian opposition” units. As it turned out, Saudi Arabia played a crucial role in the CIA program approved by Obama in 2013. The Saudis paid for the training of militants and the supply of them weaponsand the CIA trained the "rebels". 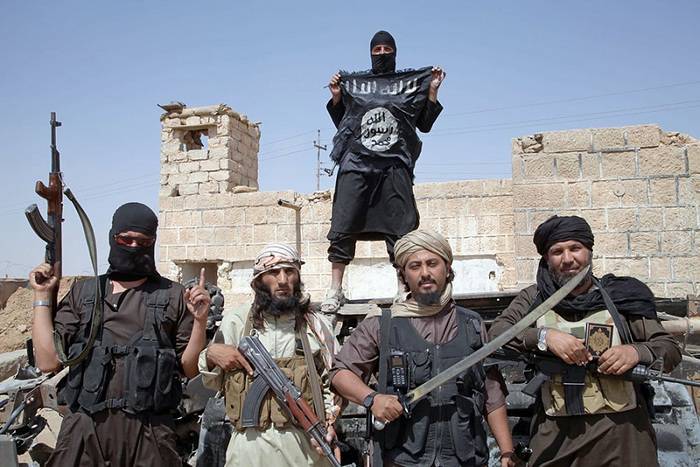 The US CIA is dependent on Saudi Arabia in conducting a secret operation to arm the Syrian "rebels" because it relies on Saudi money, write Marc Mazzetti and Matt Apuzzo in "The New York Times".

According to journalists, in 2013, President B.H. Obama "secretly authorized" the actions of the Central Intelligence Agency, aimed at supplying weapons to the "rebels" in Syria. By that time, the goalkeepers already knew who would be their “partner”, ready to pay for a secret operation. A well-known partner who has been friends with the United States for more than a decade: Saudi Arabia.

The CIA and its “colleagues” from Saudi Arabia have so far maintained an approach to the operation, codenamed “Sikomor”.

Under the terms of the deal, which the current and former White House officials revealed to journalists, the Saudis supplied weapons and gave large sums of money, and the CIA played a leading role in training insurgents using "AK-47 assault rifles and anti-tank missiles."

The “division of labor” scheme, of course, is old and proven.

The “former bonds” created on the basis of “cheap oil and geopolitics”, the authors of the material note, have long been linked by two countries. However, for some time, the “bonds” were weakened. US dependence on foreign oil has decreased markedly. Well, the Saudis did not like the diplomatic rapprochement of the Obama administration with Iran.

And yet the old alliance is preserved. He "keeps afloat" thanks to Saudi money and the recognition of a number of mutual benefits. In addition to its vast oil reserves, Saudi Arabia acts as the spiritual leader of the Sunni Muslim world. Therefore, the United States does not openly criticize Saudi Arabia for human rights violations, attitudes towards women and support for extreme forms of Islam (Wahhabism), which inspires many terrorists — the very ones that the United States is fighting. The Obama administration this month did not even condemn the public decapitation in Saudi Arabia of a Shiite cleric Sheikh Nimr al-Nimr.

The degree of "partnership" of the Saudis with spies from the CIA and the amount of their direct financial support were not disclosed, the authors write further. It is estimated that the total cost of supplies and training is several billion dollars. “They understand that they have to deal with us, and we understand that we have to deal with them,” said Mike Rogers, a former Republican congressman from Michigan, who was chairman of the House Intelligence Committee at the time CIA operation was launched. Details of the secret program Rogers refused to discuss.

Representatives of the CIA and the Saudi Embassy in Washington also refused to comment.

Saudi "efforts", American journalists continue, were sent by Bandar bin Sultan, who at that time held the post of chief of intelligence of the kingdom. It was with him that the Saudis bought "thousands of AK-47 and millions of cartridges in Eastern Europe for the Syrian rebels." Tseerushniki helped organize some of these purchases for Saudi Arabia (as one of the first examples is a major deal in Croatia, 2012). A few months later, Mr. Obama agreed to the CIA about the "direct armament" and the training of the rebels at the bases in Jordan. Changes were made to the “Sikomor” program, which allowed starting deliveries of “lethal” weapons. Since that time, the CIA has been training, and Saudi Arabia has been conducting monetary operations and supplying the rebels with weapons, including anti-tank missiles.

Qatar is also “helping” - this state finances education and allows using its base as an additional area for training. But, as American officials explained to journalists, Saudi Arabia is making the greatest contribution to the operation today.

In the near future, according to journalists, the alliance of the CIA and the Saudis will only strengthen. Prince Mohammed bin Naif, the Saudi interior minister, who continues, following Bandar bin Sultan, to arm the Syrian rebels, is familiar with CIA Director John Brennan since 1990 of the year (he was a CIA resident). There is evidence that these two still retain friendship. There is also other information according to which Mr. Brennan, while laboring in Riyadh, was "the true center of American power in the kingdom." Former diplomats reminded reporters that the most important discussions always went through the CIA station.

After such a publication in the New York Times, even the most naive American should guess why the United States refrains from criticizing Riyadh about “human rights,” the beheading of dissenters, the unenviable position of women in society, and other acts of the Wahhabi regime.

Despite the continued support of Wahhabism and terrorism by the Saudis, Washington continues to be friends with its long-time partner, with whom the petrodollar was created in the seventies of the last century. And the current close ties of the intelligence communities of the two states, democratic and monarchical, once again prove that the "exceptional" US has the only value: the benefit. The benefit criterion is applied both in politics and in the economy. Therefore, speaking of Russia, Washington uses the term “Putin's regime”, and speaking of Saudi Arabia, it turns to the tender concept of “old partner”.

Observed and commented on Oleg Chuvakin
- especially for topwar.ru
Ctrl Enter
Noticed oshЫbku Highlight text and press. Ctrl + Enter
We are
Prospects for intervention in Syria. Turks and Saudis are preparing for war or bluffing?Iran in the Syrian conflict. The confrontation with Saudi Arabia and the interests of the Shiites
9 comments
Information
Dear reader, to leave comments on the publication, you must to register.