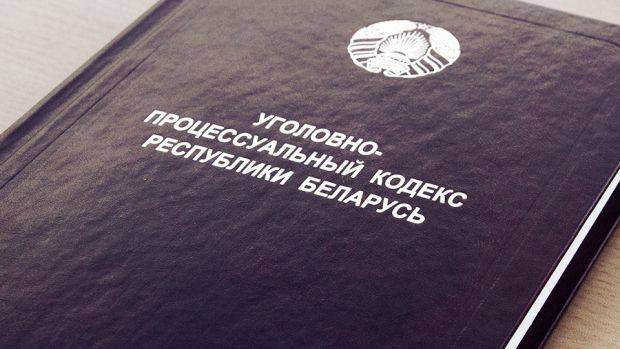 In the Armed Forces of Belarus, on January 11, on the 2016 of the year, planned activities are being carried out as part of the combat readiness check - a number of military units and subunits are given to the highest degree of combat readiness with a call from military reserve. Immediately it should be emphasized that the persons liable with the highest degree of responsibility treated these activities. This is confirmed by the successful fulfillment of the tasks assigned to the respective military units.

Therefore, the appearance in the individual media calling themselves “independent” media that a certain 25-year-old programmer Alexander Onischuk declined to take measures to test, while displaying amazing “ingenuity” made it imperative to warn him about the fees for 10 days, bewilderment

At the same time, Radio Svaboda and the 97 Charter, without knowing it, raised the important issue of further improving the mobilization call-up system, military service call-up or attendance at training camps.

The fact is that in the course of the events, along with the list of traditional measures of combat readiness, special attention was paid to the fulfillment of the respective duties by all officials liable under conditions of sudden receipt of orders to bring military data to alert.

Needless to say, the army is designed to ensure military security, taking into account the essence of modern warfare and armed struggle.

If a deviation programmer would study well and know the basics of modern military affairs, he would certainly understand how the same informatization affected the essence of modern warfare.

But, apparently, Sasha Onischuk studied mediocrely, for example, I did not read the works of the same Alvin Toffler, I did not see modern military literature at all. Accordingly, he is clearly unable to understand that a transformation has taken place in which we all live - it accelerates, condenses, becomes a mode of life online. That is, decisions must be made immediately, immediately, without swings. Moreover, there is also a change in space when literally everything becomes close by as a result of communication using the same Internet ...

So while they will warn Sasha Onischuk for 10 days before the surprise check or mobilization activities, the war may end and not in favor of our draft dodger ...

Therefore, I advise a programmer to deviate programmers by all means to get acquainted at least with the following books of the author named above “Metamorphosis of Power” and “War and Anti-War”. By the way, in the latter, as an epigraph, words are given that are more relevant than in the new century: “You may not be interested in war, but then war will interest you.” Prophetic words for deviation ...

By the way, as reported by the military commissariat, the notification of the military service Onishchuk and the presentation of the agenda to him were carried out in strict accordance with the legislation of the Republic of Belarus. The fact is that the notification of military service, called for fees, is carried out in advance (for 10 days), with the exception of test fees. As for the verification fees, the appeal is carried out in the time provided for in the mobilization plan or in the appropriate order. On January 19, the military commissariat received an order to recruit and supply mobilization resources for test fees. Since Onishchuk’s January 19 was not at his place of residence or work, he had to carry out his search and additional notification, personally by the chairman of the village executive committee together with an employee of the ROVD.

Of course, the evasion of Onischuk’s call-up activities did not affect the combat readiness of the respective military formations. Over the past five years, Onischuk-type draft dodgers account for a tiny fraction of a percent.

However, the law is harsh, but fair. It is quite likely that Onischuk will have to change in the future the place of work of the programmer to another place where the so-called correctional work is being carried out, or to an arrest house.

The most important thing is that with the help of Radio Svabod, there will certainly be questions about toughening up penalties for evading conscription charges or in connection with mobilization, as well as simplifying the warning system when performing these activities.

And then it comes to a joke - officials go for Sasha Onischuk and persuade him to take the summons and come to the military commissariat !? Our super-tolerance has really affected here ...

Only here with the draft devotees should be short. In the meantime, for 25-year-old underage Sasha, military duty is performed by others. Others protect the homeland ...

Criminal Code of the Republic of Belarus

Article 436. Evasion of a reservist or a person liable from attendance at training camps

1. Evasion of a reservist or a person liable for attendance at training (occupations) - shall be punished with a fine, or correctional labor for up to one year, or arrest for up to three months.

2. Evasion of a reservist or a person liable for attendance at training camps, accomplished by deliberately causing bodily harm to himself, or simulating a disease, or forgery of documents or other deception - shall be punished with a fine, or arrest for up to six months, or restraint of liberty for up to two years old.

Ctrl Enter
Noticed oshЫbku Highlight text and press. Ctrl + Enter
We are
What ships of the Ukrainian Navy raised the flag of St. Andrew (photo review)Military reform as an integral part of the security concept of the Russian Federation: Systematic dynamic assessment
15 comments
Information
Dear reader, to leave comments on the publication, you must to register.