Russian airborne armored cavalry tank divisions in the Donbas is over!

January 26 2016
232
Loud such a headline, huh? But it is necessary to begin with a certain lyrical digression, a narration about freedom. Freedom is a wonderful state of mind and body. And every normal person understands this. 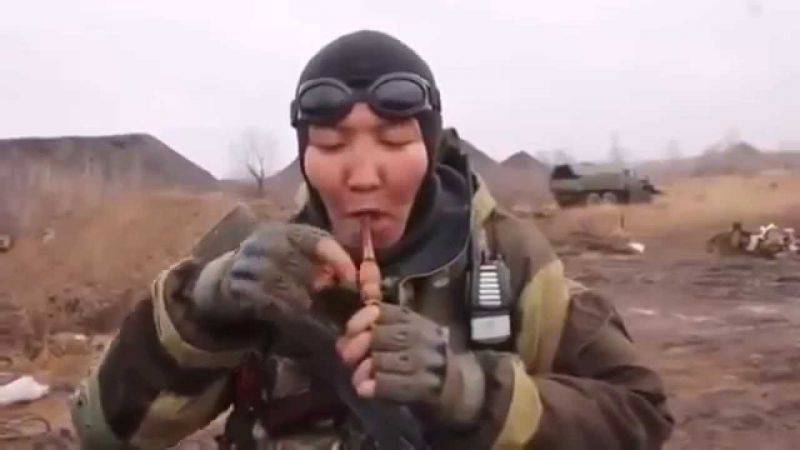 But there is one “Freedom” that we do not understand. Maybe somewhere and understand it, as it should, but we do not. I mean Radio Liberty. Probably, we do not understand precisely because we operate with our own concepts about freedom of speech in particular. And without such a huge amount of outright lies. What for? Anyway, the truth will be known sooner or later.

But nowadays you cannot get away from the information flow. We read a lot. Sometimes we watch TV. Therefore, in the course of some events.

So I got on the site of the radio itself. Got and read ... Not to say that quality, but fantastic. And I love science fiction since school days. It is interesting to read thoughts about what will happen or what might have happened sometime. This time I read the interview with American science fiction, oh, sorry, military expert Philip Karber.

I myself understand a little in military matters. Because the opinion of the American colleagues was interesting. And not a boy wrote. Like the same age. One generation we. We live in the world quite a lot already. And saw a lot.

This very Philip Carber proudly writes that he came to Ukraine for the 18 time. And the problems of the Ukrainian army knows from the inside. He even ate with Ukrainian senior officers. And slept with them in the same hotel. And this, you know ... View from the inside. I will write further just by interview. There is not even much to comment on.

"Considering the state of the army at the beginning of the war, the level of training of the fighters, the number of vehicles and other achievements of it is a miracle. Your fighters were able to stop Putin! Of course, he could attack with large forces, but still it is a miracle."

Nothing to start with? I wonder what they fed, especially what the Ukrainians fed the American expert? You did not know, and the American perfectly saw the attacks of our armored cavalry landing units! And he saw the superiority of the Russian army. What, fat so vkoryachivaet? Come on ... we ate this lard, and did not catch such "pictures". So it's not the fat matter at all.

But the miners Carber did not see. What to look at them? I did not see the brain, I did not see Bednova ... I will not even list them. It's easier to watch the parade in Donetsk or Lugansk. And pay attention to the awards defenders of Donbass. Everything is visible there. But continue to read.

“One and a half years, the Russians, it can be said, trained the Ukrainian army, and now it’s a completely different army! Of course, Russia can increase the onslaught, use Aviation or even use nuclear weapon. But if they continue the current tactics, then nothing will be achieved. I communicated with all the brigade commanders on the front line, and there is not one under whose guidance I or my son would not be ready to serve. "

Pheasants, you say? Or peacocks? Interestingly, if an American military expert is ready to serve in the Ukrainian army, then in what condition is the American army then? Although most recently, many have seen the weeping American commandos on the boats captured by the Iranians. Philip is probably right. If specialists catch like boys then ...

"However, there are bad news. In particular, attacks on General Nazarov, Deputy Chairman of the General Staff. People say that he must answer for the death of fighters in the transport aircraft, which sent to the Donetsk airport for help. As for me, this is nonsense - if people without military experience start accusing officers of military losses, this country is doomed, and its armed forces can be thrown into the garbage. "

Here it is interesting. Already from the point of view of the military. The generals are not to blame for the useless death of soldiers ... And who is to blame? Who planned the "great victories"? And why the hell then need generals?

No, of course, I can believe in the military genius of former artists, drivers and miners. I can even believe that in reality these are personnel officers "from the former" or "vacationers." Only here as a military man I understand perfectly well that intelligence is more important to the commander than the thoughts of politicians from the Rada. The great Ukrainian army has no intelligence? Joking expert Intelligence in a civil war lives like a fish in water. The best environment, so to speak. There is a man on both sides of the front. Around a mess ...

"The army needs people to take responsibility for hard decisions, for decisions that endanger the lives of soldiers. Even Machiavelli said that war is half good and if officers don't make a decision until they are sure about 100 percent, the enemy will take advantage of their passivity and win. "

This is probably the only place that I fully support. Although the words are not an American expert, but this is true. A commander is not the one who sends soldiers to death. And the one who performs the task and keeps his unit in combat readiness. And he does not hide his eyes for his order in front of the surviving soldiers, because he is right. A thousand times right and he went in the same row with the fighters. This is the commander. The rest is garbage in uniform.

But the following will be a discovery for you. Not because you do not know the essence of the events. Just because a military expert does not write malicious notes, but quite seriously.

"The defense of airports was an extremely important task for a number of reasons. First, if separatists declare autonomy, then according to international law, one of the indicators of this autonomy is an airport or seaport, and that is why, by the way, militants need Mariupol so much. Second “Any airport would give Russia the opportunity to conduct military operations much faster and quickly change their vector. And, thirdly, the separatists allegedly tried to create their own air force: Russia gave them several planes."

Probably, you remember these attempts to restore training planes in the Donbas. So, it was they who, as it turned out, destroyed the Ukrainian aviation. And drove these planes from Russia. Funny But the report will be read in the United States. And not only civilian "jackets", but also the command from the Pentagon. Bravo, expert! Burn it again!

Moreover, Philip very originally interprets the success of military operations. Pure American. I will simply list the great victories of the Ukrainian army performed by the American.

1. The 95 airborne brigade offensive in August 2014 on the Mius River. And the output of 79 brigade on the route Donetsk - Mariupol.

2. Defense and retreat from Lugansk airport plus Ilovaysk. You can retreat successfully!

3. Defense of Mariupol. According to the American, the losses of the Russians here were colossal. But how it relates to the facts is not completely clear.

4. Defense and retreat from Donetsk airport. True, the corpses of cyborgs filled up all the terminals. But the operation is successful!

5. Debaltseva defense! This is about the boiler. For the "separatists," I will specifically cite the expert’s opinion about the losses there. “According to my calculations, the Russians lost ten killed and wounded for each Ukrainian. I myself saw their bodies lying in several rows.” Interestingly, Philip did not confuse the uniform of the soldiers? Or insignia? No, not confused ...

"There were several hundred pieces of equipment at the Debaltsevsky bridgehead - tanks, artillery and the like. About 40% of them were left there, also the warehouses were not blown up, and the Russians seized many different stocks. But the main thing that they saved is the personnel. The goal of the Russians was an attack on Kramatorsk, Artemovsk and further on Kharkov. But they could not do it. Why? Because they suffered huge losses! "

And who doubted it? Someone said that it was necessary to continue to drive ukrov. American clearly answered. All killed and ... departed. True, leaving the equipment and weapons, but retaining staff. Well, except for those ... who are still "missing" or have run to the "separatists."

This is, of course, a new word in world military affairs. Kill the enemy, inflict loss of 1 to 10, continue to throw all the equipment and weapons, and all personnel begin to march somewhere ... Ah! Immediately do not understand. For awards !!!

In short, the American military expert, whose views are familiar in the Pentagon, is clearly "Pentagon." And for what? Why all these imaginary victories and Russian troops? Why try to portray the Ukrainian army in a positive light?

Yes, just everything. Mr. expert requires the United States to begin deliveries of lethal weapons to Ukraine. Ukraine is "ripe" for American weapons. Looking for expensive anti-tank complexes. Looking for combat drones. Everything is necessary. And then the Russian death. Scatter. And the "separatists" will crawl into their mines.

It would only have cost Philip to talk to the other side. LDNR open to talking. And look at the laughing faces of the fighters and commanders of the Donbass army after such "expert assessments."

By the way, about Russia. There is another weapon against any weapon. And this weapon, naturally, can appear from somewhere in the LDNR. So you can talk. You can ask, in this gentlemen, the Ukrainians are already super professionals in heavy weight. But Donetsk and Lugansk cemeteries have already sufficiently accepted the bodies of the victims of the Ukrainian Independence Square. Enough

This interview for Radio Liberty was published quite recently, January 22. And it is widely discussed especially in Ukraine. Americans "work out" it only in the army headquarters. But it seems to me that it is worth paying attention to. The breeze is blowing ever stronger towards the next escalation of the conflict in the east of Ukraine. Poroshenko's regime frantically looking for ways to distract people from internal problems. A better distraction than war, alas, has not yet been invented.

Ctrl Enter
Noticed oshЫbku Highlight text and press. Ctrl + Enter
We are
Results of the week. “In our cooperative, the board is always agreed”Results of the week. "God forbid to see Russian revolt, senseless and merciless!"
232 comments
Information
Dear reader, to leave comments on the publication, you must to register.