January 27 2016
26
For a long time rifle weapon could not boast of high performance, which is why after several shots the armies had to switch to bayonet fighting. This feature of the wars of the past is perpetuated in the famous thesis of A.V. Suvorov: “the bullet is a fool, and the bayonet is a good fellow”. Later, more advanced weapons with enhanced characteristics appeared, which led to a noticeable reduction in the role of the bayonet in battle. In addition, a curious consequence of this process was the fact that when examining various types of small arms, due attention was not paid to bayonets. We will fill this gap and consider several samples of bayonets used by our army in different periods.


In 1869, the Berdan rifle was adopted by the Russian army. This weapon was actively used by the army for several decades and gave way only to the so-called. Russian three-line rifle arr. 1891 g. (Mosin rifle). A curious feature of the Bardanka was the use of a new needle bayonet, which later became the basis for several new designs used in the composition of later weapons. In addition, the Berdan rifles of various modifications had different bayonets.

Infantry rifle Berdan arr. 1868 of the year was equipped with a triangular bayonet, which in the future was repeatedly refined to change the characteristics and ergonomics of the weapon. The bayonet was attached to the muzzle of the rifle with a tubular sleeve. This part had an L-shaped notch in the side surface, designed to secure the bayonet in the desired position with the help of the so-called. bayonet rack soldered to the trunk. In addition, on top of the cutout held metal clamp with a screw. With this device, the base of the bayonet was supposed to clamp the barrel and hold on to it due to the friction force.

On the bottom surface of the tubular sleeve there was a bayonet bearing, made in the form of a single L-shaped part with the blade itself. For greater rigidity and safe handling, the elongated blade of the bayonet had a triangular shape without sharpening on the edges. The rigidity of the structure was provided by the valleys in the side surfaces of the bayonet. A characteristic feature of the bayonet to the rifles of Berdan, both No. XXUMX and later No. XXUMX, was the sharpening of the blade. Its point was made in the form of a narrow sharp plate, which allowed the use of a bayonet as a screwdriver. This feature of the bayonet greatly simplified the maintenance of weapons with full or incomplete disassembly.

According to reports, the Berdan rifle bayonet No.1 had a blade 20 inches long (510 mm) and weighed 1 pounds (just over 400 g). The bayonet was supposed to be kept on the rifle all the time, with the exception of operations for the maintenance of weapons. The shooting was also carried out with a closed bayonet. Due to the relatively large length and weight of the blade had a significant impact on the firing characteristics of the rifle.

In 1870, the so-called rifle Berdan №2. She had a number of important differences from the first modification, as well as an updated bayonet. The main features of the design of the bayonet remained the same, and the method of attachment has not changed, but the shape and location of the blade have been modified. Instead of a triangular shape, it was decided to use tetrahedral, which provided greater rigidity and strength. To compensate for the derivation that occurs during the flight of a bullet, it was decided to move the blade from under the barrel to its right side. Thus, the bayonet with the support was transferred to another part of the tubular sleeve, the design of which, however, has not changed. As before, the mount on the muzzle of the barrel was carried out using a clamp with a screw. 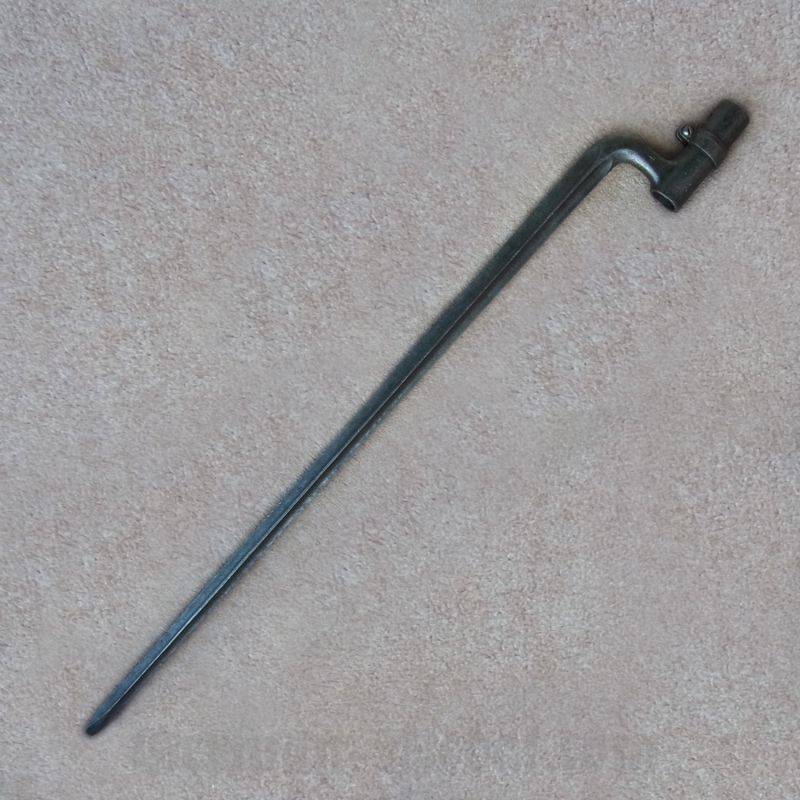 Dimensions, weight and shape of the bayonet of the updated design, despite all the changes, have not changed. All these parameters have already been worked out in the framework of the basic project, which is why it has become possible not to introduce fundamental innovations while maintaining acceptable characteristics. The requirement concerning the constant use of a rifle with a closed bayonet also remained the same. In this case, this requirement made it possible to increase the accuracy of the fire at the cost of some reduction in the usability of the rifle.

“Berdanka” №2 was produced in several versions: the troops received an infantry, dragoon and Cossack rifle, as well as a carbine. They differed from each other in various design features, including bayonets. Thus, a copy of the base bayonet from the No. XXNX rifle with a modified blade position was completed with an infantry rifle. Dragoon rifle differed from the infantry in smaller sizes, achieved, including, due to the design of the bayonet. The main difference of the latter was the reduced length of the support connecting the blade and the sleeve. Cossack rifle and carbine, in turn, were supplied to the troops without bayonets. The use of this device was not provided.

The bayonet rifles Berdan two modifications well established itself during the operation in the army. Being a further development of previously existing ideas, already tested and tested in practice, such a bayonet made it possible to effectively solve the tasks. The rifle, equipped with a needle bayonet, was a versatile weapon, suitable for shooting at the enemy and using in combat with cold weapons. In the case of the latter, the long length of the weapon and the bayonet could give some advantage over the enemy with other weapons.

In parallel with the creation of the rifle Berdan, as well as for some time after its adoption into service, among the army command there were disputes about the prospects for the bayonet. Some military leaders proposed to recycle infantry weapons on the model of foreign countries. By this time, the Prussian army began to abandon needle bayonets and switch to bayonets, which had some advantages over their predecessors. Several times the controversy reached its peak, however, supporters of the needle construction managed to defend its preservation. The adherents of the cleavers, nevertheless, succeeded in "pushing through" such bayonets for the guards units, but the rest of the army, as before, was supposed to use needle-blades.

Also at that time, the question of carrying and connecting bayonets was considered. According to the manuals on the use of weapons, the bayonet had to reside on the barrel of the weapon, both during transport and in combat. Nevertheless, it was proposed to change this order, based on considerations of ergonomics. It was proposed to transfer the weapon without a bayonet, which reduced its length and, as a result, affected the convenience, attaching the blade just before the battle. According to some reports, even Alexander II was a supporter of such changes. However, even the support of the authorities did not help this proposal. Proponents of the current approach to handling weapons were able to defend it. 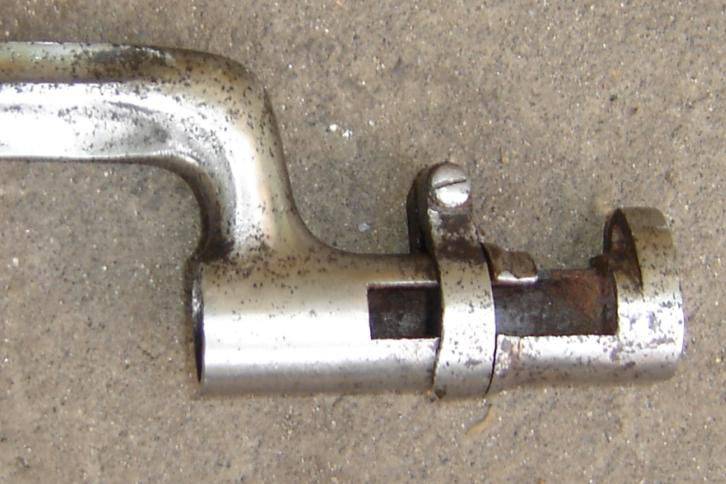 Rifles Berdan in the infantry and dragoon modification with bayonets of several structures used by the Russian army until the end of the XIX century. After the start of the transition to the “Trekhlineyka”, the write-off of the outdated “Berdanok” started, but a number of units continued to use these weapons over the next few years. The decommissioned rifles were sent to warehouses and became a reserve that could be used if necessary.

In the late eighties of the last century, work began again on the creation of promising weapons for infantry. In this regard, the proposals to switch to bayonets again sounded, but the command of the army chose to leave the existing structure, albeit in a modified form. In 1891, the Russian trilinear rifle was adopted, which was equipped with a four-sided needle bayonet, based on the corresponding unit of the Berdan rifle. This allowed needle-bayonets to maintain their place in the nomenclature of infantry weapons over the next few decades.