January 25 2016
41
Next week, the Egyptian Ministry of Industry expects to sign with the Russian side a protocol on the creation of a Russian industrial-industrial zone in the Suez Canal area, reports RIA News message of the Egyptian department. 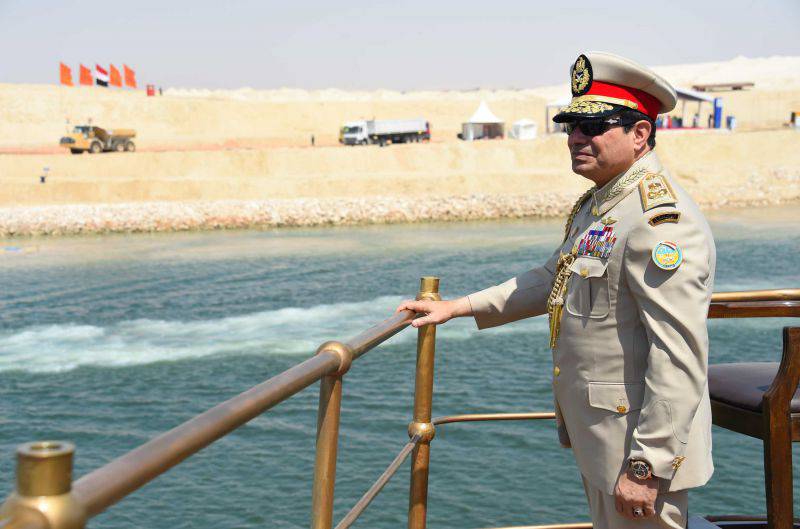 The report notes that "the signing of a number of agreements is planned within the framework of the work of the Egyptian-Russian intergovernmental commission."

“They will sign a number of protocols of mutual understanding, the most important of which will be the signing of a protocol on the creation of a Russian industrial zone in the Suez Canal area, as well as the signing of an agreement between the Russian Direct Investment Fund (RDIF) and a number of Egyptian banks to search for instruments to finance investment projects”- said in a release published after the meeting of the head of the ministry with the Russian ambassador in Cairo.

It is also reported that the delegation of the Russian Federation will be accompanied by representatives of the 60 order of Russian companies. They will take part in the Russian-Egyptian business forum.