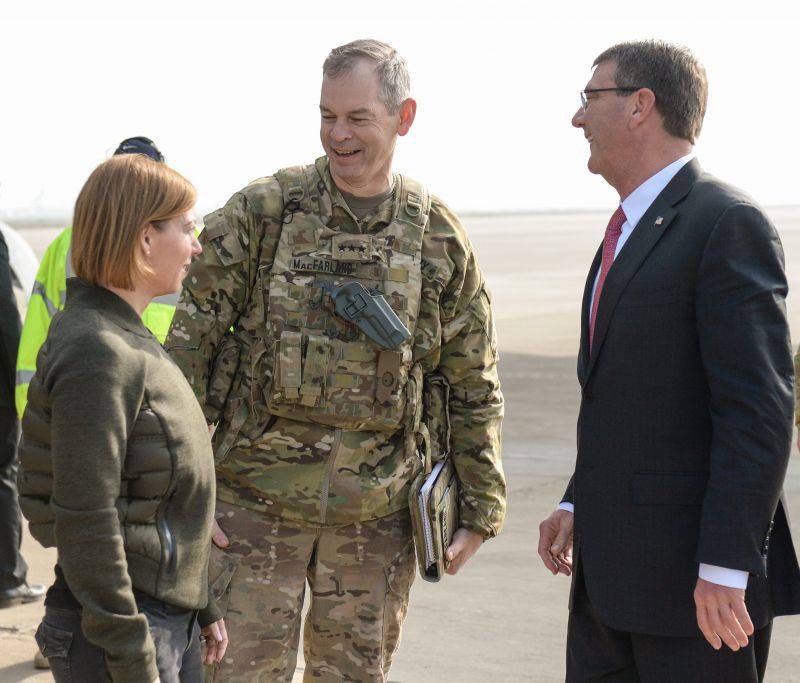 Ashton Carter with his wife in Baghdad, December 2015

"The real control of ground or any other operations against terrorism in Iraq will be carried out only by the hands of Iraqi forces without the intervention of any other forces, except for individual advisers",
said the minister.

“Iraq is a sovereign state that will not allow anyone to violate its sovereignty,” al-Jaafari stressed.

He expressed the hope that DAISH (IG) will be finished this year.

The agency recalls that on Sunday, US Secretary of Defense Carter announced the Pentagon’s intention to send paratroopers to Iraq "to assist local forces in conducting operations against the IG grouping." At the same time, Carter did not mention the date of the transfer of troops, nor their number.

Ctrl Enter
Noticed oshЫbku Highlight text and press. Ctrl + Enter
We are
Liquidation of Amir Ibragim Mestoev’s gang December 2012 and April 2013
30 comments
Information
Dear reader, to leave comments on the publication, you must to register.