January 25 2016
33
Something unthinkable is happening in Ukrainian politics. On January 23, President Petro Poroshenko spoke in favor of decentralization as an alternative to war and a sure path to a European future, and on Sunday, January 24, and Prime Minister Arseniy Yatsenyuk expressed a desire to hold a referendum on the new Constitution of Ukraine. It is hard to believe what is happening, given the past uncompromising statements by all the very same figures that there is only one united Ukraine. However, there is also an opinion that right now in world politics, including in the Ukrainian direction, radical changes are coming. And the change of the rhetoric of Kiev only reflects these changes. And Poroshenko, and Yatsenyuk only voiced what was ordered. If tomorrow we receive a directive to express sympathy for Putin, then it will undoubtedly be executed. Nothing personal. 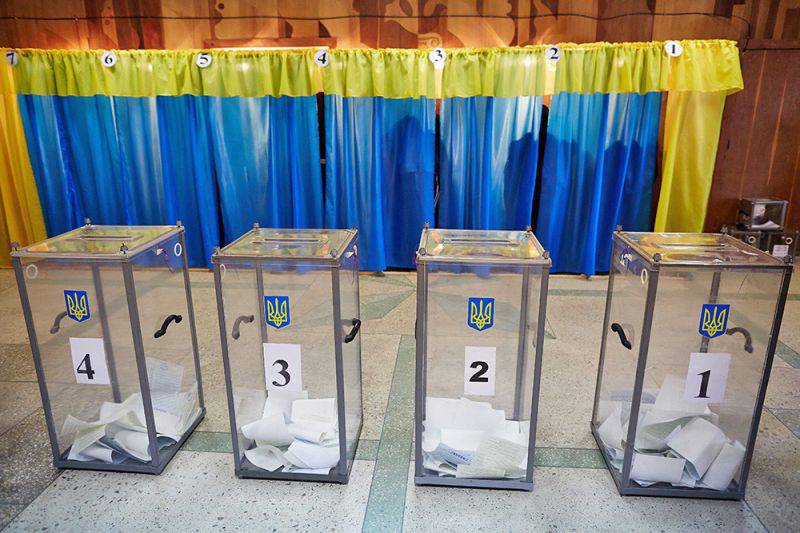 Immediately, Russians should be warned against premature euphoria. All words about decentralization can be a tactical ploy and in the event of a truce breakdown (and regular battles in the Donbass make it possible to announce this at any time), the entire responsibility by the “international community” will be placed on the republics and Russia itself. Like, we wanted peace, and we agreed to a referendum, but they perfidiously violated the agreement.

If the meaning of what is happening is different, then the space for combinations and their interpretation becomes much wider. For a more complete understanding of what is happening in the Square, it is necessary to take as an axiom the fact that the current Kiev authorities are not independent in the absolute sense of the word. They strictly comply with the directives, which descend from the US Embassy, ​​without departing from them a letter. It was clearly visible on January 23 at the Association of Cities of Ukraine, where Poroshenko urged Rada to decentralize not one, but along with ... US Ambassador Jeffrey Piet. Apparently, the ambassador was nearby, so that Mr. Poroshenko, in a temper, did not say too much.

Ukraine in many ways disappointed the Americans. It turned out to be too weak to wage a full-fledged war against Russia, and it takes too much money and attention to maintain it. As it turned out, Turkey is much more suited for the role of a spear against Moscow: Ankara has more militant enthusiasm, the army is stronger, and the economy is stronger. In this regard, the role of the Ukrainian front for Washington has plummeted and the direction was recognized as secondary. Giving priority to the events in the Middle East, the Americans froze the war in Ukraine, leaving it as a source of irritation for Russia.

We should not take it as a victory. The return of millions of people who wanted to join the Russian Federation in the fold of Ukraine that hates them is anything but a victory. As well as the fact that Kiev will free up the army for possible provocations against the Crimea and Transnistria, where Russian troops are already officially standing. At the Pentagon, these moments were calculated and changed strategy. The correct result of the Minsk-2 is recognized as preferable to military adventures in a densely populated Donbas. In fact, the enemy gets an even more convenient configuration, and we - all the same problems.

The new rhetoric of the Ukrainian media also speaks in favor of the version about changing the general line. Now the leaders are increasingly admitting the previously unacceptable - that the representatives of the autonomous Donbass will sit in the Verkhovna Rada on a par with the other deputies. Television viewers are carefully summed up to this thought (which is understandable, given the almost two-year military propaganda hysteria), but the process is obvious. What happens in the minds of ordinary citizens from such somersaults can only guess. How Ukrainian radicals will perceive what is happening is also understandable. The question is: what will they really be able to influence and what external forces are behind them. Ukraine is a field where one cannot be sure of anything and no one gives guarantees for a long time.

For Russians, only a few key points remain important. First, we must admit that we lost the current batch of the battle for Ukraine, giving the initiative to the United States of America and driving ourselves into an unfavorable strategic configuration.

Secondly, the war in Ukraine can be thawed by the Americans at any time by clicking the fingers. Essentially, it still does not stop, it is enough to read reports from Gorlovka and other places, but all parties persistently pretend that they do not notice what is happening.

Thirdly, time plays against us, not for. The main front for the Russian Federation is socio-economic, and it is precisely here that there are failures and official misconduct, which would be more correct to call sabotage.

Fourthly, for the time being, leaving Ukraine our geopolitical opponents will try to create for us a whole range of problems on simpler (for them) sectors. First of all, the lingering possibility of a military conflict with Turkey comes to mind, but the real threats come not only from it. For example, it is not known for which transformations of the same Moldavia the foreign puppeteers will try to use quite fair popular indignation of corruption in the authorities. Social bombs were laid under Belarus, Azerbaijan, Kazakhstan and other republics, where, like in Russia, there is a depreciation of national currencies and an economic decline.

In general, the Ukrainian political community is able to present in the first quarter of 2016 of the year many more surprises, both generated by the measured actions of the great powers and accidentally brought to the surface by the forces of social chaos. Revolutions, albeit fake, are not different.

Ctrl Enter
Noticed oshЫbku Highlight text and press. Ctrl + Enter
We are
Situational analysis of the death of the MH17 flight (Malaysian Boeing 777), made on the basis of engineering analysis from 15.08.2014Results of the week. “Unlike everyone else, I went to the army for spiritual reasons.”
33 comments
Information
Dear reader, to leave comments on the publication, you must to register.