Bloomberg: Russia and the United States are close to compromise on inter-Syrian negotiations

January 24 2016
51
Russia and the United States are ready to make some concessions on the upcoming negotiations on the settlement of the Syrian crisis, reports RIA News post bloomberg. 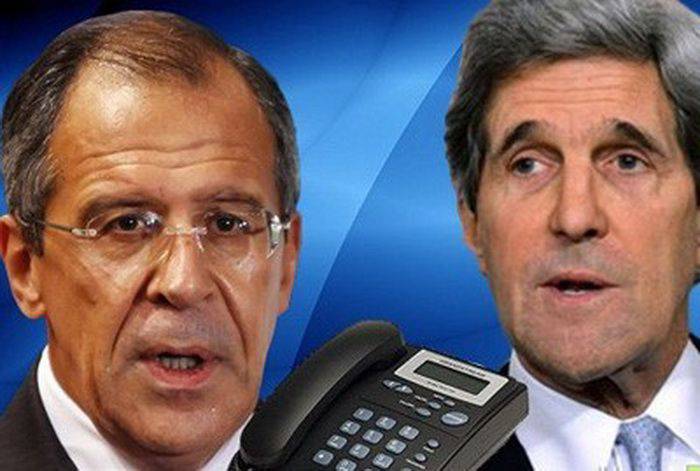 “Disagreements between Russia and the United States lie in the composition of the opposition delegation in the negotiations on Syria. But now the risks of breakdown of negotiations are minimal, ”the newspaper notes.

According to Bloomberg, "Staffan de Mistura (UN special envoy for Syria) will invite two separate delegations of the Syrian opposition to Geneva." It is expected that the details will be covered by Special Envoy 25 January at the briefing.

According to the source, “Moscow can go to participate in the negotiations of the radical“ Army of Islam ”, which is supported by Saudi Arabia, and Washington, for its part, is ready to agree to a delegation coming to Geneva, which is friendly to Moscow (meaning former vice Prime Minister of Syria, now the representative of the Popular Front for Change, Kadri Jamil and the leader of the Kurdish Democratic Union Salih Muslim) ”.

Earlier, Sergei Lavrov and Secretary of State John Kerry discussed the preparation of negotiations by telephone. According to the press service of the Russian Foreign Ministry, "the parties paid special attention to the need to form a truly representative delegation of the opposition."

Ctrl Enter
Noticed oshЫbku Highlight text and press. Ctrl + Enter
We are
De Mistura: "Rebels in Aleppo commit war crimes"Staffan de Mistura: During the years of conflict in Syria, 400 killed thousands of people
51 comment
Information
Dear reader, to leave comments on the publication, you must to register.