February is a cruel month ... 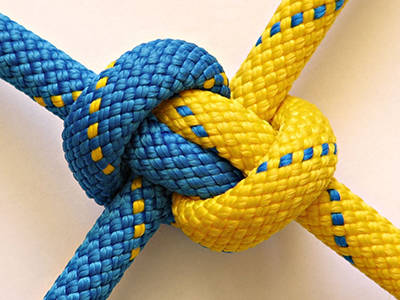 Vladimir Putin twice refused an offer to take part in the Munich Security Conference, which will be held in mid-February. A decision has just been made: Prime Minister Dmitry Medvedev will represent Russia in Munich. These are diplomatic maneuvers, of course, and a signal to the West: the position of Russia will remain unchanged, no matter what you think of it.


In this modality, press secretary Dmitry Peskov put President Hollande in his place, refuting his statement, in which he linked the implementation of the Minsk agreements with the lifting of anti-Russian sanctions: Russia "must" hold unquestionable elections in the Donbas, and the West "can" lift the sanctions ... No, The West is incorrigible in its arrogance! Only Merkel, who walked out in Cologne, was silent, considering the extent of her fall ...

Insidious Albion, apparently, on behalf of the State Department chief, got the corpse of a double agent poisoned by polonium, FSB and MI-6, Alexander Litvinenko, poisoned either by the late Berezovsky, a well-known lover of sacred victims, or by MI-6, with a bond murder license. The High Court of London, without proof, with the presumption of his opinion, that is, completely Bandera, accused his ex-colleague Andrei Lugovoi and Russian special services of Litvinenko’s death, mentioning the name of President Putin. It is indicative that the customers, Prime Minister of the British-American aircraft carrier Cameron, were immediately agitated: “This confirms what we were sure of,” and the State Department himself, who promised to respond.

What does all of this mean? The Minsk agreements are clearly torn, Kiev, through the mouths of all its negotiators, refuses to fulfill them, except for President Poroshenko, he is still in the words for Minsk. The chief negotiator, ex-President Kuchma, said bluntly: “You can’t talk about anything: neither about the amendments to the Constitution, nor about the elections in the Donbas, until Ukraine controls the border.” But this is the last point of the Minsk agreements, so there’s nothing to talk about in Minsk ...

Therefore, the West wants to change Russia's position on the Minsk agreements in favor of Kiev, and the High Court of London (What is “high”? To the heights of MI-6?) Hints, and Prime Cameron picks up that after this “terrible crime”, the murder of the double agent Litvinenko, Vladimir Putin may be declared non-armed. This is not the first time, by the way, they are blackmailing. And Putin ... does not go to Munich at all!

Why should some Moscow High Court not conduct the process, according to the statement of LDPR deputy Andrei Lugovoi, in defense of his honor and dignity from the encroachments of the High Court of London? And make a verdict in which we are also sure: the murder of MI-6 agent Litvinenko was committed by MI-6 agent Berezovsky, with the consent and on behalf of MI-6, most likely with the knowledge of the British Prime Minister. Seeing the traces, MI-6 then strangled Berezovsky himself with a scarf. But ... humane Vladimir Putin, to the impossibility humane ...

... Tightening "Minsk-2", Poroshenko is actively playing the Bandera card, has already reached the creation of a "service of the de-occupation of the Crimea" to knock it out of the hands of true Bandera opposing ... Poroshenko's "internal occupation" regime. This is where the deoccupation legs grow from! 80 percent Bandera activists, this opinion ukropolitologov, Poroshenko still do not believe. The “Right Sector” split and Poroshenko surrendered to 20-percent, friends of Dmitro Yarosh. Kiev intrigue of February, someone who clears out: Poroshenko - the avant-garde of dignity, or the avant-garde will clean up the same Poroshenko, already with Yarosh?

In general, the development of the situation in any way leads to the breakdown of the Minsk Agreement by Kiev with the connivance of the West. Here is an intrigue: who will blink first, say that “Minsk-2” is dead? According to former Kiev political analyst Rostislav Ischenko, all time is rotting Bandera swamp profitable to many “friendly” Kiev countries, and even Moscow. Because there is no answer to a simple difficult question: And then what? Behind this swamp?

It is logical to expect that Russia “after Minsk” will deny the legitimacy of Bandera Kiev, as it refused to legalize in Minsk. The risks of this option are that, in response, Bandera could block the transit of Russian gas to Europe.
Although they themselves hold on to gas transit, but the logic is: in spite of the Moskals, we’ll freeze our ears, it is already being applied!

This is exactly what Kiev is doing today: in its own way, it threatens to raise gas transit tariffs by 50%! Cuts the branch on which he sits. If gas transit is blocked by tariffs, or simply blown up like the Crimean power lines, the problem of Minsk-2 will immediately be solved for Kiev: without any formal denunciation, it will become a political corpse. The natural answer of Russia is that the Kiev regime is declared illegitimate, since gas transit has ceased.

In the future, this scenario will most likely lead to the collapse of the former Ukraine according to the Yugoslav scenario. After all, Europe will remain without gas, and at the peak of cold weather, which, the Minister of Energy of Russia Alexander Novak recalled recently, falls in February - March. Such a crime against Europe Brussels Kiev is unlikely to forgive.

Thus, February promises to be fierce ... On the Donbass fronts without change, in the Minsk negotiations, for the reasons stated above, is calm. There is silence on all sides of Kiev about “Minsk-3”, nobody wants to be the cause of the breakdown of “Minsk-2”, neither Europe nor Washington. The Kiev knot was formed, which, like the Gordians, can only be cut. But who will cut the Kiev knot? Moscow refuses, Putin is not going to Munich!

Ctrl Enter
Noticed oshЫbku Highlight text and press. Ctrl + Enter
We are
Litvinenko case: who and how is looking for the truthLitvinenko: polonium trail leads to the Kremlin, but in a bizarre way
32 comments
Information
Dear reader, to leave comments on the publication, you must to register.