January 25 2016
19
January 25 marks the day of navigator navigator fleet Russian Federation. In 2016, the service of military navigators, which arose by decree of Peter I, marks the 315th anniversary. It was Peter I who laid the foundation for the navigational school, which was developing practically simultaneously with the fleet itself, which played in stories Russia and continuing to play a truly invaluable role today. From Peter's decree with the traditional for the beginning of the XVIII century grace of the language: "To be mathematical and navigational, that is, nautical art, learning the art of cunning".


The official appearance of the navigator school in Russia belongs to the 1701 year, but a few years before, the first ranks in Russia corresponding to this naval profession were introduced in the fleet undergoing development. They sounded like “stuntman” and “understuirman”.

The Naval Navigator Day in modern Russia was established on the basis of the order number 253 of the Commander-in-Chief of the Russian Navy from July 15 of 1996.

A modern naval navigator is a military specialist whose task is to ensure accurate and safe passage of ships along the laid route. The choice of the route should be made on the basis of both economic and tactical expediency, which makes it possible to ensure both savings in the operation of a ship and its effectiveness in conducting training maneuvers or participating in combat operations. Navigator's responsibility is to carry out an unmistakable route along the designated route with timely arrival in a given area. In addition, the naval navigator is a specialist who is responsible for the absolute accuracy of obtaining navigation data that is necessary for the effective use of weapons of a warship (both surface and underwater).

The younger generation may be interested in the question related to what educational institution today is engaged in the training of navigators for the Russian Navy. This educational institution is the Naval Academy. Admiral of the Navy of the USSR NG Kuznetsov (the modern name is VUNT Navy "Naval Academy named after NG Kuznetsov"), located in St. Petersburg. The Academy of the Navy was founded in the distant 1827 year and is considered to be one of the oldest military universities in Russia with its richest traditions. 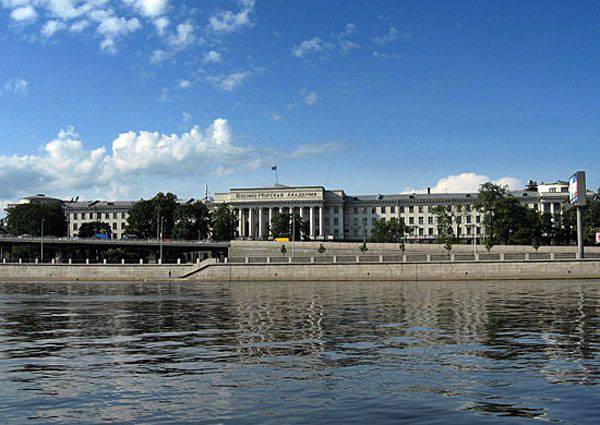 From the document defining the requirements for candidates for enrollment by cadets in the institutions of the VUNTs of the Naval Forces VMA of the Russian Federation:

Age from 16 to 22 years for non-military persons, 19-24 of the year, for persons on call-up service. The reception of citizens of the Russian Federation, passing military service under the contract, if their age has not reached 27 years, is carried out. In addition, there are training programs in which the age of candidates is determined up to 30 years. These are programs of secondary military special training.

Can not be considered as candidates for admission to the institutes VUNC Navy: citizens who already have a higher education of the appropriate level; Citizens specified in the fourth and fifth paragraphs of paragraph 5 of Article 34 of the Federal Law of March 28 1998 No. 53-ФЗ “On Military Duty and Military Service”, and also do not meet the requirements defined in paragraph 1 of the said Law: in respect of which the decision of the commission of the military commissariat or the attestation commission of the military unit was made about the candidate’s non-compliance with the requirements for entering military service under the contract; in respect of which the conviction and imposition of punishment; in respect of which an inquiry is being conducted or a preliminary investigation or a criminal case in respect of which they are referred to a court; having not removed or not canceled conviction for committing a crime; served sentences of imprisonment; deprived for a certain period of time a court decision that has entered into force, the right to occupy military posts.

Considering that readers who are interested in acquiring the profession of navigator of the Russian Navy (and other naval specialties) can familiarize themselves with the material, the Military Review publishes the email address of VUNC of the Russian Navy: [email protected], as well as telephones Secretariat of the head of the university: 8 (812) 431-92-44, 430-66-24. These data will provide detailed information on the rules of admission to a military university from its staff responsible for such issues.

A modern navigator is a specialist who has the skills to operate high-tech navigation systems. The annual competitions for the title of the best navigator of the Russian Navy show that skills of using navigational equipment are being improved. At the Baltic Fleet, a competition was held for the best calculation: “the main command post is a combat information post — navigator” (GKP-BIP-navigator). The competition consisted in the implementation of effective navigation and navigation safety. Crews used the Alaska-H navigation information system. 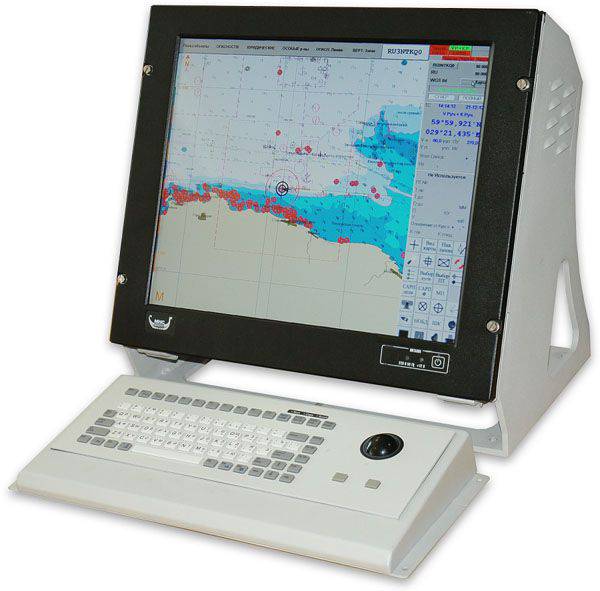 A system capable of ensuring the safety of passing 1,2 and 3 ships, naval and offshore support ships of the Navy along the route, was created by specialists of Maritime Navigation Systems, commissioned by the Russian Navy. The ENIS Alaska-CH module provides executive routing of the ship with real-time display of data received from navigation systems and instruments. The decision is made on the electronic map of the main navigation tasks. The system includes a navigator calculator that allows you to solve direct and inverse geodetic tasks, translate the coordinates of one of them into another. The “Alaska-H” ENIS is a system that provides the calculation of the illumination along the entire route of the ship, the gyrocompass corrections, the determination of the observable location by the astronomical luminaries.

For practicing the practical actions of the officers of the navigator warhead to ensure navigation safety of navigation, the Regel simulator is used. This is a powerful computer system that allows you to create models of routes of military ships in any climatic conditions, as well as taking into account the presence of widths of passages, visits to ports and exits of them. "Regel" allows you to conduct a complex of classes simultaneously with the calculations of several ships. 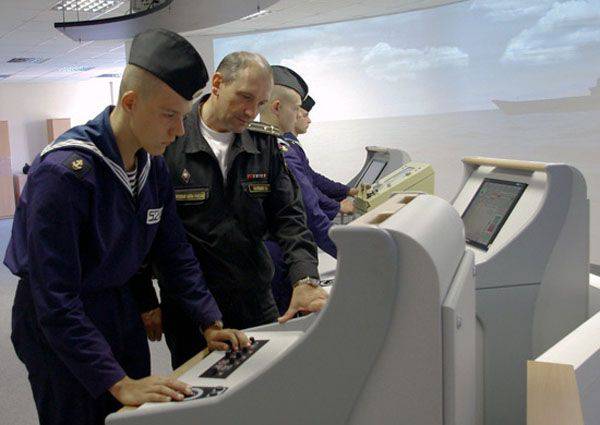 Service navigator of the Russian Navy - an honorable and responsible work. On this day, "Military Review" congratulates all the naval navigators and service veterans on their professional holiday.