Media: Turkey may withdraw from the Syria support group

January 23 2016
39
Ankara warned that it could withdraw from the international support group for Syria, if the Syrian Kurds are in the delegation of the opposition in the negotiations in Geneva, reports RIA News message foreign policy. 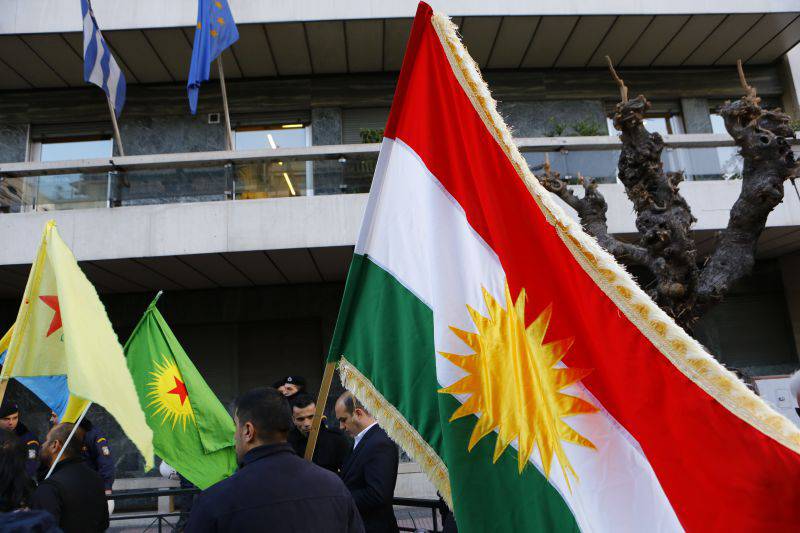 "The Turkish delegation led by Prime Minister Ahmet Davutoglu conveyed a warning of readiness to withdraw from the settlement process to UN special envoy for Syria Staffan de Mistura earlier this week," the American magazine said.

The publication notes that "during his visit to Turkey, Vice President of the United States Joe Biden will try to persuade Ankara not to leave the negotiations even if Syrian Kurds are involved in the process."

On Friday, the Kurdish Party of the Democratic Union stated that “the inter-Syrian talks, which are to be held on January 25 in Geneva, may not take place without the presence of Syrian Kurds on them.”

Negotiations are scheduled for January 25 in Geneva.

Ctrl Enter
Noticed oshЫbku Highlight text and press. Ctrl + Enter
We are
Results of the week. “Take off your hats! Expose the head! The body will be taken out now! ”
39 comments
Information
Dear reader, to leave comments on the publication, you must to register.