This tragedy shook the whole city ... 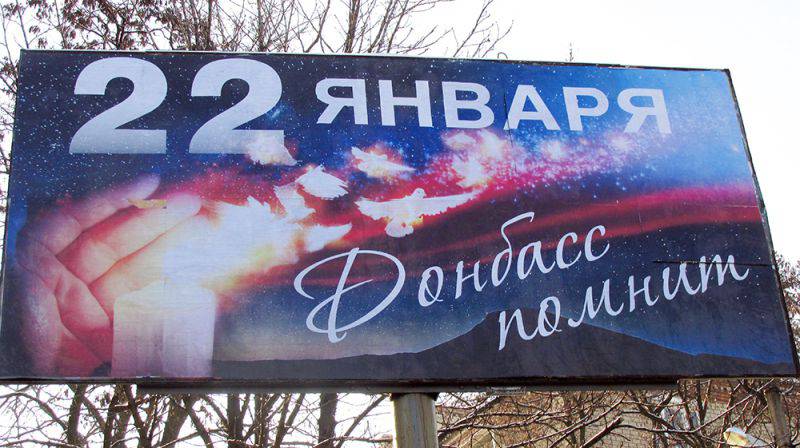 There are still clearly visible traces of the shelling ... In many of the windows of a residential building, in the windows of nearby shops there is not glass, but plywood. However, such a picture for the front areas of Donetsk is far from uncommon. But here - Leninsky district, which is considered fairly safe (compared to Kiev, Kuibyshev, Petrovsky). Therefore, on that terrible morning, a year ago, people did not expect anything like that. 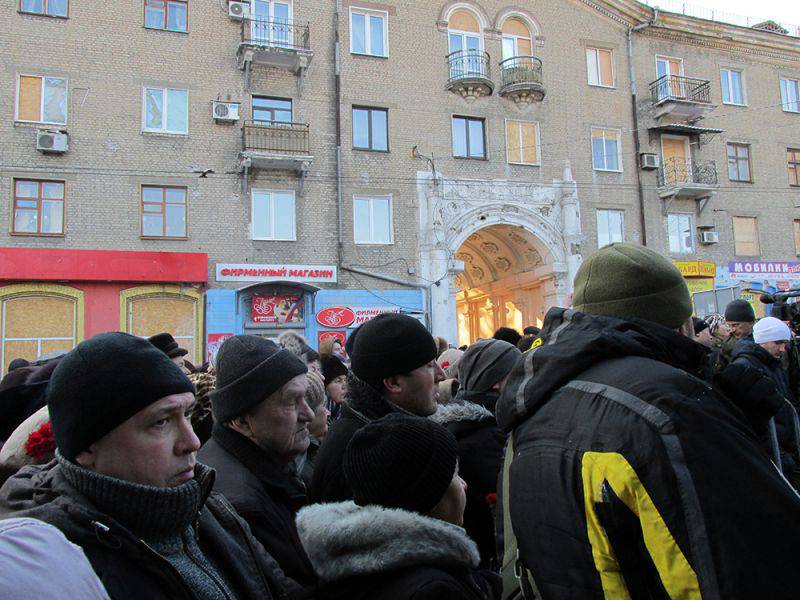 Crossing of Kuprin and Tkachenko streets. Stop "Donetskgormash", which is popularly called "Bosse", after the neighborhood. The microdistrict itself is named after the industrialist and entrepreneur of the times of the old Yuzovka Theodor Bosse, who made a significant contribution to the development of industry in the Donbas. In particular, in 1889, he founded a machine-building and iron foundry - the one that is now called Donetskgormash. The place is very busy - traffic intersection, residential buildings, shops, market, several transport stops ...

A year ago, January 22, 2015, of the year ... Half past eight in the morning is the time when the townspeople strive to get to their jobs. At the moment when a powerful bombardment began, a trolleybus, en route # XXUMX, was approaching the bus stop. Brand new light lilac trolley. A second before the strong crash, its passengers did not know that all their plans would be violated, and someone would go nowhere.

But the Donetsk residents by that time, strange as it may sound, managed to get used to the realities of wartime. Those who did not leave the city experienced the terrible summer of 2014, when they were fairly seated in basements. Many, after returning from Minsk-1, having believed in the advance of the world, returned to Donetsk and came under winter shelling. And yet it was in this area that no one expected an attack. And it happened.

A few days earlier, there was a tragedy near Volnovakha, where a passenger bus came under fire. A piece of this bus was actively shaking the leader of the Kiev junta Petro Poroshenko, who grieved hypocritically while on a mourning march in Kiev with a sign “I am Volnovakha” (the procession itself was tracing from the action in Paris “I am Charly”). The junta then accused the defenders of Novorossia in the incident (although they have not and cannot have the slightest reason to fire at the peaceful buses). And this provocative bombardment became the excuse for a new crime against civilians - the massacre at the bus stop of the 17 trolleybus in Donetsk.

This tragedy really shook the whole city. Throughout the year, people brought fresh flowers to this place. There were memorable cardboard plates, on the trees - St. George ribbons were tied. People's path there is not truly overgrown.

And after a year, the authorities of the Donetsk People's Republic decided to put a memorial in memory of the fallen that morning. It is built in the form of a burning candle of granite. 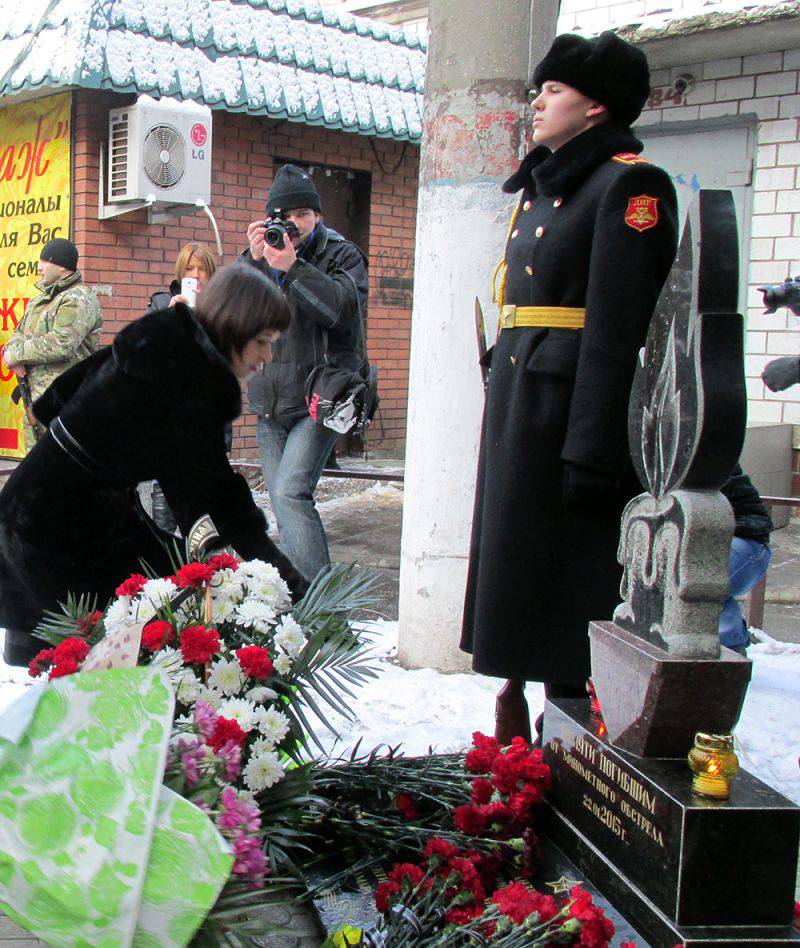 On the plate - eight names, with dates of birth. And the date of death is the same for everyone - January 22 2015. Although there were more dead. One woman could not be identified, and several more died later in the hospital. More than 20 citizens were injured, including heavy ones, some became disabled. 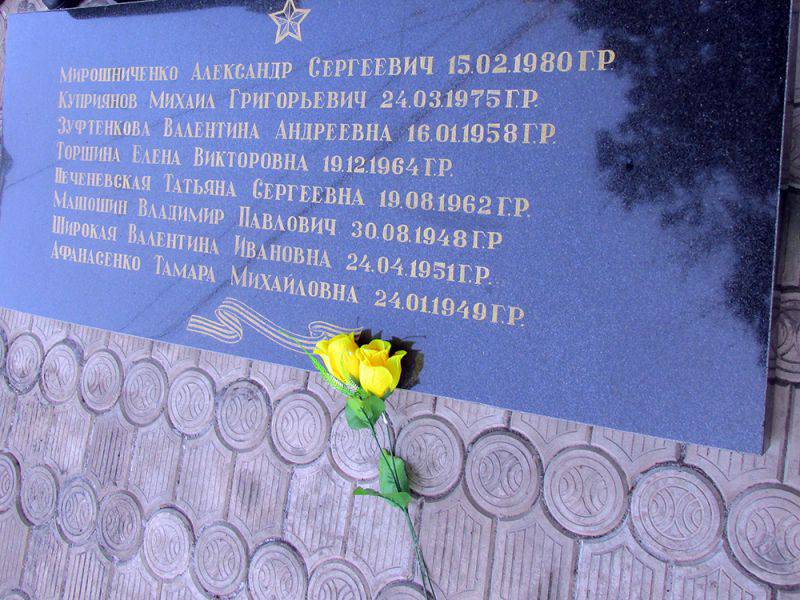 Not all the dead and injured were passengers of the trolleybus. One man burned in his own car. Pedestrians were also injured. So the tragedy touched personally, directly - many people: relatives, friends of the victims, residents of nearby houses. And indirectly - she touched all the people of Donetsk.

Therefore, thousands of people came to the sad anniversary and the opening of the memorial, despite the working day and quite frosty weather. 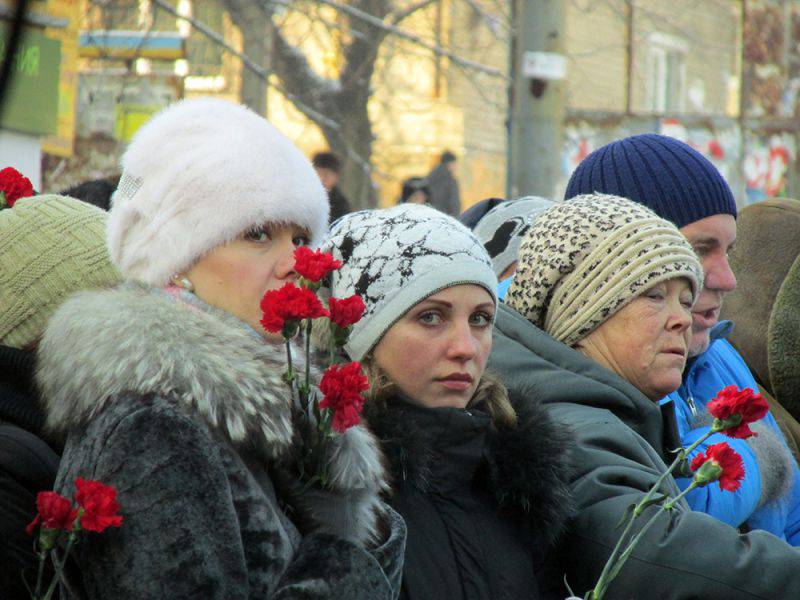 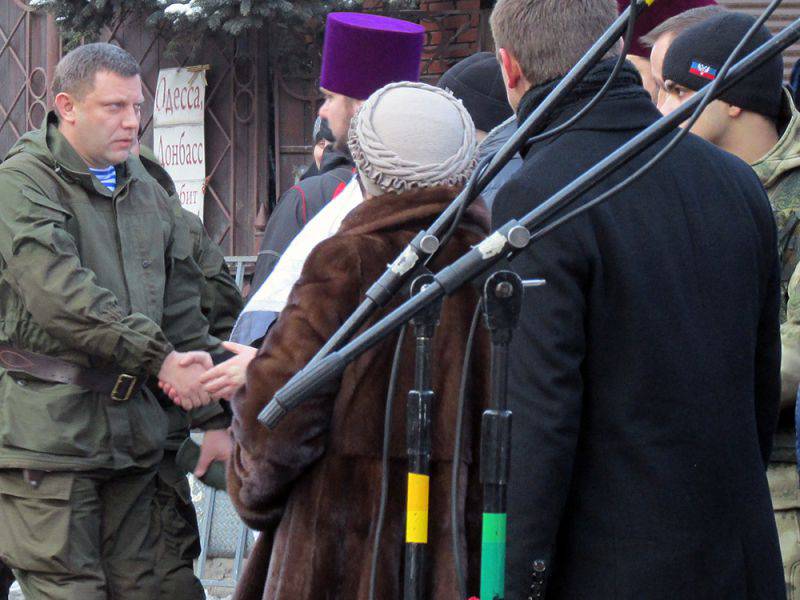 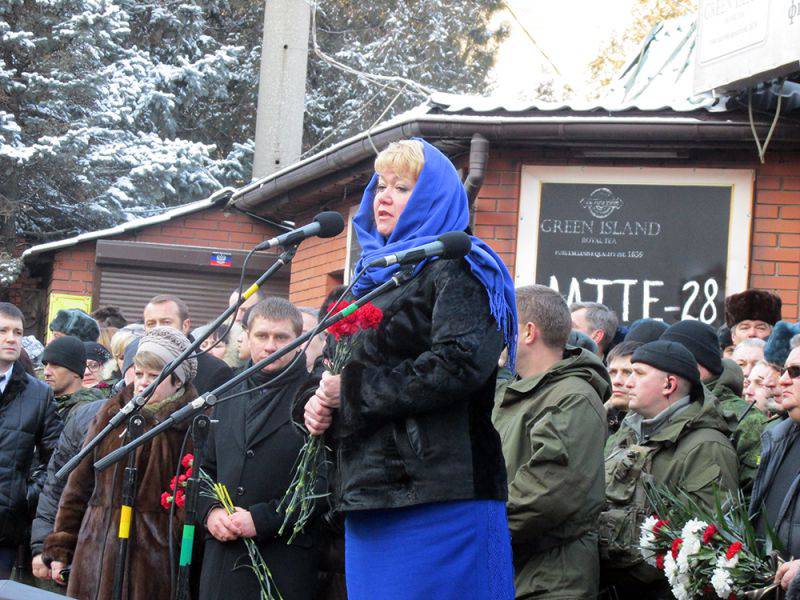 For those who did not survive the shelling, a requiem was served. Then the Head of the Donetsk People's Republic, Alexander Zakharchenko, said: “Today we remember our countrymen, who came under fire a year ago. These people just wanted to live. There was no military, there was no front line. Ukrainian fascists simply bombarded the peaceful city. " 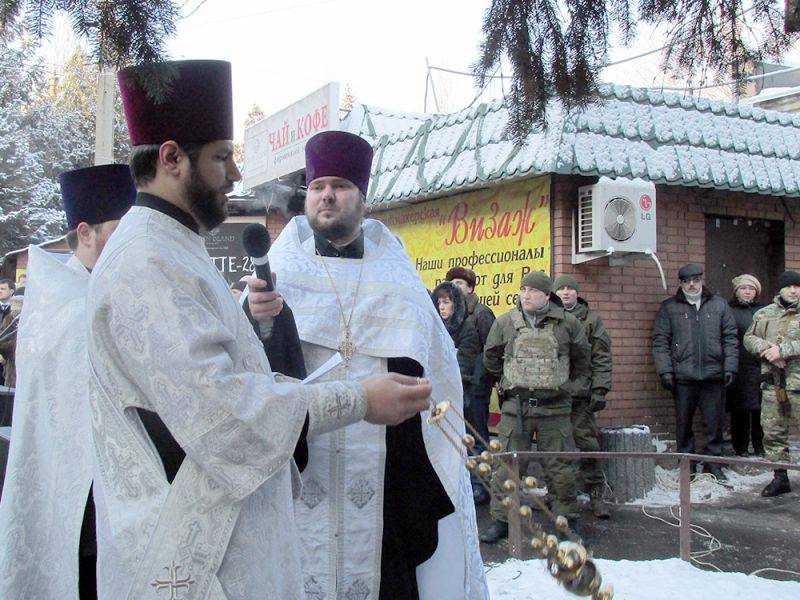 Speaking of Ukrainian punishers, Zakharchenko said: “They do not want our children to learn. They want us to live without light, without water, without gas. They want us not to live at all. And we will live, we will raise children. Let's build a new country. Contrary to all, we will make this country happy. ”

The tragedy in the neighborhood of Bosse spawned many poems written by both poets and ordinary citizens. It was after this bombardment in the DPR that the first poetic collection, “My city was hoarse from prayers,” was released. Some of the poems were voiced during the opening of the monument. 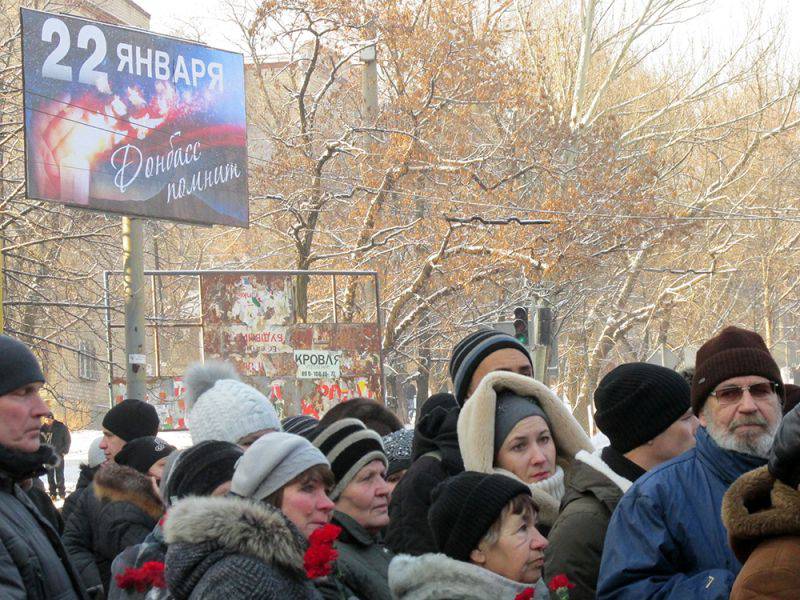 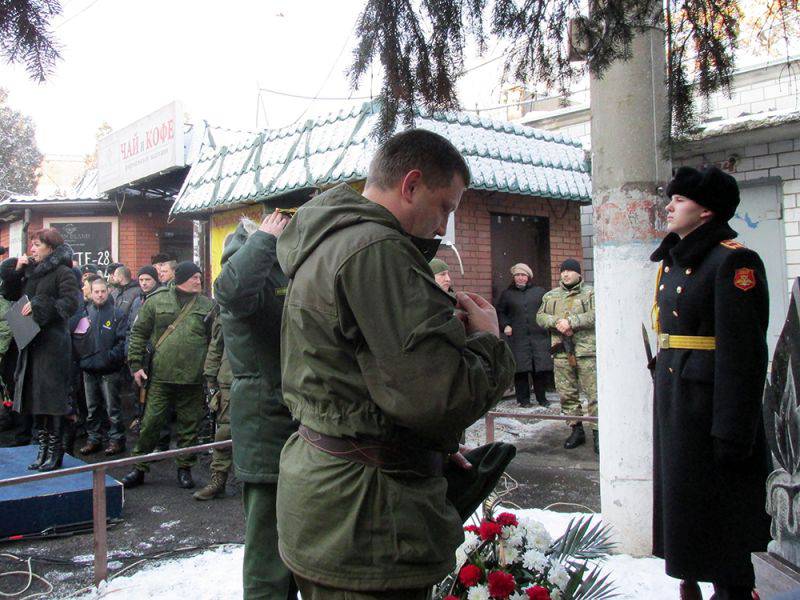 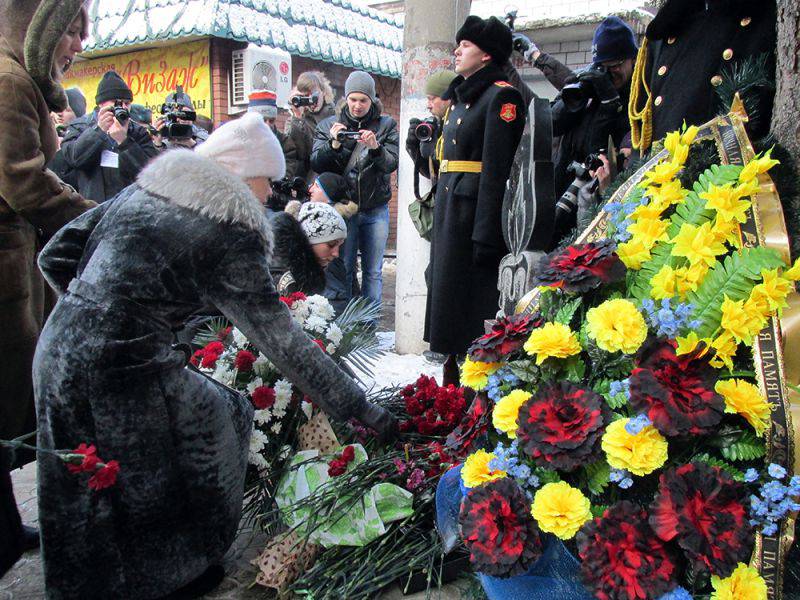 After a minute of silence, Alexander Zakharchenko, as well as other officials, laid flowers at the newly opened memorial. Then, to the sounds of Mozart's Lacrimosa, a huge stream of people rushed to the granite candle. Scarlet carnations tied with mourning ribbons littered the entire area in front of the monument. 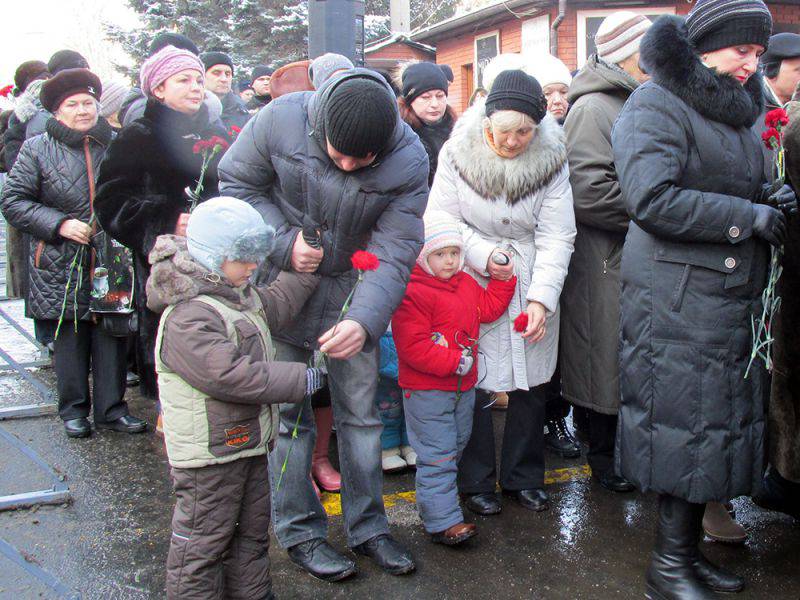 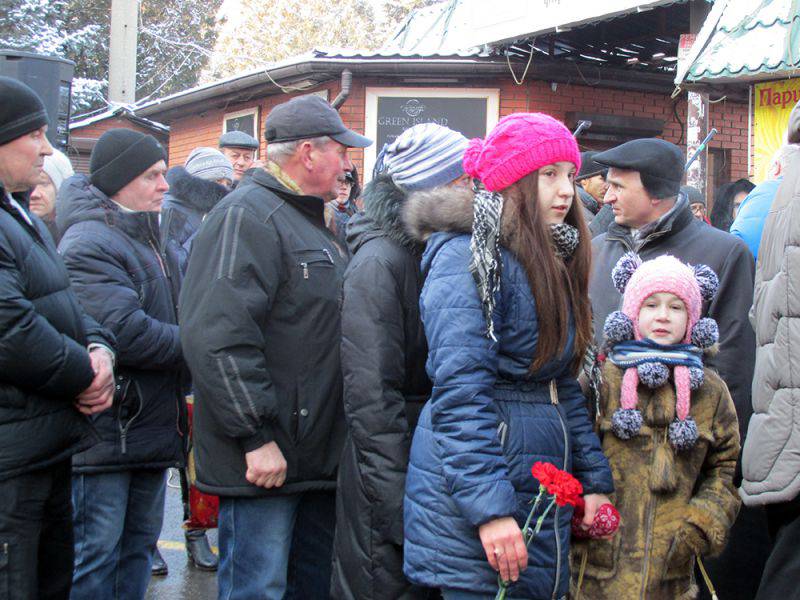 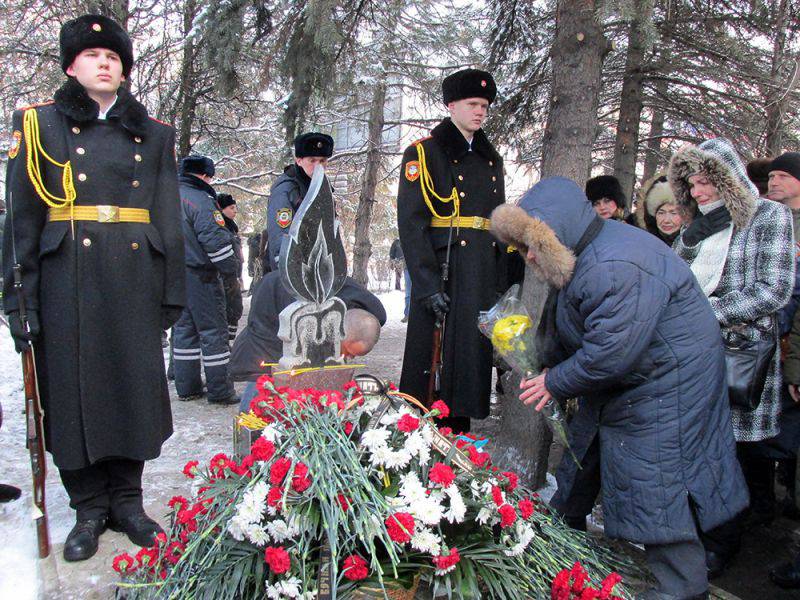 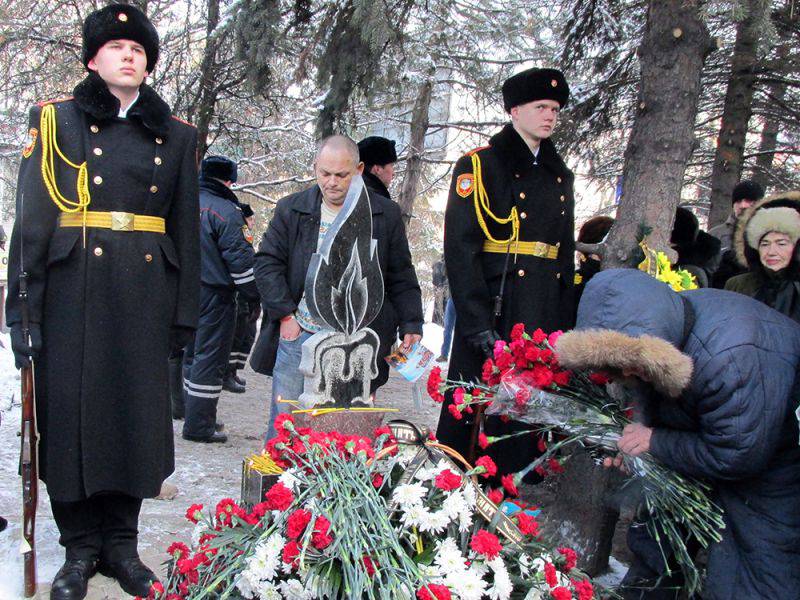 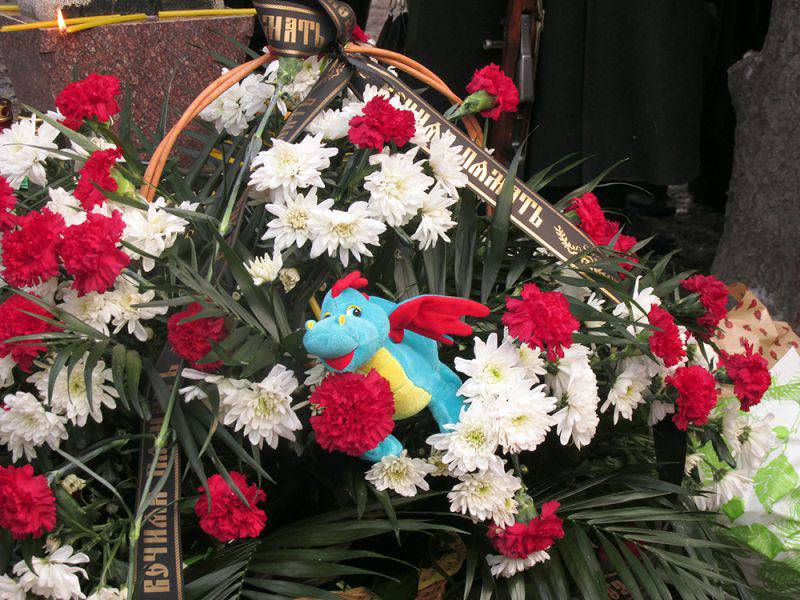 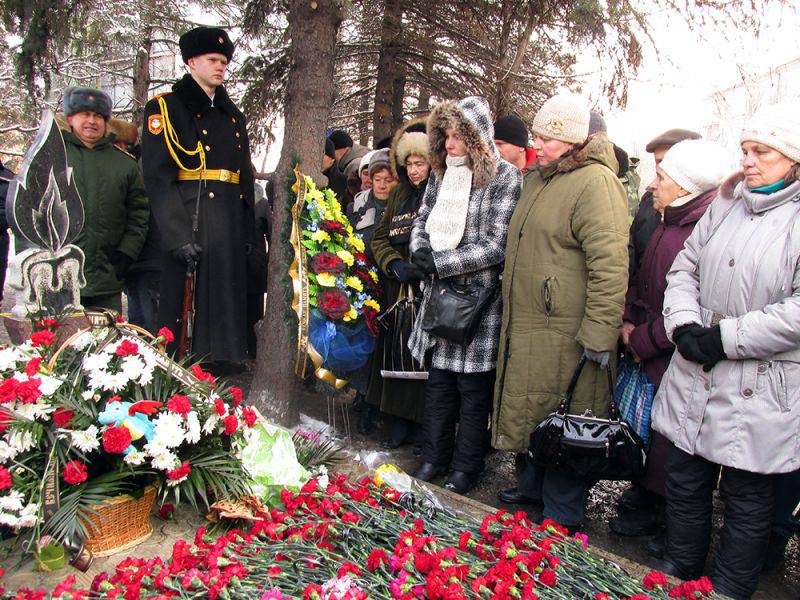 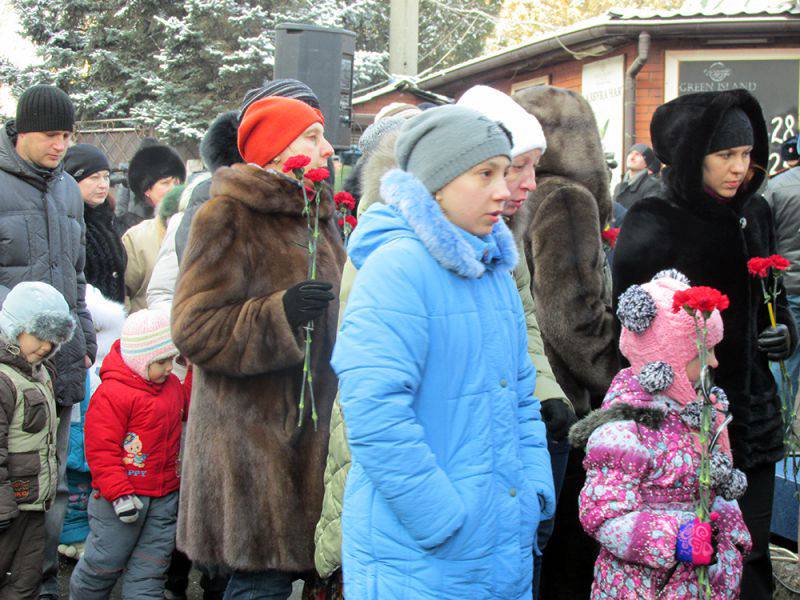 It is also worth noting that the Donetsk residents, despite all their experiences, feel not only their own pain, but also worry about those who are actually under occupation and are fighting the junta along a different front line. And therefore, at the scene of the tragedy in Bosse, you can see the sorrowful sign “Odessa, Donbass Grieving” ... 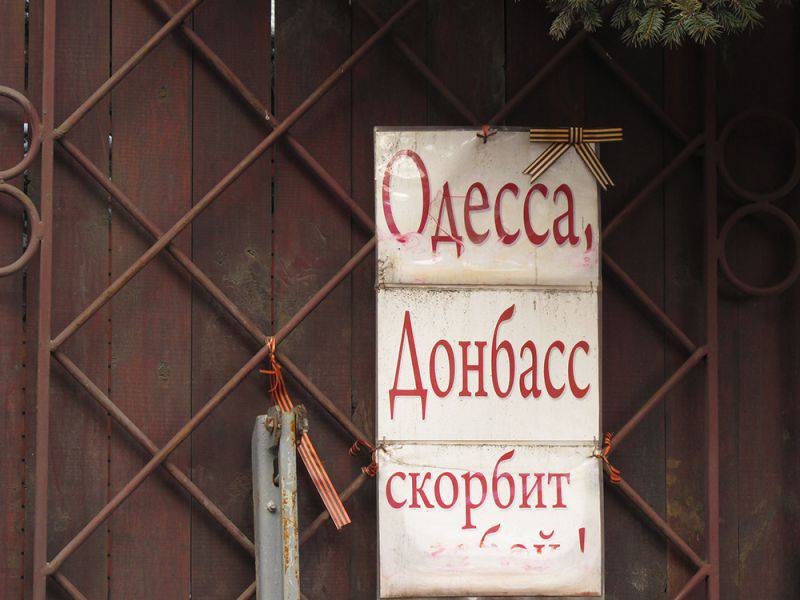 Ctrl Enter
Noticed oshЫbku Highlight text and press. Ctrl + Enter
We are
Traces of the war on satellite imagery Google Earth 2015Uralvagonzavod today is not just a large machine-building plant, but a research and production corporation
Military Reviewin Yandex News
Military Reviewin Google News
15 comments
Information
Dear reader, to leave comments on the publication, you must sign in.