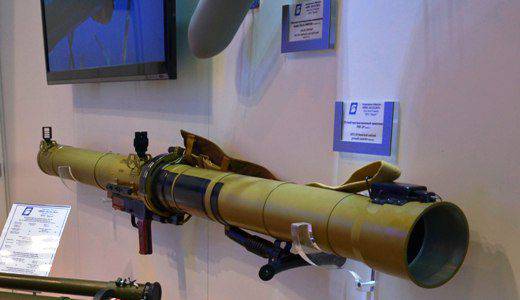 The Russian anti-tank grenade launcher "Vampire" has become a real nightmare for tankers in many countries of the world. Despite the fact that the RPG-29 was adopted by the Soviet Army more than a quarter of a century ago, most of it can be easily destroyed even now. tanksconsisting of armies.

The weight of the grenade launcher is just over 12 kg. The length in the combat position - to 1850 mm. The initial speed of the grenade is up to 255 m / s. Aim range shot - up to 500 m. Armor penetration - more than 650 mm armored steel for dynamic protection.

For the first time, “Vampire” was talked about in November 2005, when fighters from the Lebanese Hezbollah movement attacked Israelis. As a result, IDF experts were at the disposal of the wreckage of jet grenades, which were identified as Vampire rocket grenades. Due to the presence of a tandem cumulative warhead, PG-29В shots were rated as very dangerous weapon against the Merkava tanks, including the fourth model. The Israelis accused Syria of supplying these anti-tank weapons to a friendly Shiite group.

At this time, the Israelis were already working on the Trophy active defense complex, but they did not have time to bring it to the next aggravation on the Lebanese-Israeli border in July 2006. As a result, Israeli tank columns invaded southern Lebanon, where they faced fierce resistance from Hezbollah, which actively began to use various anti-tank weapons, including the Vampire RPG.

9 August 2006, the Israelis, who suffered significant losses in the tanks, attacked Russia, which, they say, could not "control their supplies to Syria." Israeli soldiers allegedly managed to capture the RPG-29. Photos of these trophies appeared on the Web.

After the failure of the Israeli operation in Lebanon, "Vampires" "surfaced" already in Iraq: for example, at the beginning of 2007, the deputy commander of the US troops in Iraq
Lt. Gen. Raymond Odierno reported that the Shiite rebels had received an RPG-29 from Iran. This, apparently, is a copy of a Russian grenade launcher, the production of which was established in the Islamic Republic. Although the Iranians themselves, however, like the Syrians, have always denied arms shipments to Iraq. 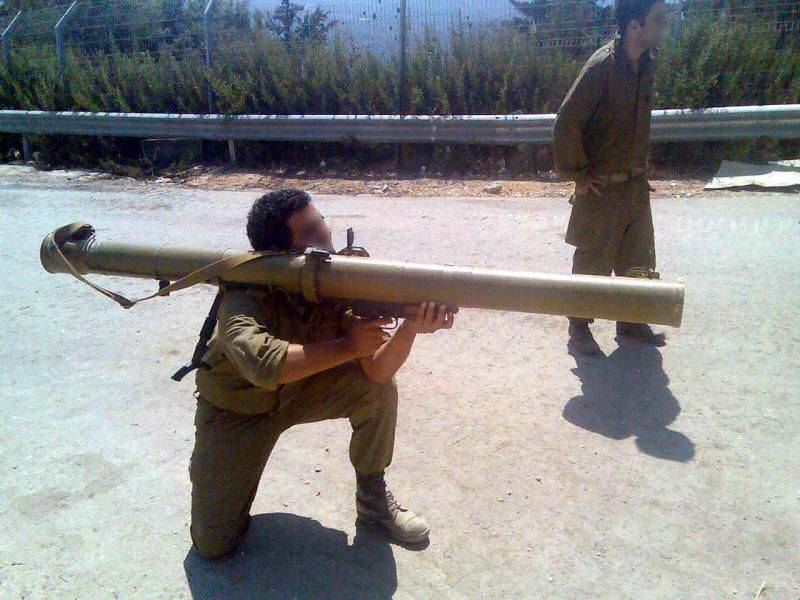 After that, most of the losses in armored vehicles, if, of course, they were not blown up by land mines, were attributed to these anti-tank grenade launchers. Americans did not want to admit that their "best in the world" Abrams "could easily be knocked out of the old RPG-7. 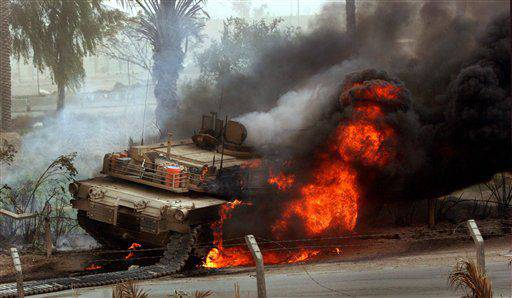 The most famous was the case of defeat of the tank "Challenger-2". The rocket-propelled grenade hit the lower frontal part of the hull and, breaking the dynamic defenses, seriously wounded the leg of the tank driver, who became disabled. His family sued the British Ministry of Defense, they accused the military department of Her Majesty that their relative was convinced of the invulnerability of this tank. In addition to the driver, two more crew members were injured.

Once again about the "Vampires" remembered during the war in Syria. This country received them at the end of the 90's. During the fighting, the facts of the defeat of the T-72 tanks from RPG-29 were noted. Moreover, not only T-72М1, but also T-72AB, equipped with the first-generation dynamic protection “Contact-1”, were hit. As a rule, the hit of the grenade's reactive grenades led to fatal consequences: an explosion of ammunition and loss of crews. It is worth noting that the armor used in Syria so far has not received effective protection against RPG-29 type grenade launchers.

Unfortunately, despite its high efficiency, the Vampire still has not found wide use in the Russian army, although at present it is considered to be one of the best military experts in the world.