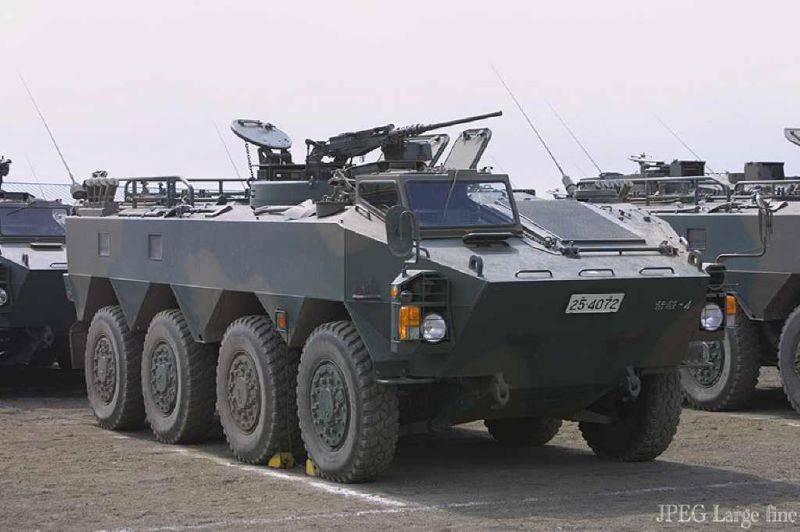 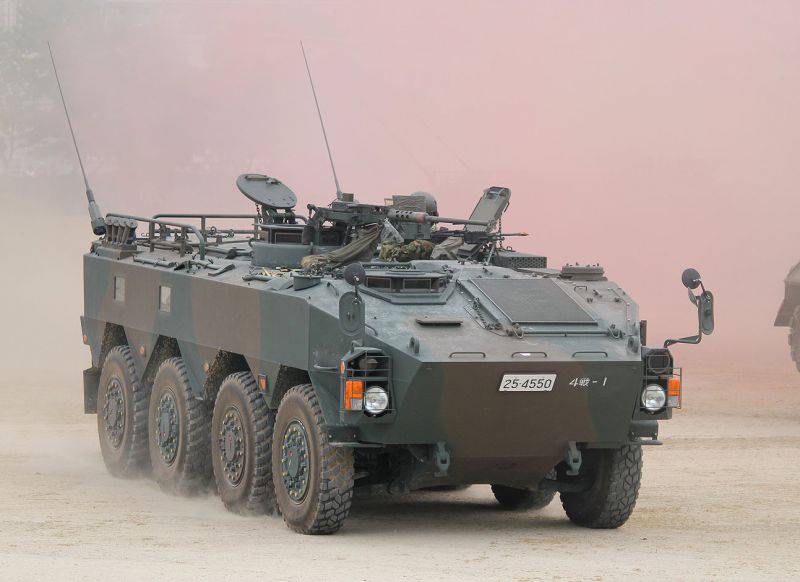 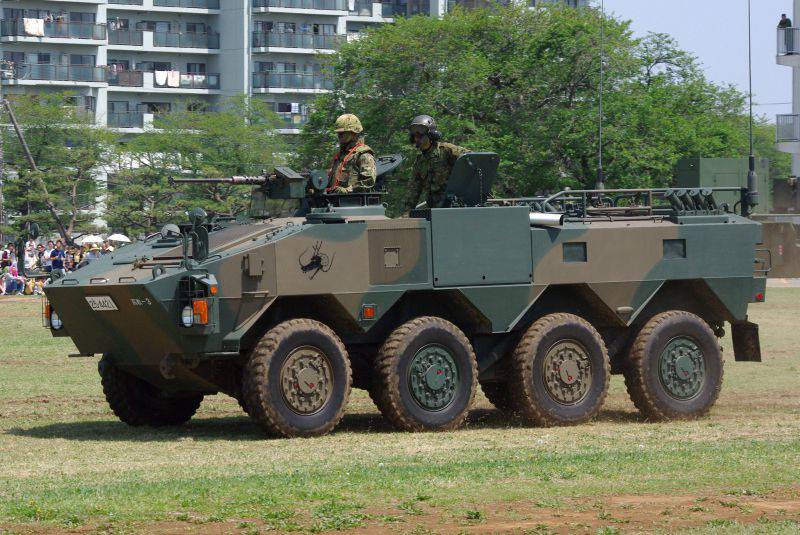 For many years, Japanese self-defense forces have been armed with mainly tracked vehicles, in addition to the Komatsu Type 87 6x6 reconnaissance vehicle and the Type 82 6x6 operating control vehicle, which have a high level of uniformity. The production of both of these options is complete. As in the case of the rest of the Japanese armored vehicles, Japan did not sell their cars abroad.

The main contractor for the Type 96 armored personnel carrier is Komatsu Defense Systems Division, which also developed and manufactured the Type 87 6x6 reconnaissance and patrol vehicle, which is still in operation.

The BN Type 96 all-welded hull is made of armored steel, the engine-transmission compartment is located in front of the left. The exhaust pipe of the exhaust system is located on the left side of the hull roof.

The driver is located in front of the right, he has a hatch with a solid cover that opens back and three day periscopes for the front view. The central periscope can be replaced by an illumination periscope for driving at night. 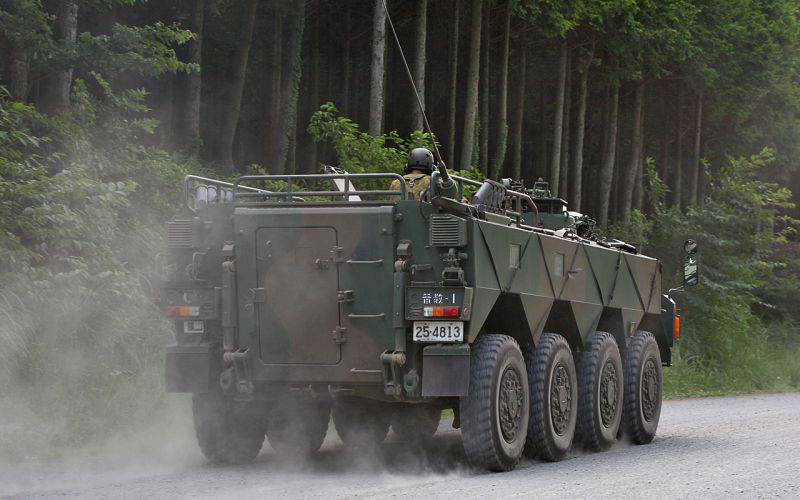 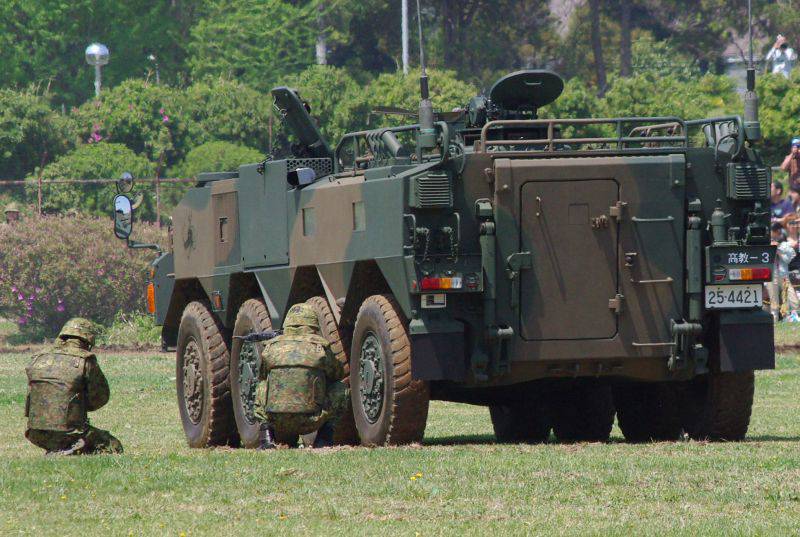 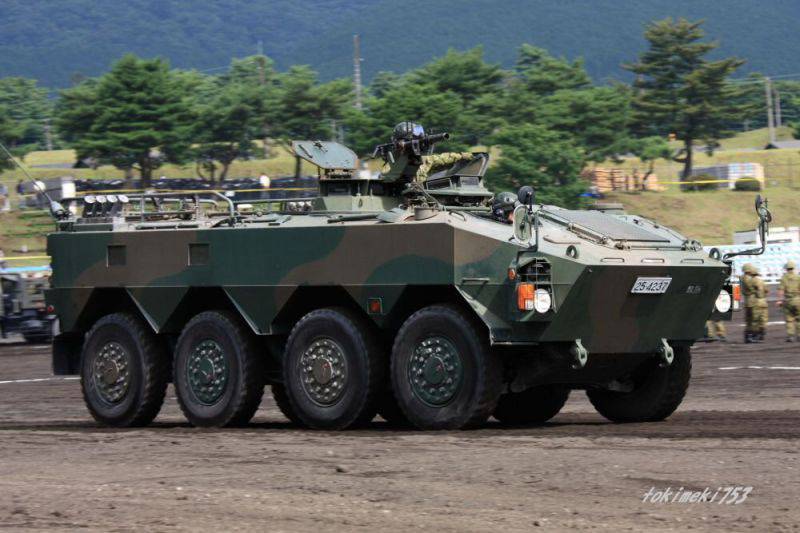 The commander / gunner sits behind the driver, he has a raised turret with daytime periscopes for all-round visibility, the hatch cover opens back. In front of the turret installed 12,7-mm machine gun M2 HB, from which it is possible to aim and shoot from inside the turrets. Later, some machines were equipped with a locally produced 40-mm automatic grenade launcher.

On the roof of the troop compartment closer to the stern on each side are installed four forward-facing smoke grenade launchers.

Standard equipment of the machine includes power steering on the front four wheels, a centralized wheel inflation system that allows the driver to adjust pressure depending on the type of terrain to be overcome, a system of protection against weapons of mass destruction and a laser warning system installed in the front left. A similar system is installed on other Japanese armored vehicles, for example tanks Type 90.

Option RCB intelligence
Japan also developed a radiation, chemical and biological reconnaissance vehicle based on the Type 96 8x8 chassis. It is equipped with a set of sensors and sensors, as well as a meteorological station, a self-disinfecting system and an integrated air purification unit. 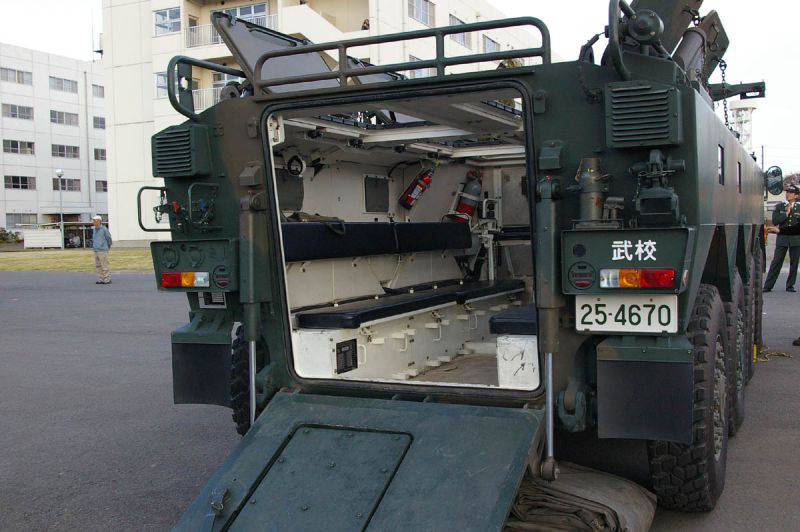 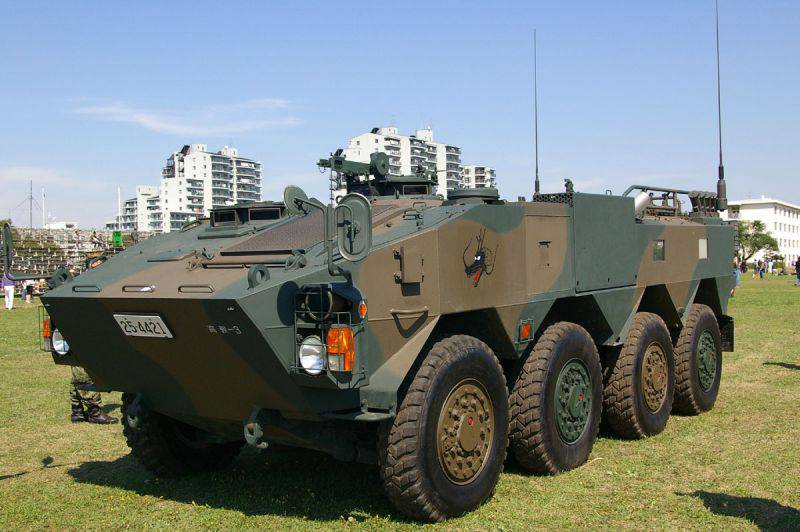