Ashton Carter: US coalition to conduct land operation in Syria and Iraq

January 22 2016
130
The head of the US military, Ashton Carter, announced that in order to “speed up the process of defeating IS,” a coalition led by the United States decides to conduct a ground operation in Iraq and Syria. TV channel CNBC cites the statement of the head of the Pentagon:

We do a lot. This is necessary so that we win the "Islamic State". And I am sure that we will be able to do this. I want to speed up this process. 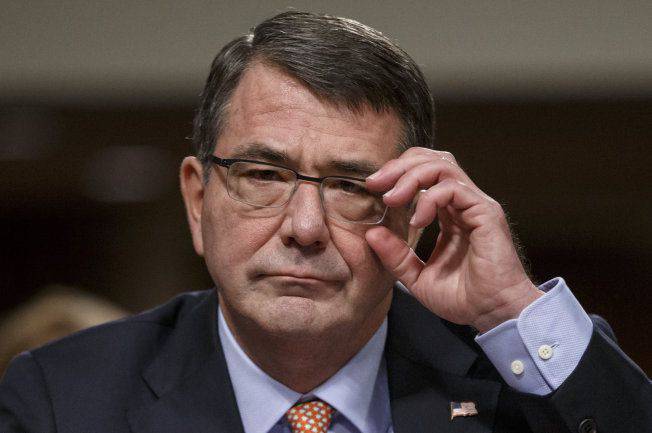 It is not reported yet how many American and other soldiers of the so-called coalition are planned to be involved in a ground operation announced by Carter. Nor is it reported what the mandate of the coalition forces in Syria will be, because it is well known that neither the Syrian authorities nor the UN Security Council have sanctioned the coalition forces to conduct a ground operation. However, the United States in its repertoire and, of course, the opinion of Damascus or the UN Security Council, Washington is ready to take into account the very last thing, exposing exclusively its own interests to the first place.

It is worth recalling that earlier in Iraq, the Pentagon sent American special forces to 50, saying that their number would increase. On the eve of the press appeared materials telling about the restoration of the American airfield in the north-east of Syria.

Ctrl Enter
Noticed oshЫbku Highlight text and press. Ctrl + Enter
We are
Combat identification systems of coalition forces. Is the process going? (Part of 2)
130 comments
Information
Dear reader, to leave comments on the publication, you must to register.