NATO representative: we already have a permanent presence in Eastern Europe

January 22 2016
41
NATO units are constantly located in Eastern Europe, there is no difference between a rotational, permanent and stable presence in this sense. RIA News statement by the head of the military committee of the alliance Peter Pavel. 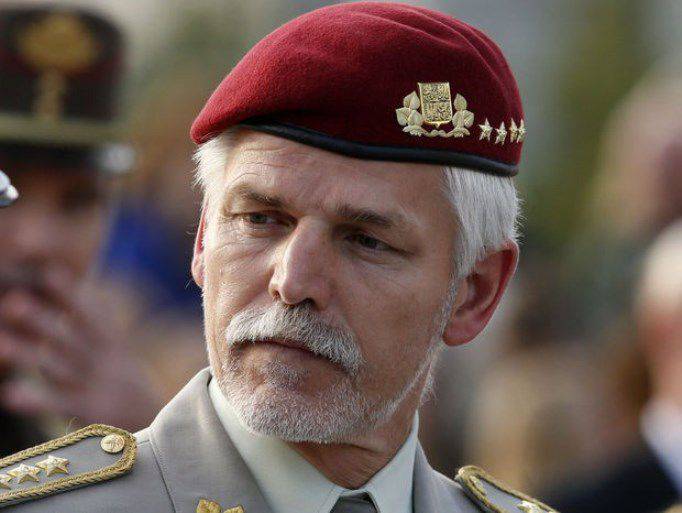 Earlier, the Polish government expressed the hope that in July 2016 g at the Warsaw summit of the alliance it would be decided to deploy NATO troops in Eastern Europe on a permanent basis.

“I think we use different terminology, but we mean the same thing. Some use the term permanent, others sustainable, and others rotational. In fact, everyone is talking about the same thing. As part of measures to strengthen the confidence of our eastern allies, there are a certain number of soldiers provided by other allies and conducting exercises on a rotating basis. ”- Pavel explained.

“These soldiers are a kind of forward presence, the purpose of which is not only to give confidence to our allies on the eastern flank of NATO, but, on the other hand, is a sign of solidarity from other allies,” he added.

As for Russia, then, according to Pavel, NATO is making attempts to establish contacts with it, but Moscow does not demonstrate such a desire.

“With regard to communication with Russia, everyone acknowledges that we cannot avoid dialogue at the political and military level if we want to avoid strategic miscalculations or incidents such as the one that led to the crash of the Russian aircraft crossing the Turkish border. Unfortunately, there are discrepancies between the statements of the Russian side in the media and the practical desire to make contact. Since I took my position in June, I have made several attempts to use the military communication channel. There is still a lack of desire on the Russian side to come into contact. ”, - he said.

According to him, this does not mean "complete closure of communication channels with Moscow." “Russians communicate bilaterally with countries (alliance).” Therefore, there is some communication, ”said Pavel.

Ctrl Enter
Noticed oshЫbku Highlight text and press. Ctrl + Enter
We are
Results of the week. "Well, do not change me because of every idiot!"
41 comment
Information
Dear reader, to leave comments on the publication, you must to register.