Russia and the United States on the ISS: the paths diverge

January 22 2016
119
From the very beginning of the Crimean events, unofficial sanctions against Russia also touched the space industry. For example, the already paid American, and later European, components for Russian spacecraft were not delivered. In the future, everything can take an even more serious turn. The largest joint project, where the paths of the Russian Federation and the United States are likely to diverge soon, will be the International Space Station. This is driven by both political considerations and deeper reasons. For all the years of the ISS, Russia almost did not benefit from participation in the project, with the exception of the loading of industrial capacities in creating numerous modifications of the Unions and Progressions. 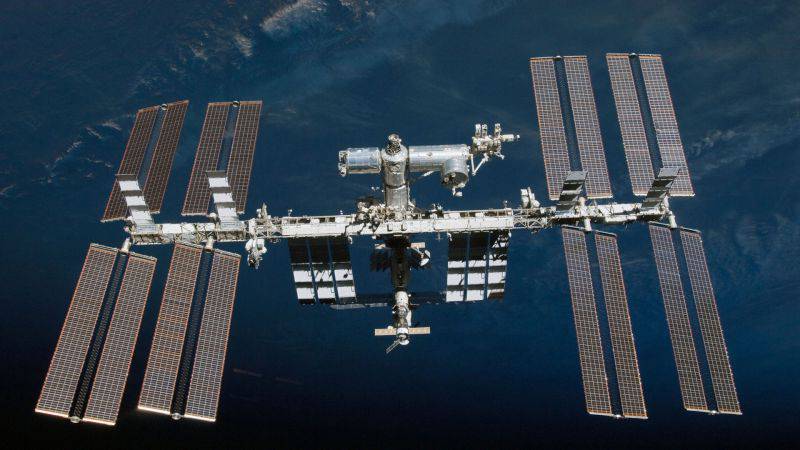 The point is not only in the generally deplorable state of Russian science, but also in the fact that in form the international station is in fact purely American property. This applies not only to parts produced directly in the United States. Thus, the Zarya module manufactured in Russia is owned by the United States. The same applies to the Harmony and Tranquility modules built in Italy, Canadian manipulators and much more. But that's not all. So, in the formal Japanese scientific module “Kibo”, the American NASA owns 46,7%, in the European “Columbus” the situation is the same.

In conditions when many key segments are somehow controlled by Americans, it is impossible for Russians to conduct any fundamental or applied (not to mention military) experiments without the knowledge of their sworn "partners." Experts warned about this even in those times when the ISS existed only in the form of sketches. But then it was extremely important for the Americans not only to attract the Russian Federation to the ISS project, but also to force it to liquidate its own Mir station, where the Russian Federation had complete freedom for any activity. Even Hollywood was used for this: we remember the famous phrase of the astronaut from the Armageddon movie about Mir, they say, we don’t even have that much cars - despite the fact that Mira was a little more than 10 years old the age of the ISS is already approaching the top twenty. In 2001, the station was flooded in the Pacific, and Russia threw all its forces to support the ISS.

The Americans, in fact, created an ideal scam with the ISS, forcing many countries to participate financially and technically in the creation of a complex that only they will control. For this reason, China refused to participate in the project.
The ISS, preferring to build its own Tyangun-1 station, in turn, Russia intends to launch another module in the 4 quarter of the 2016 of the year to the International Space Station.

Until now, most of the cargo to the International Space Station was delivered at one time either by the “Shuttles”, which have already gone to museums, or European ATV trucks. The latter carried an orbit to 7500 kg of cargo, but for 2016 the year this project was already closed - Europeans now have no space.

Today, Russian Progress (payload up to 2500kg), American private truck Cygnus (load up to 3500 kg), Dragon SpaceX ship (load 3310kg) and Japanese HTV (load up to 6000 kg) deliver cargo to the International Space Station. As you can see, “Progress” in this family is an honorable long-liver, but a serious change is already occurring on the heels and without political twists. If the Russian apparatus suddenly falls out of the general configuration, then the industrial capacities of the Americans and the Japanese will allow them to repair the breach.

With the delivery of astronauts all the more difficult. At present, there is no alternative to the Russian “Soyuz”, but competitors also do not stand still. SpaceX developed the manned spacecraft Dragon V2, which will make its first flight in December 2016 of the year. In addition, Orion manned spacecraft developed by NASA and CST-2017 Starliner from Boeing will be tested in 2018-100. As a result, by the year 2020, the United States may have three operational versions of a manned spacecraft at once. And if the Dream Chaser project is also implemented, there will be as many as four such ships. After that, the United States will finally stop needing the "Unions" and any cooperation with Russia in general.

As a result, 2019-2020 years is about the time when Americans can stop letting us on the ISS. If someone posing the question itself seems fantastic, then I would like to remind you that the current international situation, some three years ago, would seem to most of us to be an absolutely impossible option for the development of events.

Are we ready for such a radical development of events? More likely no than yes. As an alternative to the International Space Station, the smaller but completely sovereign orbital station, Rus, has long been called. There is also a promising project of a manned ship "Federation", which is planned to be launched by the end of the decade. True, the timing in the domestic space industry is a separate and unpleasant topic. For example, the Angara launch vehicle in the 1995 year was promised to be brought to the 2000 year, and as a result, the first launch took place only at the end of the 2014 year. Approximately the same in duration история, but also with an unsightly finale, happened to the Phobos-Grunt automatic station. Own orbital station is much more difficult to perform than any of these single programs.

Whether Russia will be able to realize such an ambitious project in an economic downturn is a big question. It is clear that this will require other people in leadership positions, a different attitude, a different spirit and strategy. The strategy is not separate for space, but for the country as a whole, where space is only part of a big national idea.

Ctrl Enter
Noticed oshЫbku Highlight text and press. Ctrl + Enter
We are
Domestic depth chargesSpace systems of the US military communications: analysis of the state and development
Military Reviewin Yandex News
Military Reviewin Google News
119 comments
Information
Dear reader, to leave comments on the publication, you must sign in.