Russia will give the former Yugoslav soldier to Bosnia and Herzegovina?

January 22 2016
35
Have at least one trial been initiated against US military officials and military personnel who were directly involved in the bombing of Yugoslavia in 1999? Not. The NATO bombing took hundreds of lives of Serbs, led to billions in losses in the economy of the Balkan state, destroyed families, and, indeed, the country itself.


The fact that the NATO aggression by the so-called international community has not yet been recognized as aggression once again speaks of the total fear of this very community before the “exclusive nation” of the “exclusive state”. The fear that the “exceptional” could at any moment raise their bombers up into the air and, under the slogan of spreading democracy, turn another state into ruins, has become the main rule of modern “international law” - the “rights” of one state to determine priorities and goals for all others. ..

And against the background of this protracted game of unipolar dictate, in fact, the only force that really politically opposes the States is Russia. Yes, the situation is much more complicated with economic nuances, but politically Russia is really defined by Washington as that bone in the throat that does not allow to cope “with food”, but also strives to finish off whoever eats this same food in excess quantities with going hungry gastronomic ecstasy

However, it happens, if it is possible to put it this way, incidents that put question marks in the plan of the mentioned political opposition to the two poles. One of these incidents occurred in Kurgan, where Interpol and the Federal Security Service officers, supported by riot police, detained a citizen of Bosnia and Herzegovina, a Serb by nationality, Ratko Samak (Samac). The material about his detention 15 January was published by the Ural branch of the newspaper Kommersant under the loud headline "War crimes entrenched in Kurgan."

What is the essence stories... who "dug in"? The bottom line is that this man (Ratko Samak (Samac)) at one time was a junior officer of the Yugoslav army who took part in the war that was burning in the territory of Bosnia and Herzegovina in the first half of 90's. At the end of 90's, Samac, who had Bosnian citizenship by that time, went to Russia for treatment, and in Russia he eventually received a residence permit. When more than 15 years passed since the end of the civil war in Bosnia and Herzegovina, local bloggers suddenly became interested in Samac’s personality, having published materials that he allegedly took part in the execution of a Bosnian Muslim family. Two years ago, Bosnia, on the basis of (attention!) Materials published by bloggers, put the former soldier on the wanted list. It came to Interpol.

From a short interview with a Bosnian blogger who publishes materials under his nickname Adnan, to the Kommersant newspaper:
He is wanted as a war criminal who committed the killing of civilians during the Bosnian war. As far as I heard, he disappeared from the country and quite officially lived in Russia for several years. I am even surprised that he is detained. 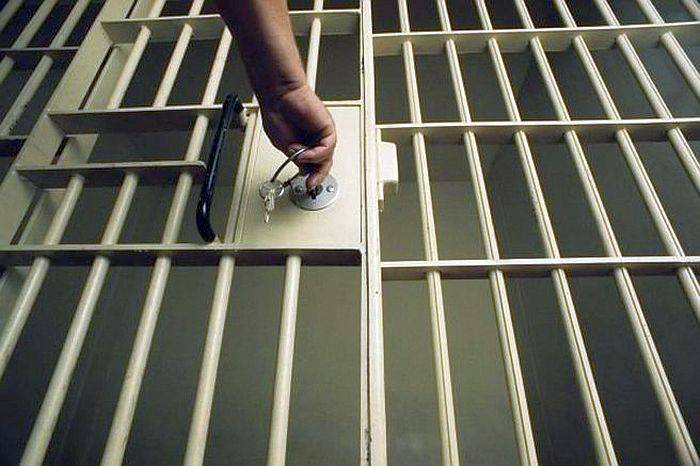 48-year-old Samak (Samac) is really detained. Moreover, the operation in Kurgan was more than serious, and this taking into account the fact that the Yugoslav soldier (retired) was not going to hide from anyone, never "dig in", and did not shoot himself from anyone ... Moreover, Samatsu, like reports in his material in "Free Press" well-known writer and publicist Sergei Shargunov, extended the term of the residence permit in the Russian Federation to 2020 year. That is, the local authorities knew exactly where Samac lived, and that he did not even think about hiding, because he had no reason to.

At this point in time, the Serb Samak (Samac) is in the Kurgan remand prison, and it is highly likely that he can be extradited to Bosnia and Herzegovina by a court decision, where, there is no particular doubt, they will “prove” his involvement in the commission of war crimes, and to anything, down to the "Kennedy assassination" and "participation in the ISIS detachment." They began with the “murder” of one Muslim family, and eventually Samak (Samatsu) would also bring in the “genocide” of all Bosnian Muslims ... - This is using the same technology that the so-called tribunal for the former Yugoslavia works for. The meaning is simple: the main thing is to find a "suitable" Serb, and then - a matter of technology: crying "witnesses" are selected, for whom testimony has already been concocted, and who in addition know English well. In general, window dressing for the “international community” - the international tribunal ...

One thing is not clear, for which Russia suddenly needed to pry the gang of Western swindlers, lured by those for whom if there are war criminals in the Yugoslav war, then these are exclusively Serbs ... democratic "West, moreover, it was issued on the basis of just some muddy publication in a no less muddy Bosnian blog, then we (Russia) will make a generous gift to" partners. " And are the "partners" themselves rushing to extradite criminals of various stripes to us (Russia)? Something can not wait ...

So, maybe, even Lugovoy "to the heap" will be given to Britain - well, as if as a sign of the "great friendship between the peoples" ...

Although there is hope that the Kurgan court (namely, in Kurgan, the decision on the extradition of Ratko Samak (Samac) will be made) will nevertheless evaluate the political palette before making a decision. At the very least, it would not have been possible to sort out the situation with the former soldier of the Yugoslav army ... After all, in fact, there is nothing difficult in recognizing a Serb as a political refugee, which automatically gives Russia full authority to ignore any hunt announced by an officer, performing his duties and orders of command.

Ctrl Enter
Noticed oshЫbku Highlight text and press. Ctrl + Enter
We are
Armored vehicles of Yugoslavia. Part of 6. Wars in the ruins. Bosnia and Herzegovina. Kosovo. Macedonia20 years after the war in Bosnia 1992-1995: rare photos of the conflict
35 comments
Information
Dear reader, to leave comments on the publication, you must to register.