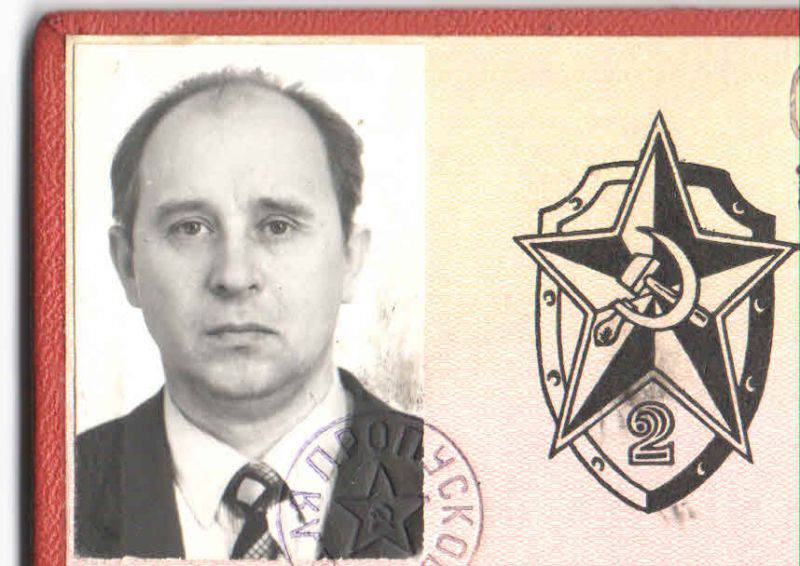 Unsent letters from the fronts of the Great Patriotic War are documents of enormous political, moral, moral, educational force for the next generation of our country’s inhabitants. Why is that? This can be explained by the fact that letters sent home to family, relatives and close relatives were sent by fighters and commanders of the Red Army, written during the lull between battles or from hospitals, contained only words of love, anxiety for the lives of their relatives in the rear and requests to take care of themselves. 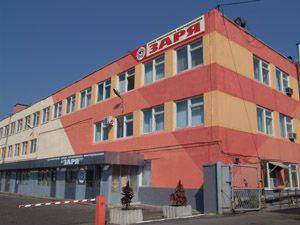 The fighters and commanders were warned that their letters should not contain information about upcoming battles, incoming weapons and the movement of military units. Another thing is the letters that the soldiers and commanders could write and keep as diaries. In them, people often expressed their thoughts about events, plans for the future, recommendations on the implementation of the tasks set, and much more. For the affairs of the State Department of my Ministry at the end of 70, I had to arrive at the instrument company in the city of Kalinin, this is the current city of Tver.

Director Aseev Vladimir Nikolaevich prepared everything for consideration with the Customer on the possibility of supplying products. Having completed the work, they began to say goodbye, but Vladimir Nikolaevich suggested that I linger for one day and go to Vyazma. He wanted to show me the place where the Soviet BT-7 tank from the Great Patriotic War was recently discovered in a dense forest. “Vladimir Nikolaevich, there are a lot of such finds. You can imagine how many millions of soldiers and commanders heroically died defending our country, and there are still a lot of military equipment in the ground, under water and in the mountains, ”I said quietly. “I think this is a special case. Find in tank very unusual, ”continued Vladimir Nikolaevich. In the end, I agreed, called the Minister and warned that I would stay in Kalinin for another day. The Minister did not specify the reason and “gave the go-ahead”. It seems that three hours later we were on the spot in that birch grove, which Vladimir Nikolaevich spoke about. He led me to a hole overgrown with grass and small bushes, and began his story. Here, seven years ago, the Soviet BT-7 tank with tail number 12 was discovered, which, after being inspected by officers from the Military Commissariat, was sent for disposal. A feature of the found tank was that the commander’s tablet saved a map, photographs and an unsent letter to his beloved girl. 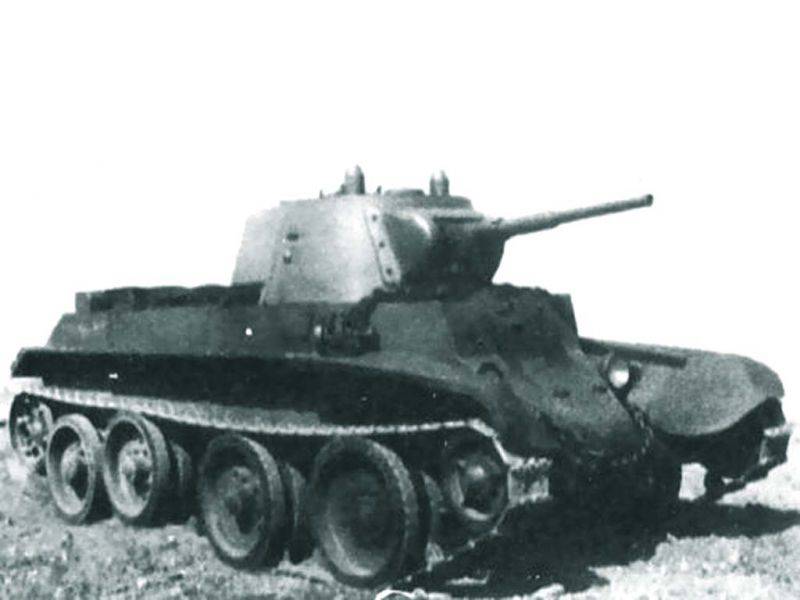 Yury Grigorievich, I wanted to tell you about this letter. The contents of his recently told me commissioner Gorovenkomata. Vladimir Nikolayevich retold the contents of the letter of Junior Lieutenant Ivan Kolosov. Silence ensued; such letters, while dying, could only be written by a person who, above all, appreciated his beloved, his children and his Homeland. Back we returned silently. Mentally, I returned to the personality of Junior Lieutenant Ivan Kolosov, to the death of tens of thousands of soldiers of the Red Army units near Vyazma. It was they who, being even surrounded, detained units of the Army “Center” of the Wehrmacht and ensured the organization of the defense of our capital. In those days, on the way to Moscow, there were no units of the Red Army. Therefore, on an urgent basis, Red Army units redeployed from the Far East and other fronts to defend Moscow.

Already in Kalinin, after transferring to my company car, and sitting in the backseat, I remembered my father's letters. We found them on the table in 1944, when we returned with our mother from the evacuation after the blockade was lifted to Leningrad to our apartment. Father, taking us to the evacuation, 25 August 1941, fought on the Leningrad front. He created heavy rail artillery. Then, in a short time, the naval guns MU-2 and B-38 managed to be installed on railway platforms. It was created about 30 two-gun and 152 mm artillery batteries, which with their aimed fire destroyed manpower and tanks of the Nazis at a distance of more than 20 km. 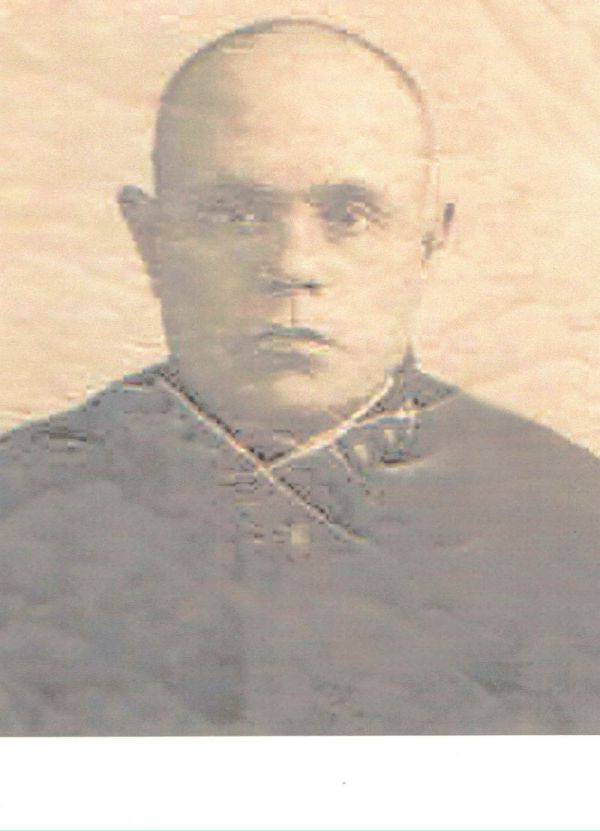 In the Pulkovo direction, the adjustment of their fire was carried out by naval navigators and artillery direction finders. Adjustment points were located at the meat-packing plant and the House of Soviets. The firing error of suppressing our artillery was no more than 20 meters, and the quick change of positions of the railway batteries ensured their safety. At the plant “Bolshevik” (at present, the former name “Obukhovsky” was returned to it, and it is part of the Concern EKR Almaz-Antey JSC), these artillery batteries were created.

On the table in our apartment, we found three letters from his father, his golden pocket watch, an inkwell and a pen. The last letter was dated 20 December 1941 of the year. In the letters, the father told his mother about his friends whom his mother did not know. These were the commanders of 41 and 73 artillery regiments, Maj. N.P. Witte and S.G. Gindin. He wrote that it was possible for 8 in December 1941 to release Tikhvin, to establish food supplies to the city, which he himself often falls under the shelling of fascist batteries. And in the last letter he wrote that he felt that with such a service he could die every second. “Nyura, take care of the children and yourself. Yura, be a family stronghold when you grow up if I die. We defended the city, although it was unbearably difficult. This is the merit of the inhabitants, fighters, commanders, and, as I think, G.K. Zhukov. 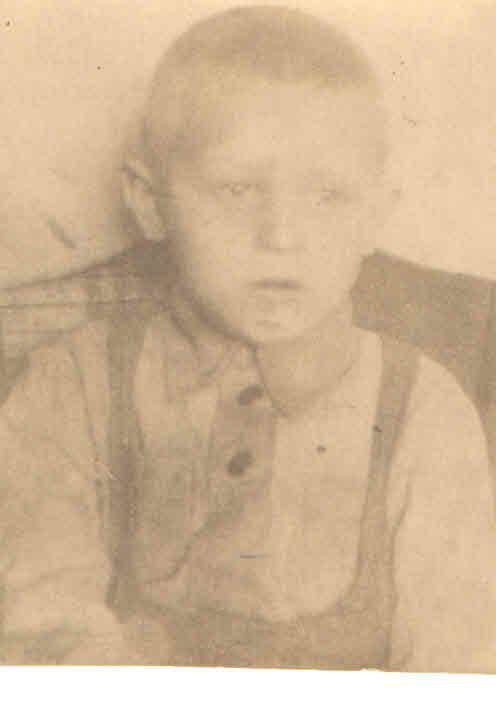 Then my father wrote a lot of good things about G.F. Odintsov, and extremely unflattering spoke about GI. Kulik. Apparently my father had to meet with them. And December 27 1941, the father died, as he felt. The co-workers buried their father in the Theological Cemetery, one of his assistants showed his mother the grave as soon as we returned to Leningrad. In the 1979 year after the 15 years of work in the research institutes (during this time I defended my doctoral thesis and, as Chief Designer, created a number of systems adopted), they transferred me to the USSR Ministry of Radio Industry as the head of the new State University.

In private conversations with the heads of enterprises subordinate to our State Institution, which were located in Ukraine, Belarus, Moldova, Latvia, Lithuania, Estonia, we touched on the letters and personal diaries of participants of the war that were not sent from the fronts of the Great Patriotic War. The opinion was the same, that our people were patriots of their country. Director of the Novgorod Sadko television plant Pavel Mikhailovich Iudin showed me an unsent letter from the Nazi officer of the 291 division of the Army Group Center to Herman Weyvild, who was killed on the Volkhov front. In it, the fascist wrote: “Winter and artillery are murderous. No one will believe that we are experiencing here, I filled my pants three times, it's impossible to get out of the dugout, my toes are frostbitten, my body is covered with scabies. ” He wrote about himself, but we did not see a single letter from the fascists to curse themselves and Hitler for attacking our country. They killed our children and women, burned villages and villages, and none of them had any feelings of guilt for these atrocities. This is the strength of the fascist ideology that the leaders of the Wehrmacht in a short time instilled in their people, and especially the youth.

In conclusion, I would like to wish the leaders of our country to decide on the moral and patriotic education of the Russian population and begin to implement it in all directions. After all, we must be worthy of our fathers and grandfathers, who defended the country's independence in a terrible battle with fascism. I would like to give the readers of VO such an example that happened to me back in 1956, when I was still a cadet. I had to go through the next practice at the Ural Baltic mine layer fleet. At the same time, two cadets from the GDR were practicing on this ship. One day, one of them showed me a photograph taken by his father in the North Sea. In the photo, from the bridge of the fascist submarine, a small transport was recorded, which this boat torpedoed, and a fire in the transport.

Our emperor Alexander III was right regarding the choice of allies for Russia. Currently, the implementation of moral and patriotic education in the country is due to the fact that Russia is already leading an undeclared war on several fronts. The absence of their own doctrine in this matter allows liberals and sectarians to quickly fill this niche at the expense of the enemies of our country. The people's memory of the Great Patriotic War haunts many residents of the country. Monuments to mothers who saved an entire generation of children during and after the war have been erected in many cities in Russia. Older people often come to these monuments with their grandchildren and great-grandchildren. Fresh flowers are always at the foot of these monuments. In St. Petersburg, there is no such monument, although residents of the city repeatedly raised the issue of its installation.

In the magazine "Military Review" from September 27 2013 was published my article "Memoirs and inspirations." This article cited a poem by the poetess E.P. Naryshkina “I don’t want the memory to be overgrown with a byle”, in which there are patriotic lines:

“... bowing my head before the courage of all women.
I want this feat to be immortalized.
I do not want the memory overgrown bylem.
We need a monument.
Family that honors and grandmothers, and mothers,
In the days of family anniversaries would be hastened to it soon,
With children and grandchildren honor their mournful way.
Shock labor in the war.
I don't think so alone,
I understand.
We need a monument to all mothers.
Give them a debt, and I will give.
And I will never understand
Great feat - and no trace. "

Ctrl Enter
Noticed oshЫbku Highlight text and press. Ctrl + Enter
We are
My grandfather's front-line letters (part 2)Diplomats of the People's Commissariat of Defense: on the eve and during the war
7 comments
Information
Dear reader, to leave comments on the publication, you must to register.