January 22 2016
33
President Barack Obama delivered a final address to the Congress. His term of office ends soon, and many analysts consider the lifting of sanctions against Iran to be the most significant achievement of his administration. On the other hand, the US Middle East policy, which has led to a sharp fourfold drop in oil prices, is still a mystery: whether this is the new strategy of Washington in the world, or just another zigzag of the so-called “controlled chaos” policy. The Middle East may become a “chaos” trap for someone, but for whom? That is the question… 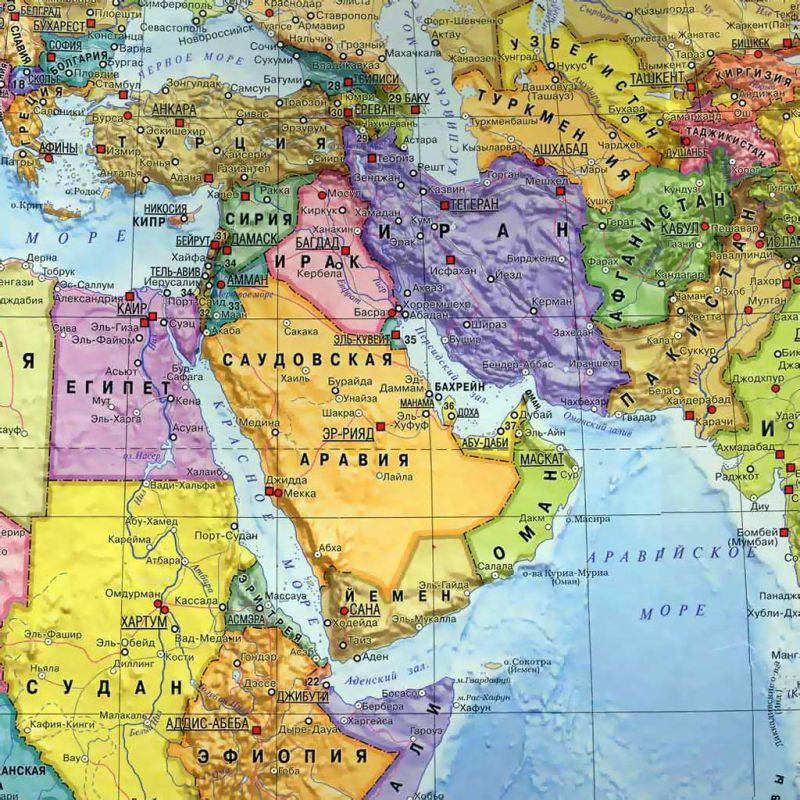 In Roman Babayan’s “Right to Vote” program (from 12.01.2016, TVC), American experts shared insider information that the US is no longer interested in the Middle East. Then we can say that Washington to some extent return to the policy of isolationism. This is evidenced by the phenomenon of Donald Trump with his idea of ​​"returning America home." Trump is evidence of the undoubted drift of US policy: part of the ruling class is tired of the burden of world leadership. This drift will find a place in the politics of Washington, regardless of how the fate of US presidential candidate Donald Trump.

Then in the near future the USA will become a “regional power”, and the Pacific and Atlantic oceans will become its influence regions. To this end, Washington is now actively creating the Pacific (without China) and Transatlantic (without Russia) partnerships. But the Trans-Indian partnership is not in the project! It turns out that the United States leaves the Indian Ocean, and then the Middle East is not really interesting for them! And they leave him to the mercy of fate, and do not mind plunging into the chaos of war in order to catch fish in its muddy waters.

Then it is clear why Washington demonstratively throws its long-standing partner in the region - Saudi Arabia, as if suggesting Iran to take it into its hands. After all, international sanctions are being lifted from Iran. True, the United States imposes at the same time ballistic sanctions against Iran, but they are one-sided, and are a weak consolation for Riyadh.

At the same time, Riyadh itself conducts a more than strange policy: it executes the Shiite preacher Nimr al-Nimr, and this is a clear provocation towards Iran. Countries are breaking off diplomatic relations, and the State Department dismissively states that these "guys" should solve their problems themselves. Riyadh responds with a certain degree of challenge: “he is not interested in the opinion of Washington regarding the kingdom’s relations with Iran.”

The world media blames the oddities of the Saudis on some kind of panic in their royal house, after all there are more 1000 princes ... There are rational explanations: Riyadh aggravates the situation in the region to cause an anti-Iranian reaction of the United States. Only, but he does not want a war with Iran and is afraid of ...

Washington’s plans to create the Transatlantic and Pacific partnerships coincided with the US coming out, for the first time after a long period, to the world oil market, and with shale oil. The first batches of this oil have already begun to flow to Europe. It is relatively expensive, and is faced with cheap Middle Eastern oil in the markets. If the US intends to use shale oil as an energy weapon, to conquer the Atlantic and Pacific markets, they need to remove competitors with cheap oil, for example, by making a war between them. The war between Saudi Arabia and Iran will block the access of oil from the Persian Gulf to world markets, and will allow them to capture US shale oil.

Once this scheme was worked out on the Iraq-Iran war, and today it is being imposed on Saudi Arabia and Iran. Since the SA is obviously weaker, but equipped with more modern American weapons, the United States, after a pause, will support the Saudis, relying on their bases in the region. Weapons, intelligence, however, not participating in the conflict openly. This is the traditional US policy: to support the weak against the stronger, so that they kill each other as long as possible.

So far, there is no desired reaction for the USA. Perhaps the awareness of such an unenviable perspective caused tensions between the United States and the Saudis, and they decided to try to flood this strategy of Washington with their cheap oil, despite financial losses. The budget of Saudi Arabia is bursting at the seams, but the country has foreign exchange reserves. At the same time, the producers of shale oil in the United States, Russia and other oil-producing countries also incur serious costs. And they are all set against the Saudis ... What if this is also a strategy planned by Washington?

Iranian diplomacy is considered, by the way, to be very qualified, and it also does not take rash steps. The Iranian Foreign Minister in Davos answered the direct question about the conflict with the SA: there will be no war between Iran and Saudi Arabia.

Indeed, Tehran may find itself in a war on two fronts: Saudi in pro-Iraqi Southern Iraq, and Turkish in Northern Iraq, where ISIS is not yet defeated, behind which Turkey stands. Everyone knows this, but the Western allies of Turkey do not see it point-blank.

The obviousness of the strategy of a great power does not make it impossible, because it is being forced, in this case, by all the power of the United States. In principle, it is possible to provoke Iran, until they achieve the necessary reaction, under the promise of Washington, part of the loyal princes of Saudi Arabia, and then to fall upon it with all its might, like Saddam Hussein.

For now, the Saudis refuse to blindly follow orders from Washington, and fill the world with cheap oil, but the provocative execution of al-Nimr is a disturbing bell. Washington has many secret levers of influence on the Saudi princes. In its continuation, they can organize an incident Belli (reason for war) between Saudi Arabia and Iran, for example, shoot down a passenger plane, the region is crammed with modern weapons ...

In the event of an escalation of the conflict, Russia will have to support Iran, and then an indirect war between the USA and Russia in the Middle East theater of operations can be easily seen. All wars will eventually end in some world, but the region’s largest oil-producing countries will be in ruins, and the world market will be captured by US shale oil.

... When world politicians make statements about their commitment to peace, let's not forget that Big Politics is often accompanied by a big lie.

Ctrl Enter
Noticed oshЫbku Highlight text and press. Ctrl + Enter
We are
Wrath of WASPs. Who voted for trump and why?Overseas ally? Donald Trump - US Presidential Candidate
33 comments
Information
Dear reader, to leave comments on the publication, you must to register.