In Indonesia, launched the frigate Sigma

January 21 2016
25
In the Indonesian Surabaya, at the company of the company PT PAL, the lead frigate URO "Sigma-10514" was launched, reports TSAMTO. 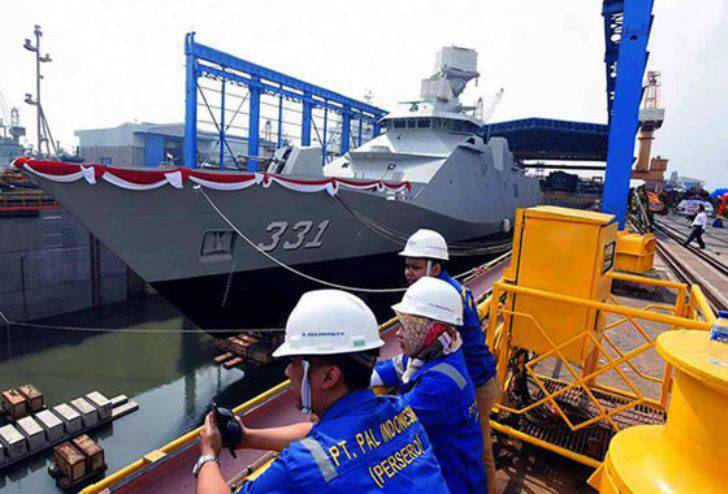 According to the publication, “The Ministry of Defense of Indonesia and the company DSNS (Damen Schelde Naval Shipbuilding)
The contract for the supply of the Indonesian Navy head 2400-ton lightweight frigate URO Sigma PKR 10514, developed on the basis of the project of the frigate Sigma-10514, signed in June 2012 g.

The ship consists of 6 modules, four of which were built in Indonesia (PT PAL), and two in the Netherlands (DSNS). The final assembly of the frigate is carried out by an Indonesian company.

The lead ship is planned to be transferred the fleet in January 2017, under the PKR project (Perusak Kawal Rudal), construction of up to 20 such ships is planned.

The second frigate (first serial) was laid in the spring of the 2014. His transfer to the country's Navy is scheduled for October 2017.

Ctrl Enter
Noticed oshЫbku Highlight text and press. Ctrl + Enter
We are
Romania will order 4 new corvette SIGMAThe appearance of the Vietnamese corvettes project SIGMA 9814
25 comments
Information
Dear reader, to leave comments on the publication, you must to register.