Do not joke with the CIA, otherwise it will be bad ... CIA

January 22 2016
9
The Greek newspaper Ekathimerini, published in English, according to bloggers, fell under the rink of censorship. The reason for the deletion of one article that appeared earlier on the site was published data on espionage affairs of the CIA in the former Yugoslavia. 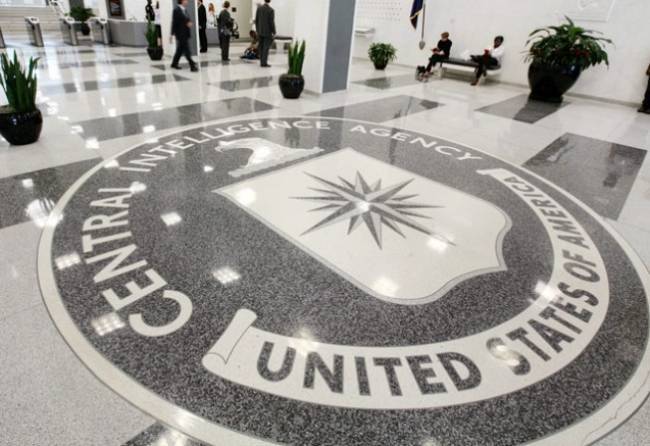 It was January 19. The website of the Greek newspaper Ekathimerini, published in English, published material concerning some interesting details of the work of the CIA in the territory of the former Yugoslavia.

The note was short and dealt with certain aspects of the organization of exploration in the states formed on the territory of the divided SFRY. Journalists named several names, including technical officers of the Macedonian Ministry of Internal Affairs, who collaborated with the CIA.

The original text of the article “Ekathimerini” and its translation into Russian appeared in the group “There is no US foreign policy” network "VKontakte" on the evening of January 19.

The publication reports that the CIA stationary stationed in Sofia played a key role in the organization of exploration in the countries formed on the territory of the former SFRY.

The Republic of Macedonia declared independence in 1992. From that moment on, representatives of the US intelligence community began to operate there, reporting to residency at the US embassy in Sofia.

Journalists point out that in 1992-1993's. The Ministry of Defense and the Ministry of Internal Affairs of Macedonia were under the control of the CIA. Electronic reconnaissance equipment was sent to Sofia through the channels of the diplomatic mail, from there it was transported in vans to Macedonia.

The points for the installation of the equipment were determined, according to the publication, with the participation of the Minister of Defense of the Republic of Moldova, Vlado Popovski. The task was to collect classified information on Serbia. Americans were especially interested in Kosovo interceptions.

The collected data was sent automatically to the USA via satellite. Earlier, Americans used similar equipment in Croatia.

The encoders KZU-71, used by the soldiers of the Yugoslav People's Army (JNA), and samples of three types of cable for land lines in Yugoslavia, became the "trophies" of the American intelligence officers.

A cable network diagram, a closed radio network of the SFRY, a catalog of Yugoslav cables with technical characteristics, JNA documents on the use of frequencies, call signs, day and night schedules were at the disposal of the engineers.

Samples of products and documents were sent to Washington. Technical specialists of the Macedonian Ministry of Internal Affairs Branko Dusevich and Stanko Pipan participated in obtaining the images of the encoder and information about the cable communication line, the newspaper writes.

In addition, on the initiative of the same Ministry of Internal Affairs, it was planned to conduct technical reconnaissance in respect of the landline between Greece and Serbia.

The censorship event turned out to be interesting, let us add (if it was, of course, because there is no direct evidence). Tseerushniki, if they really interfered in the activities of a free democratic (where is our homeland of democracy, is it not in Greece?) Press, only helped the Greek journalists.

Yes Yes exactly. The publication, translated into various languages ​​of the world, including Russian, was distributed over the Internet. Dispersed in the English original, and English has long been considered international.

And now the whole planet knows about the Ekathimerini newspaper and the CIA activities in Macedonia. He also knows the names of those who collaborated with the workers.

Do you want free advertising and promotion of your media from censors from Washington? Write something about the CIA. In English, which is understood in Washington. They will write you, call, scare, threaten with “international laws”, a diplomatic scandal and something else. You will probably be forced to delete the text. However, a few hours of text hanging on the Internet is a lot. During this time, tens of thousands of people can read the note, and some of them will copy the text into social networks. Other activists, supporters of freedom of speech, will translate the article into other languages. And go note walking on the global network.

Attention to the text, and at the same time advertising the publication will be provided. And the CIA - yes, that the CIA, even the Director of National Intelligence of the United States, along with Barack Obama and John Kerry, will have no opportunity to prevent the electronic replication of material on media sites, blogs, and social networks. If Washington couldn’t prevent multi-volume publications from Comrade Snowden, then what about such small notes?

Observed and commented on Oleg Chuvakin
- especially for topwar.ru
Ctrl Enter
Noticed oshЫbku Highlight text and press. Ctrl + Enter
We are
Armored vehicles of Yugoslavia. Part of 6. Wars in the ruins. Bosnia and Herzegovina. Kosovo. MacedoniaArmored vehicles of Yugoslavia. Part of 3. Yugoslav People's Army (1945-1980's)
9 comments
Information
Dear reader, to leave comments on the publication, you must to register.