Tricky comments. Under the table from the Ukrainian methods of presenting information


So the "correspondents" will be surprised, so surprised. You crawl out from under the table, collect the keys scattered around, and understand that you are a trifle, plankton against the sharks of the Ukrainian pen. 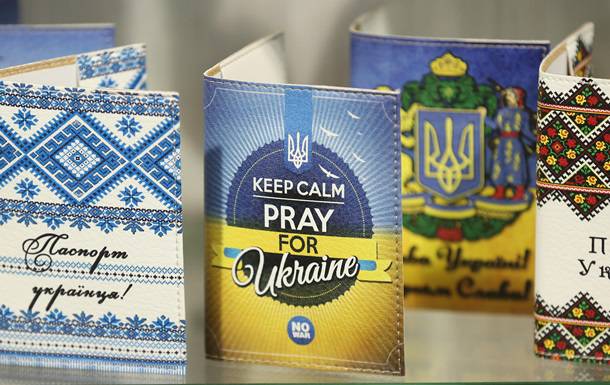 Ukraine entered the ranking of the best countries

"Ukraine entered the ranking of the best countries." No not like this: "UKRAINE WAS IN THE RATING OF THE BEST COUNTRIES !!!".

"Ukraine also entered the top thirty of the most influential countries".

This is to penetrate all. The rating of the best is half peremogy, and the thirty is a BUREAU !!!!

Especially if there is no Russia there. But we go further in the text.

"Ukraine took 59th place in the ranking of the best countries in the world according to US News & World Report, behind Iran, Nigeria and Pakistan. There are 60 positions in the ranking."

Journal, I agree, in the US, and in the world, weighty. But not so much so that there with "Bloomberg" or "Standard and Pursu" equal. But as they say, in the absence of a maid ...

"Countries were evaluated according to criteria such as tourism and adventure, social obligations of the state, cultural influence, innovation, historical heritage, economic growth, openness to business, global strength, standard of living. "

Well, the fact that Iran, which for so many years with sanctions spread rot around the world, gave way, this is weird, but Iran is still a state with a capital letter. Pakistan is also a state, confident, whatever one may say. Yes, and you will not turn Pakistan, it will be enough, than to respond in response.

But Nigeria ... This is already zrada. It turns out that Nigeria is ahead of Ukraine in everything on the list. Maybe not all, but such positions as the "social obligations of the state" and "power on the world stage" are enough. But it is not Ukrainians to argue with American opinion.

But about the historical legacy should be a shame. Ancient ukry because the Black Sea dug! What about the Nigerians? What did the Nigerians do? Was the desert filled? Probably dug the ocean.

But in general, Nigeria has bypassed Ukraine for a reason. Still, the first African economy, even South Africa overtook. So the proud Ukrainians Nigerians lose, it turns out, not shameful.

And what kind of magic "thirty" such?

It's all simple too. This is in one of the nominations, "Strength on the world stage", Ukraine takes place 26. In the first place - the United States, of course, in the second - Russia, in the third - China.

By what such criteria were evaluated, it is not entirely clear. What kind of power that Ukraine demonstrates on the world stage, where it shows it ... But the American magazine knows better. Seen somewhere.

Here it is necessary to introduce another category: "The ability to make candy out ..." It is clear from what. Here the Ukrainian media is so superior that even the Americans will take second place.

It remains only to congratulate the big-eyed employees of the "Correspondent", who has spotted such a shake. 59 is the place of 60, only Iran, Pakistan and Nigeria are to come forward - this is indeed a victory.

Ctrl Enter
Noticed oshЫbku Highlight text and press. Ctrl + Enter
We are
A great interview with Sergey Lavrov: about Ukraine, Obama and IranWhat you didn't want to know about England
66 comments
Information
Dear reader, to leave comments on the publication, you must to register.