OPK develops equipment that will be guaranteed free from "spyware"

January 20 2016
150
"The combined instrument making corporation" started the development of computer technology on the basis of the Russian 8-core processor that will replace their foreign counterparts, which do not guarantee the absence of the so-called spyware bookmarks transfers RIA News message of the press service of the enterprise. 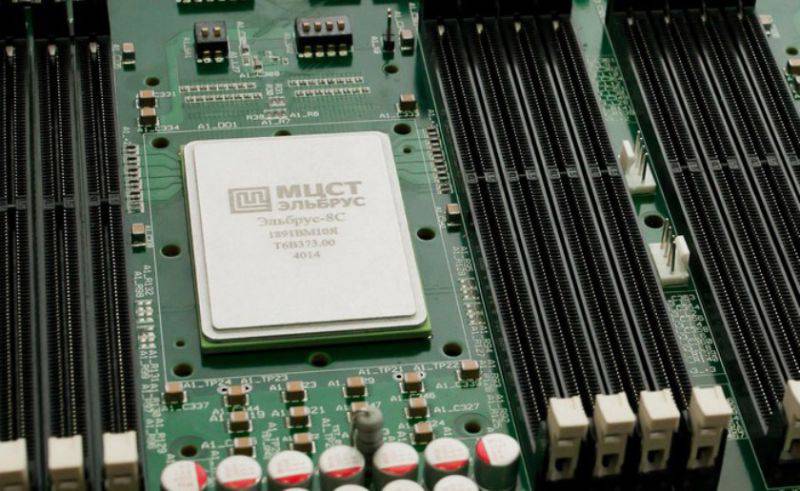 “The new generation of chips is based on modern 28 Nm technical process. Clock frequency "Elbrus-8С" - 1,3 GHz, performance - 250 Gflops. At its base will be set up computer stations, laptops, servers. Developments in the corporation are conducted by the Institute of Electronic Control Machines (INEUM) named after I.S. Brooke ", - explained in the corporation.

“OPK began the development of computing technology based on the new Russian 8-nuclear microprocessor Elbrus-8С. based on advanced chip equipment will replace the foreign samples, which does not guarantee the absence of "spyware bookmarking" and protection against information leaks, "- said in a release.

"We are creating technology for the state and the strategic sectors where acute problems of data security and avoiding insecure foreign decisions, - says Director of the Defense Industry Department of innovation development, Alexander Kalinin. - The microprocessor is the "brain" of computing devices, which in our trusted systems along with the circuitry and software must be Russian. Such a combination ensures that there are no “bookmarks” and “leaks” in the equipment. ”

"Compared to its predecessors the peak performance of the new Russian equipment will grow in 3 5-time bandwidth IO channels - in 8 time", - noted in the corporation.

“In addition to creating traditional computing complexes, larger projects are being worked out. In particular, the performance of servers based on "Elbrus-8S" will allow in the near future to begin construction on their practical based supercomputer, "- said in a statement.

Now the market is supplied with equipment based on the Elbrus microprocessor of the previous generation.

“In particular, last year the corporation handed over the first batch of servers based on Elbrus-4С to the federal executive authorities of the Russian Federation. In addition, in 2015, commissioned by the Federal Security Service (FSS) of Russia on the basis of "Elbrus" complex hardware was created, which will connect into a single secure network channels encrypted document communication of the CIS and Russia ", - reminded the press service.