January 20 2016
61
The crew of the aircraft carrier cruiser "Admiral Fleet Of the Soviet Union Kuznetsov ”will celebrate the 25th anniversary of the flag raising at the ship’s standard mooring in Murmansk, betrays TASS Post press service of the Northern Fleet. 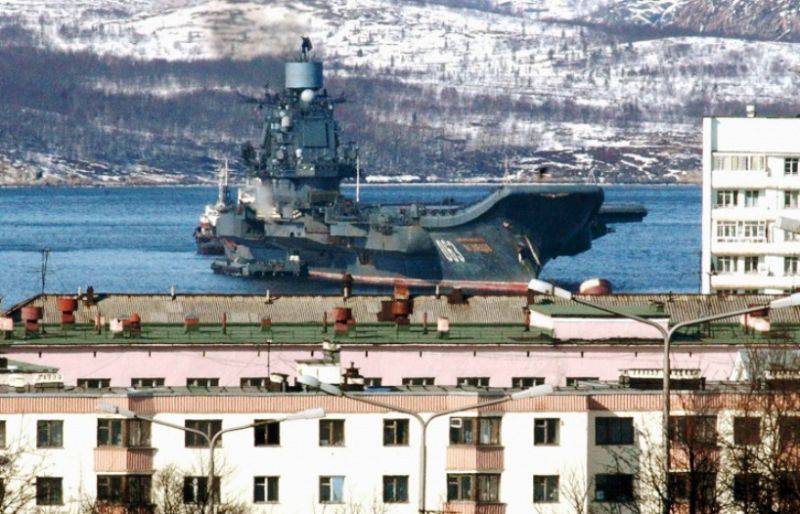 "In honor of the anniversary of the aircraft carrier this week will be held solemn events and rewarding the military," - said in a release.

“In the fall of 2015, after the completion of the planned restoration of technical readiness, Kuznetsov entered the training ranges of the Northern Fleet in the Barents Sea. The crew checked the performance of all units and mechanisms of the ship. Also, there were scheduled intra-ship exercises to combat survivability at sea, communications exercises, and testing of the operation of complexes designed to support deck flights aviation. Due to difficult weather conditions, training flights of carrier-based aircraft were not carried out, ”the press service said.

Flights will be resumed in this when the ship leaves the sea.

It is noted that “Kuznetsov” is not only the only Russian aircraft-carrying cruiser, but also the only ship in the world from whose deck fighter pilots rise into the air in conditions of the polar latitudes. ”

“The Admiral of the Fleet of the Soviet Union Kuznetsov was founded under the name Riga of 1 on September 1982 of the year at the Black Sea Shipyard in Nikolaev. 6 was launched on December 1985 of the year, and in 1987, it was renamed “Tbilisi”. In October, 1990, the ship received its current name "- reminded the press service.

Ctrl Enter
Noticed oshЫbku Highlight text and press. Ctrl + Enter
We are
ARMY-2016. Training complexesEvents in honor of the 71 anniversary of the Victory, held in the republics of Central Asia (photo compilation)
Military Reviewin Yandex News
Military Reviewin Google News
61 comment
Information
Dear reader, to leave comments on the publication, you must to register.