Media: just four battalions split off from the "Right Sector" 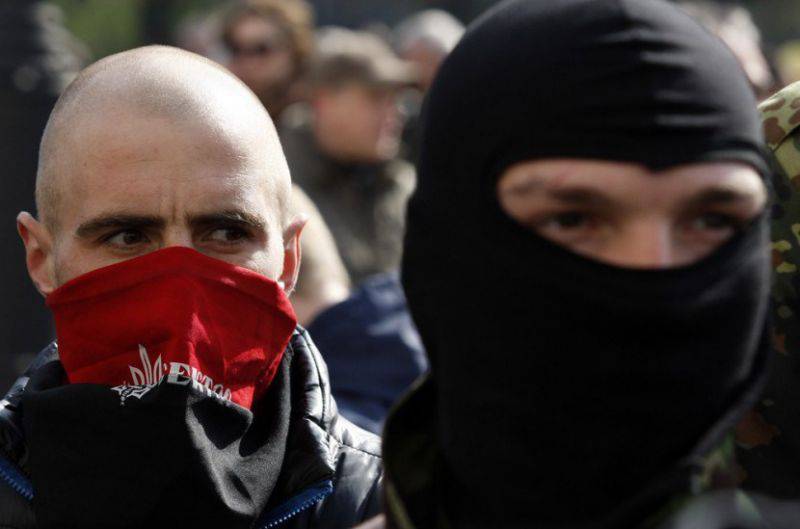 According to the newspaper, referring to the press service of the PS, from the extremist organization left "special purpose battalions" West "(Transcarpathia)," West-2 "(Lviv region)," West-3 "(Ivano-Frankivsk region) and" West -4 "" (Volyn). "Now, these units themselves are responsible for their actions," - said the publication.

“These structures are not part of the“ Right Sector ”and are created solely on their own initiative by individual fighters and commanders, they have their own leadership and subordinates. Given this, we declare that we are not responsible for their actions, ”the PS statement said.

Ukrainian newspaper reminds that December 28 former leader of the "Right Sector" Dmitry Yarosh announced his withdrawal from the organization and the creation of a new movement.

“With my team, I made a decision to leave the Right Sector and initiate the creation of a qualitatively new social and political movement that will be able to produce an independent conciliar Ukrainian power,” Yarosh said in December. - Now is the time to focus on public affairs. Our movement has grown, strengthened and moves to a new stage of its development. ”

Ctrl Enter
Noticed oshЫbku Highlight text and press. Ctrl + Enter
We are
Reports from the militia of New Russia for 1 September 2014 of the year
Military Reviewin Yandex News
Military Reviewin Google News
88 comments
Information
Dear reader, to leave comments on the publication, you must sign in.