January 20 2016
6
The local police department confirmed the death of a 21 man during a Wednesday attack on a university in Charsadda (Khyber Pakhtunkhwa) in northwestern Pakistan, reports RIA News message from France Press. 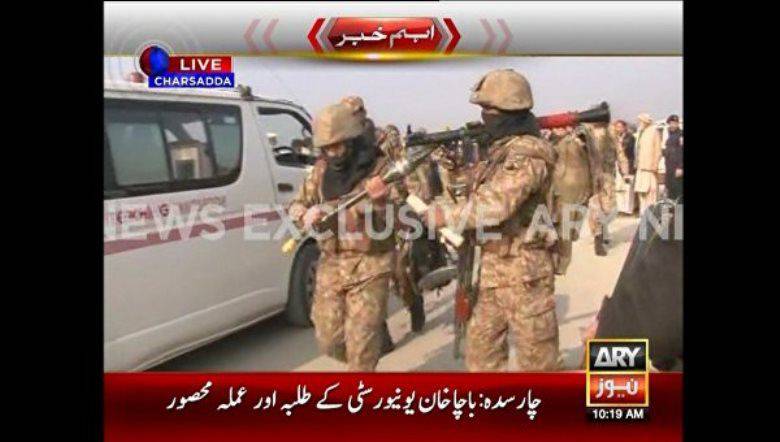 Earlier it was reported about the death of 15-ti people, and 50-ti injured.

Immediately after the terrorist attack, the police reported that “an armed group consisting of 4 militants broke into the territory of the university in Charsadda”. However, later data on the number of attackers began to change. Now their number varies from 6 to 8.

According to the agency, “at the time of the attack, there were about 3 thousands of students in the territory of the school”.

According to the local newspaper Daily Pakistan, "the police liquidated two intruders."

According to another newspaper, the Times of India, law enforcement officers managed to destroy the 4’s attackers.

The university campus has now been evacuated. Investigation is underway, the police are engaged in the search for accomplices.

Daily Pakistan also reported that "militants of the Pakistani wing of the Taliban terrorist movement - Tehrik-e-Taliban Pakistan" claimed responsibility for the attack. 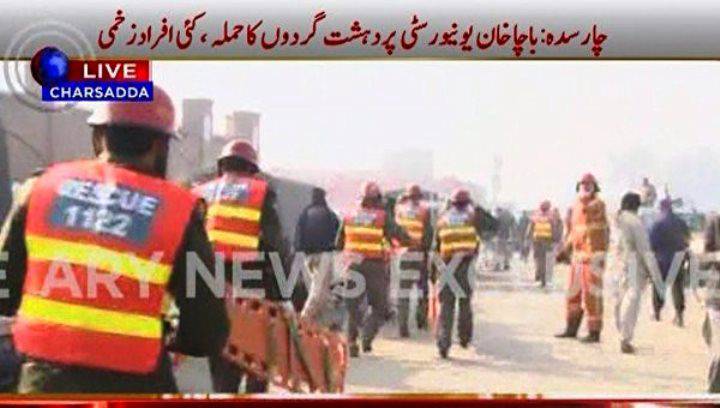 Ctrl Enter
Noticed oshЫbku Highlight text and press. Ctrl + Enter
We are
Reports from the militia of New Russia for 3 September 2014 of the yearResults of the week. "Well, do not change me because of every idiot!"
Military Reviewin Yandex News
Military Reviewin Google News
6 comments
Information
Dear reader, to leave comments on the publication, you must to register.