January 20 2016
40
The Pakistani military conducted a successful test of the air-launched cruise missile, Ra "ad, RIA News Post a local resource DAWN, referring to the statement of the Ministry of Defense. 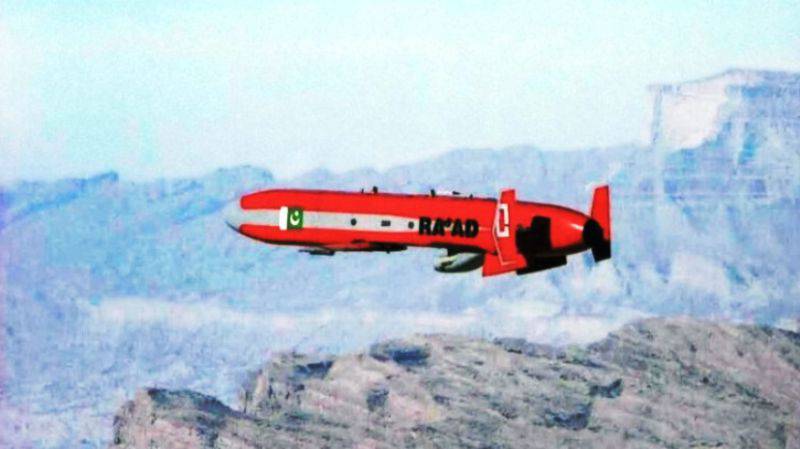 According to the ministry, the "Ra missile" ad (Hatf VIII) is capable of carrying a nuclear warhead, its radius of action is 350 kilometers. "

The statement reads:
"Maneuvers when flying at low altitude allow it (the rocket) to avoid detection and interception by modern missile defense systems."

"This test was the seventh since 2007 of the year," - notes the publication.

The agency recalls that Pakistan and its main rival in the region, India, did not sign the non-proliferation treaty of nuclear weapons, and declared that they had weapons of nuclear warheads.