How the "underwater terminator" was created

January 24 2016
91
The Soviet nuclear submarine of the 705 "Lyra" project became the top of the food chain in the underwater world. Like a shark. Thanks to the revolutionary technical solutions, the submarine could catch up and hit any target, but no one could hit it. The creation of the Alfa (the name of NATO submarines according to the NATO classification) changed the world tactics of underwater combat, the US high-speed torpedoes and missile-torpedoes came into being thanks to the submarine.
The only weapons of the 705th project were torpedoes, six devices in the nose. The submarine was created to hunt for enemy submarines and duel situations. IN aviation such devices are called fighters. The designers were given the task: to create a submarine that can evade weapons. To this end, a special decree of the Central Committee and the Council of Ministers of the USSR SKB-143 (now SPBMB Malachite) was allowed to depart from the norms and rules of military shipbuilding if they prove the need for such measures. The designers completed the task.


The boat turned out to be a small one, with a displacement of just over 3000 tons, with one propeller and a compact streamlined cabin. The swift outlines of the Lyra resemble a large marine predator - for example, an orca. The titanium hull reduced the visibility and weight of the submarine, sharply increasing speed and maneuverability. The design of the submarine applied revolutionary at the time solutions.

The reactor was with a metal coolant. This created a lot of problems with maintaining its working temperature, but the boat developed a full course from its place in a minute. The power plant turned out to be light - the weight of the reactor on the 300 tons less than that of other submarines - and compact. In this case, the complexity of the construction of "Lyra" was included in the legend. Virtuoso welders "Sevmash" bent the electrodes and used mirrors to lead the seam in a jumble of cables and pipelines.

Submarine control was maximally automated (even the galley was mechanized), thanks to which the crew was tripled compared to conventional submarines. There were no watch in the compartments - control of all systems of parameters was carried out from the central post. A combat shift consisted of eight people. On the "Lire" first appeared rescue capsule - in an accident the crew went into the pop-up cabin. For 20 years of operation of this type of submarine they did not die a single person.

- We had highly professional crews: an 24 officer, six midshipmen and a sailor. And when not a first-year-old sailor sits at the console of acoustics, but a captain of the third rank, a fire, water and copper pipes, he discovers such targets that no electronics can see, ”said Alexey Potekhin, who had commanded one of the Lear for eight years.

Good advertising submarine made American fiction writer Tom Clancy. In his novels, Alfa was described as the evil genius of American submariners, invulnerable and deadly. Able to escape from the enemy torpedoes and catch up with any ship "Lira" has earned such a reputation. Under the water, "Lira" accelerated from the spot to the 41 node in a minute and at full speed could in 42 seconds turn into 180 degrees.

The favorite entertainment of Soviet long-range pilots was to scare American aircraft carriers. Having tracked the warrant somewhere in the Atlantic, the Tu-95 was sneaking up on a shaving plane and roaring over the flight deck. Aviators photographed enemy technology and showed friendly gestures through the windows. The underwater analogue of the fun (and the combat mission at the same time) was the pursuit of American submarines. Off the coast of the United States, the Lyra stuck to the missile carrier that had gone on combat duty and pursued it for weeks without giving it access to the destination area.

Especially for the "Lyra" created a pneumatic torpedo tubes, which allowed to shoot from any depth, and later became the famous rocket-torpedoes "Squall". The option of equipping the submarine with ballistic missiles was considered, but it required serious changes in the design of the submarine and abandoned the strategic version. "Lira" remained underwater fighter, titanium shark. 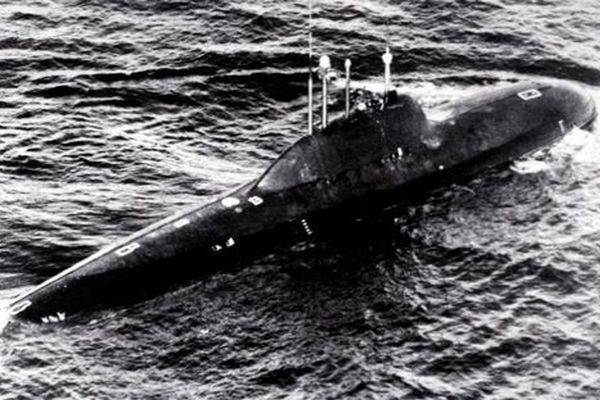 Ctrl Enter
Noticed oshЫbku Highlight text and press. Ctrl + Enter
We are
Project submarine 705How to create a submarine fighter project 705
91 comment
Information
Dear reader, to leave comments on the publication, you must to register.