"Boomerang": where did the best armored personnel carrier in the world go? 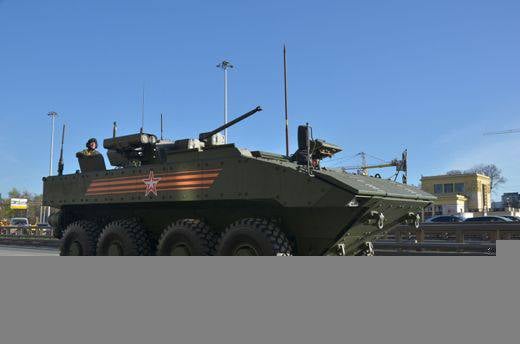 The APC-7829 BTR based on the Boomerang medium wheeled platform became one of the 2015 world sensations of the year. For the first time in more than 55 years, we have created a fundamentally new wheeled armored vehicle for motorized infantry units, which has nothing in common with the BTR-60 / BTR-70 / BTR-80 / BTR-82 and BTR-90 family.

The year began for “Boomerang” very alarmingly. At the end of 2014, it was not clear from whose submission, information appeared in the media that these armored personnel carriers are not ready and therefore will not be able to take part in the May 9 Parade.

The Herald of Mordovia was one of the few publications that told the truth: Boomerang will still take part in the ceremonial passage through Red Square.

We then referred to the materials that were posted on the website zakupki.gov.ru, where the documentation was submitted on the electronic auction for the purchase of works on the technical supervision of Boomerang armored personnel carriers for the needs of the Ministry of Defense of the Russian Federation in 2015.

As expected, 12 machines were supposed to take part in the jubilee events.

However, there was no certainty that we would see VPK-7829. A peculiar informational "oil to fire" was the publication in the bmpd blog respected by all who are interested in military topics: "The Boomerang program becomes a victim of sanctions." In addition to everything else, it was reported that "all three Boomerang prototypes built were stuck in Ireland, and their future prospects, like the entire contract, are unknown." This material has caused a great resonance in various publications, especially Ukrainian. In total, several dozens of materials appeared: from relatively neutral in form of supply - to joyous-stinging ones, where frank joy was not hidden due to the "total failure of this Russian program."

True, for some reason, no one who was delighted wanted to draw attention to the fact that the bmpd blog posted information ... April 1. For the most dull-witted, a message appeared that "this material, of course, is an April Fools' rally." But the majority of publications that took everything seriously did not give any refutations. They even missed, as they say, past the eyes and ears of the message, which appeared on April 3: VPK-7829, also known as Boomerang, despite all the negative predictions, takes part in rehearsals of the military parade, which take place in Alabino near Moscow. "Messenger of Mordovia" and wrote about it among the very first. 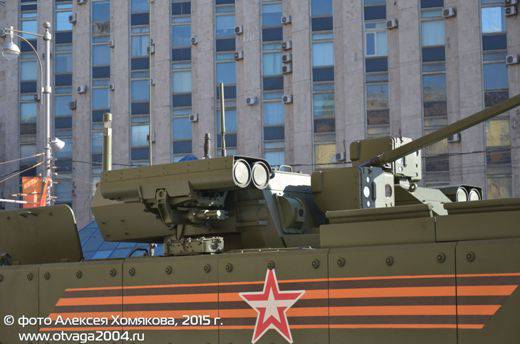 True, everyone then noticed that 4 machines took part in the rehearsals (three closed the passage of technology, one in reserve). Moreover, of all the new models involved, this BTR was the most “disguised” - only undercarriage elements were visible from under the tarpaulin.

Initially participating in rehearsals in Alabino "Boomerangs" were equipped with a combat module, armed with a machine gun caliber 12,7 mm. By the way, the illustration that appeared later on the website of the Ministry of Defense of the Russian Federation showed the “Boomerang” precisely in the “machine-gun version”. But closer to the Parade, all 4 machines urgently received modules with 30-mm guns and the Kornet ATGM.

According to military experts, this re-equipment of the military-industrial complex-7829 indicates the modularity of the design and the high potential of this platform. 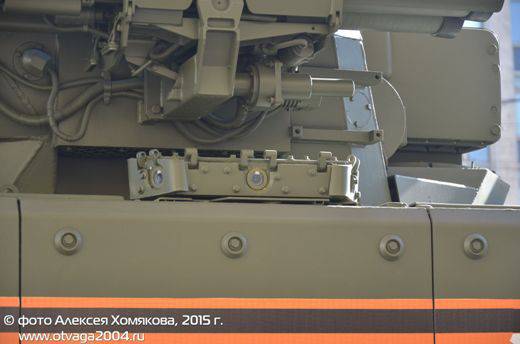 Gradually, during rehearsals, the military removed the covers of secrecy, and more and more construction details could be seen. Experts admired the modular booking, the presence of a well-designed stern ramp, a protected bottom.

It is worth noting that before the Boomerang appeared in the Moscow region, many of the amateur and professional artists tried to recreate the look of a promising machine, but they, as a rule, produced samples that were very similar to their Western counterparts. But the real "Boomerang" outwardly very different from foreign cars, and, for the better.

At the anniversary Parade with "Boomerangs" there were no problems. They were given the honorable duty to complete the passage of the mechanized column.

However, after the May premiere, the armored personnel carriers seemed to have disappeared. About them there was almost no open information on the forums and exhibitions of weapons. Only the corporate edition of OAO Plant of Corpuses (Vyksa, Nizhny Novgorod Region), the newspaper Bronya Otechestva, revealed some details of the creation of this combat vehicle. 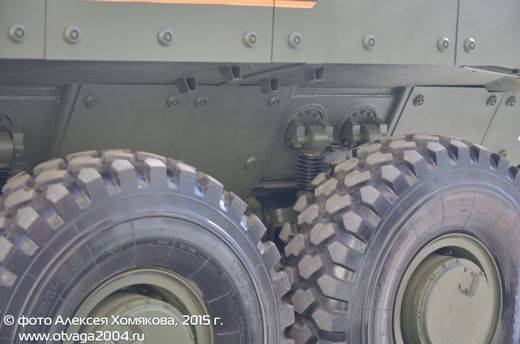 It turns out that the development of the Boomerang production at this plant began in the 2013 year, and in July the first building was manufactured 2013.

At the beginning of 2014, Military Engineering Center LLC applied for an experimental industrial batch. As noted in the publication, the deadlines were tight - the last building had to be delivered in December 2014.

In early April, began preparations for the manufacture of "Boomerangs". To this end, a lot of work was carried out on the modernization and procurement of new equipment, including unique belt grinding and laser systems of increased power.

For the manufacture of an experimental industrial batch the most qualified specialists were involved. In the course of work on the product, many design issues arose, for the solution of which workers from the Military Engineering Center were invited.

As a result, the first building was manufactured in July, and the last - in October 2014, that is, the work was completed ahead of the prescribed time, with the required quality. 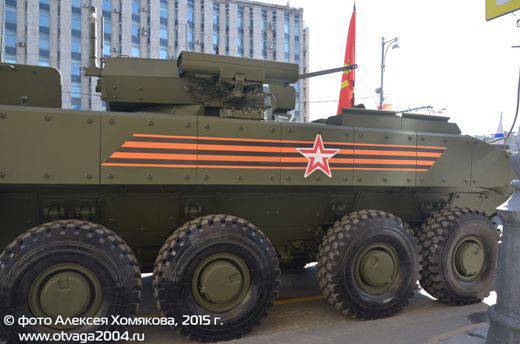 According to reports, work on this armored personnel carrier continues, and this year we will be able to get acquainted with this vehicle in more detail.

Ctrl Enter
Noticed oshЫbku Highlight text and press. Ctrl + Enter
We are
Armament of domestic armored personnel carriersPlatform "Kurganets-25" and "Boomerang." Layouts and assumptions
201 comment
Information
Dear reader, to leave comments on the publication, you must to register.