The UN believes that DAISH keeps slaves up to 3,5 thousand

January 19 2016
18
The DAISH group (ISIL) is likely to hold thousands of people, mostly women and children, into slavery up to 3,5, according to a joint report of the Office of the High Commissioner for Human Rights (OHCHR) and the UN Assistance Mission for Iraq (UNAMI). Reports about it TASS. 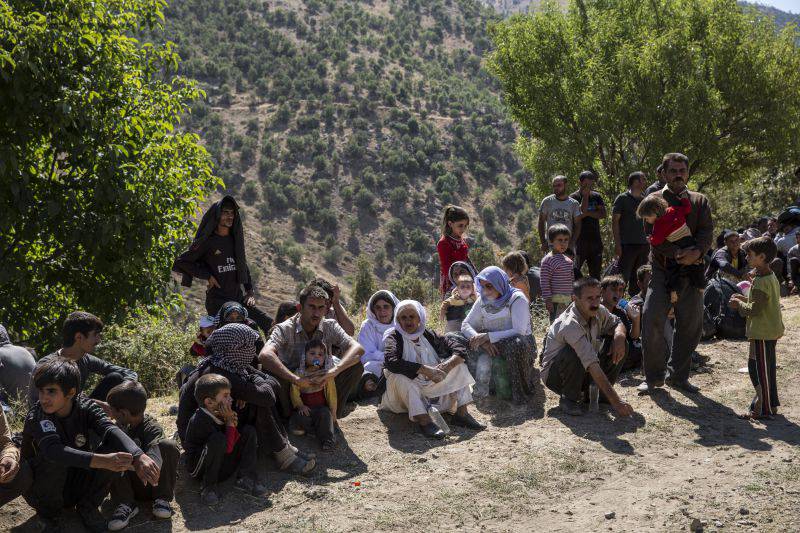 A group of Yezidis, fleeing from ISIS terrorists, 2014,

“ISIS continues to subject women and children to sexual abuse, especially in the form of sexual slavery,” the document says. “OHCHR and UNAMI continue to believe that the number of people currently held by ISIL in slavery is approximately 3500.”

“Mainly women and children are kept, who come primarily from the Yezidi community,” the report stresses. “However, there are also people from other ethnic and religious minority communities.”

The UN "is deeply concerned about the state and safety of everyone who is in captivity at ISIL."

The group “continues to commit systematic and large-scale acts of violence and violations of human rights and international humanitarian law,” the document says.

“These actions may, in some cases, constitute war crimes, crimes against humanity and, possibly, genocide,” experts write.

Ctrl Enter
Noticed oshЫbku Highlight text and press. Ctrl + Enter
We are
Iraqi women escaping from DAISH sexual slavery intend to fight for the liberation of MosulResults of the week. "In the queue, sons of bitches, in the queue!"
Military Reviewin Yandex News
Military Reviewin Google News
18 comments
Information
Dear reader, to leave comments on the publication, you must sign in.