Is the Ukrainian chaos gaining momentum to Washington?

January 20 2016
24
Recently, the talk that the United States of the ongoing Ukrainian chaos, along with the unresolved conflict in the Donbas is very beneficial both politically and economically, has become quite familiar. So familiar that any alternative grain in this issue was difficult to discern. Why are there "difficult" ... - almost impossible. However, with the obvious desire of the United States to solve the problems of its 18-trillion debt through the chaos of entire states, it's time to look at the problems of the American game in Ukraine from a slightly different angle, especially since there is a reason. 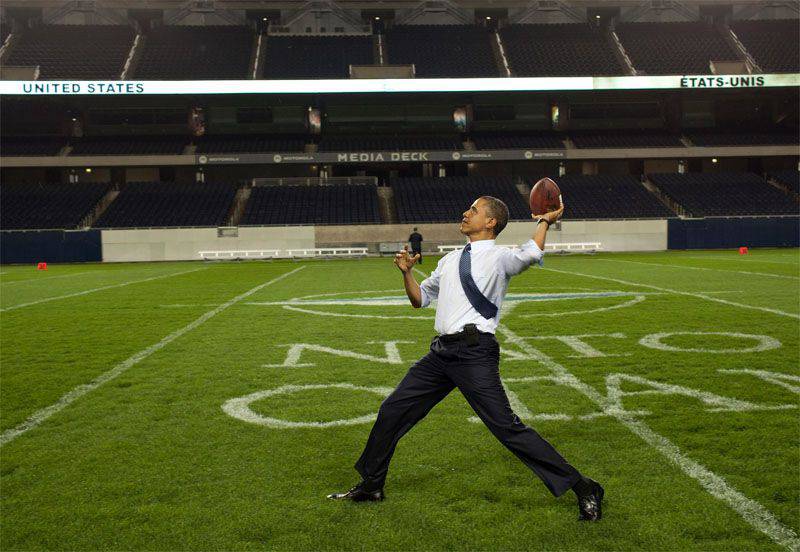 For a start it is worth remembering how it all began. It will not take long to recall, as all the Maidan events and after almost two years in memory are very, very fresh.

So, the Ukrainians were announced that Yanukovych was a mean and bloodsucker who, in addition, wanted to give a damn about exclusively democratic agreements with the West, having decided to postpone the signing of an association agreement with the EU. Under this shop, crowds of “mangalore”, covering the “faces” with balaclava, with generous funding from the Ukrainian oligarch itself and distributors of buns “from there”, with a cudgel and fire (including firearms weapons) led Ukraine to the victory of the great democracy ...

The tasks of the United States meanwhile: to wreak havoc in Ukraine with the goal of changing power, the total “hopak” of separating Ukraine from Russia morally, economically and politically, the entry of American companies into Ukrainian markets, including with the aim of extracting shale hydrocarbons (the Bidenov family’s dream ), the transformation of Ukraine into a field for deterring Russia as much as possible with the “square” invasion of NATO and the deployment of the NATO base in Sevastopol. And the apogee: the transfer of "color" revolution on Russian territory.

After two years, it becomes clear that the state of affairs in Ukraine for the United States, so to speak, “Fifty-Fifty”: the Crimean dream, and with it the formula “Ukraine to NATO”, crumbled right away, the Biden gas in Ukraine after the initial discovery in large then suddenly they didn’t show up in the same volumes, first American companies went to the Square, then with shouts “yes, even Brighton Beach has more honest business,” they ran back in their hearts, having managed to snatch some of the assets.

It would seem that a two-year chaos “with continuation”, including a leapfrog with agreements on Donbass, innumerable hordes of ghouls from terbats, watering people's deputies with green and pulling the prime minister for reproductive organs - all that Washington does. However, in fact, it turns out that Ukraine clearly stands out from the plan that was drawn overseas, and the more time passes, the more intense the faces of those who have brewed all this mess over the same ocean. And if we assume that, in reality, the United States and Ukraine, as Vitaly Leontyevich Mutko would say, have “know how”, then such an assumption would be wrong with a high degree of probability.

The American problems connected with Ukraine today are that Ukraine has so much believed in “Uncle Sam” that they simply do not want to take any actions of their own in any of the fields of activity (except for scratching their tongues). This leads to the fact that Ukraine, already hooked on a needle of foreign loans, does not allow this needle to be removed from its body. Washington finds itself in a difficult situation: on the one hand, it is ukrorezhim and the chaos that for the time being, Washington seemed manageable to him, needs financial support, but on the other hand, the States can’t take over the entire volume of the Ukrainian budget and pay off debts on previously allocated loans, even if they decide to increase the pace of the printing press again. Moreover, the more resilient the States become in terms of providing financial (and any other) assistance to Ukraine, the higher the likelihood that the Ukrainian people decide to look at the situation without illusions caused by the smoke of Maidan tires. In other words, if the States (well, or the puppet States of the EU authorities) finally do not turn into a cash cow of the Ukrainian economy against the background that the Ukrainian oligarchs and all sorts of rogues continue to pull away this very economy (oh, horror for Washington !) will open his eyes. Open the eyes and at the same time push the Independence power from the pedestal to “Square”, recalling this power and the loss of the Crimea, and the war in Donbass, and the almost twofold increase in the number of poor, and new utilities (foreign tariffs) in the government, and CIA floor in the building of the SBU, and everything else.

In the conditions of the fact that the Ukrainian authorities themselves are not used to knocking their fingers to improve the situation in the country, the risks associated with the fact that the people of Ukraine (excluding the Maidan Ghouls) are increasing for the USA will take and look towards rapprochement with Russia. For Washington and for present-day Kiev, this is the most terrifying scenario. And given that the United States is far from always accustomed to cling to the established regime with a dead grip (at least take Egypt after the overthrow of Mubarak and Mursi came to power - where is that Mursi now? ..), it is believed that the United States is already scratching their heads further action in Ukraine. Blind financing has shown that money is being stupidly stolen and eaten away, refusal from blind financing is a push for Ukraine towards Russia ...

For the two post-Maid years, there was no one for which all this porridge was brewed by America - Russia had not launched its own “color revolution”. And now for the United States a question of paramount importance: whether such a revolution will be launched in the Russian Federation in the near future, namely, before the Ukrainian people, having eaten enough to fill with the Maidan pack, will arrange, if I may say so, counter-Maidan.

It turns out that the unceasing chaos in Ukraine today is extremely unprofitable for the American authorities, since the policy of appearing on the Ukrainian political horizon can be played by a politician who is at least not aimed at glancing at the mouth of the States, but at the most - aimed at rapprochement with Russia. There are two options for the United States:

or loosen the grip of Ukraine (from which Moscow is clearly not enthusiastic), however, by continuing blind funding of the Ukrainian economy at a loss (and the “loss” for the US is demonic),

or arrange a new solitaire in order to try to sway the situation in Russia using an economic question.

The second is clearly preferable for Washington, but also much more difficult, because with all the economic difficulties, Russian citizens have a good vaccination against all sorts of Maidans, especially from "democratic" and proposed by foreign "friends" ...

Ctrl Enter
Noticed oshЫbku Highlight text and press. Ctrl + Enter
We are
Situational analysis of the death of the MH17 flight (Malaysian Boeing 777), made on the basis of engineering analysis from 15.08.2014Results of the week. "God forbid to see Russian revolt, senseless and merciless!"
24 comments
Information
Dear reader, to leave comments on the publication, you must to register.