January 19 2016
79
Opinion polls in the Netherlands show that around 70% of Dutch people do not consider it necessary to approve the association agreement between Ukraine and the EU. Recall that the Netherlands is preparing for a referendum, which will raise the question of precisely the feasibility for the European Union to follow the path of association in relation to Ukraine. Despite the fact that the results of such a referendum in Holland are more advisory in nature, and that the head of government has the authority to simply ignore the results of the will of the people, in Amsterdam, they are still concerned about the mood of citizens.


In order not to be in a puddle, deputies of the country's parliament of tulips from the D-66 party decided to turn to the country's foreign ministry to clarify the question of (attention!) Russia's possible influence on Dutch public opinion ... Information about its "concerns about Russia's possible influence on ordinary Dutch people “And the request to the Foreign Ministry of the country on Twitter is shared by the member of the Dutch Parliament Mr. Verhoeven:
Are there any signs in your field of vision that the upcoming referendum on the Association Agreement between Ukraine and the EU can be influenced in some way, including financially, by Russia? 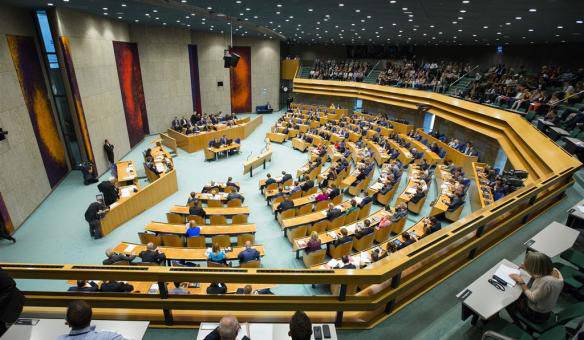 This request was made against the background of the information that the US Congress is implementing a program aimed at establishing the “facts of financing European parties by Russia”. One of the directions of the “investigation” is associated with Russian charity, which, according to Western paranoids, can be used to shape public opinion in the countries of the European Union.

In general, everything became clear: if the Dutch suddenly vote against the association agreement between Ukraine and the EU, it will be announced that people were under the “information pressure of Russia”, and then the results will be adjusted to “democratic norms” ...