US presence in the APR strengthened by the second aircraft carrier 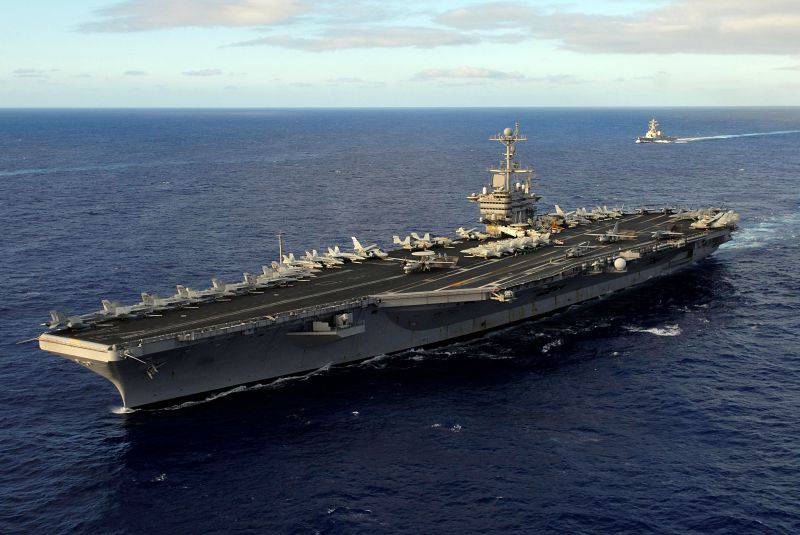 In Japan, the port of Yokosuka is another aircraft carrier - Ronald Reagan.

“Aircraft carrier John C. Stennis left the home port of Bremerton, WA, on January 15 and will be in the western Pacific for 7 months due to North Korean nuclear tests and regional confrontation around disputed islands in the South China Sea,” the agency said .

It is assumed that John C. Stennis, who "went through 18-month repairs after completing his mission in the Middle East in 2013, will be involved in military exercises with American allies in Northeast Asia."

Americans are trying to hinder Beijing’s military activity in the South China Sea under the pretext of providing free shipping.

Help Agency: “The nuclear aircraft carrier John C. Stennis (CVN-74), with a tonnage of 103 of thousands of tons, named after Senator John Stennis of Mississippi, was built in December of 1995. It can be stationed around 90 fighters and military helicopters, as well as 3,1 thousands of troops. ”

Ctrl Enter
Noticed oshЫbku Highlight text and press. Ctrl + Enter
We are
J-20A in the tasks of expelling the “backbone” of the US Navy from the western part of the APRThe first harbingers of a global maritime confrontation
33 comments
Information
Dear reader, to leave comments on the publication, you must to register.