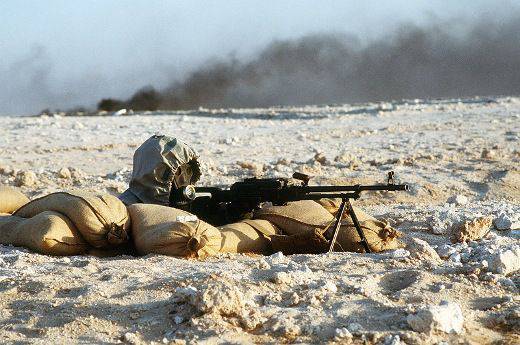 A quarter of a century ago, Operation Desert Storm began, as a result of which the Iraqis were expelled from Kuwait. In the defeat of Saddam Hussein, a certain role was played by the Syrian army, which transferred to a hot spot Tanks T-62, BMP-1 and special forces units.

In 1990, the 9-I armored division arrived in Saudi Arabia, consisting of two tank and one mechanized brigade: a total of over 300 T-62. In addition, the 45 commando brigade was transferred there. In total, Syria fielded over 9 thousands of fighters against the "Iraqi aggressor". Of course, against the background of the more than seven hundred thousandth grouping in this region, the reinforced Syrian division was a drop in the ocean, but the Americans and Saudis were also happy with such help. The Syrians did not achieve anything outstanding in this war. The author remembers how shortly after the end of hostilities, military experts, speaking of the shortcomings of the Abrams tanks in the desert, mentioned the Syrian T-62, "which passed along the sand more than 1000 km without breakdowns, as a positive example." 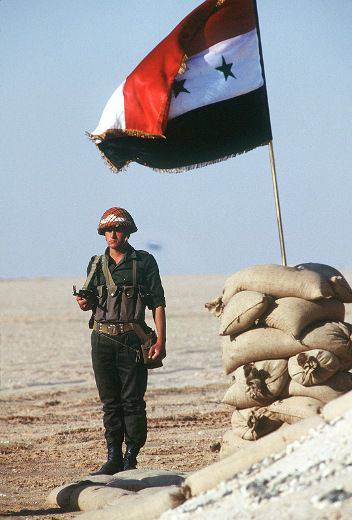 Some of the current politically unreadable readers will exclaim: how is that? Why did Syria side with the US and the Saudis? In fact, this is not surprising. Events in the Arab world: a chain of conflicts, temporary alliances, betrayals and hypocrisy. Saddam Hussein and Hafez Asad pathologically hated each other. At international meetings, the leaders of these states smiled and shook hands, but in fact they did harm as they could. 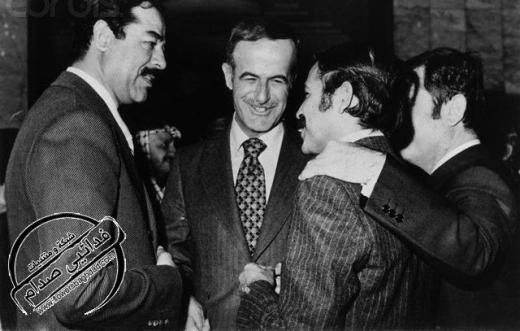 Countries provoked internal instability, conspiracies, such as Iraq, supplied weapons Syrian fundamentalists, who, starting with 1979, committed terrorist attacks, the apotheosis of which was the bloody revolt of 1982 in the city of Hama. Syria, in turn, from the very beginning of the armed conflict between Iraq and Iran, took the side of the latter and, to the best of its ability, did everything to ensure that the Baghdad regime was defeated. In gratitude, Iran transferred to help the Syrians in Lebanon the fighters of the Islamic Revolutionary Guard Corps (IRGC).

Speaking of Lebanon, it was in this country 7 years before the events in Kuwait and Saudi Arabia that Syria openly encountered the United States. The fact is that the Americans, with their NATO allies in 1982, after Israel’s occupation of Beirut and the massacre in the Palestinian camps Sabra and Shatila decided to intervene in the conflict. This ended in October 23 1983, the suicide bombers attacked the barracks of American marines and French paratroopers. As a result, NATO soldiers 307 died, which of course sharply aggravated the situation in Lebanon. The American A-6 and A-7 attack aircraft and the French Super-Standard aircraft began to bomb the positions of the Lebanese Shiites and the Iranian fighters of the IRGC in Lebanon. In response to the shelling of American F-14, which carried out provocative overflights of Syrian positions, attacks on ATS air defense systems in the Bekaa Valley began. Soviet media claimed that as a result of the response, 9 aircraft of the US Navy and France's 2 were shot down. The Americans recognized the loss of A-6 and A-7, one pilot was killed, and the second was captured. 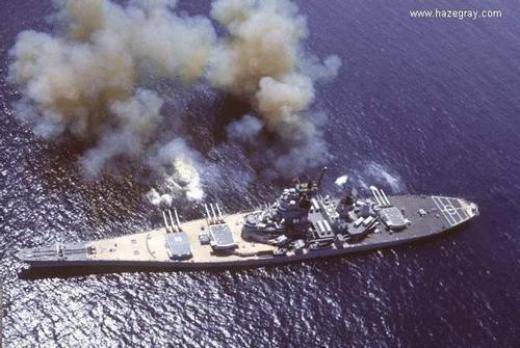 The American battleship "New Jersey" of 406-mm guns began firing "shells the size of a car" Syrians in Lebanon. In early February, such attacks have already taken a systematic character, hundreds of shells have already begun to operate. True, the results were more than modest, it was reported on the destruction of only one command post. Soviet sources generally argued that such attacks were pursuing propaganda goals and suffered mainly from civilians. In the end, in February 1983, the Americans in disgrace had to get out of Lebanon.

In December, 1988, over the city of Lockerbie, was bombed by Boeing 747 airlines PAN AM. The Americans began to accuse the Syrians that it was their special services that organized the attack. But in the 1990 year, when Syrian troops landed in Saudi Arabia, all allegations from the Assad regime were dropped. Libya was appointed the scapegoat. 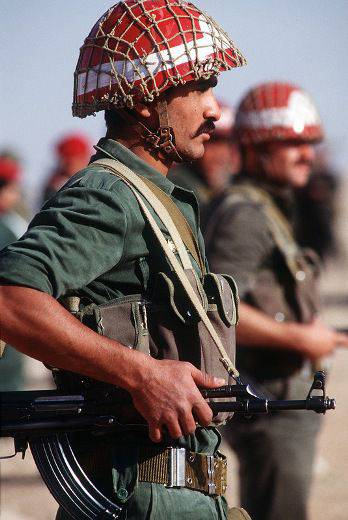 By participating in the operation "Desert Storm", Hafez Asad, thus, tried to kill several birds with one stone, he restored visibility of relations with the United States, they lagged behind his country for more than a decade. Saudi Arabia began to provide financial assistance, plus Syria has earned a good deal of smuggling supplies to Iraq, which has come under severe sanctions.

In 2003, Bashar Asad openly supported Baghdad when he was already forced to defend himself against American aggression. As a result, relations with the Americans began to deteriorate rapidly and, shortly after the end of active hostilities in Iraq, the Americans seriously discussed plans for a military invasion of Syria. In addition, Western circles have done a lot to squeeze Damascus from Lebanon, where he had strategic interests. Relations with Saudi Arabia also deteriorated. This Persian Gulf tyranny now talks a lot about the Syrian army’s war crimes, while at the same time units from Sudan, whose President Omar al-Bashir is declared a war criminal for the murder of 300 thousand, are involved in the Saudi aggression in Yemen. An international tribunal has been waiting for him for this genocide for a long time. But the Saudis do not notice. Nothing personal. Just politics. Without principles and morality.

Ctrl Enter
Noticed oshЫbku Highlight text and press. Ctrl + Enter
We are
Armored vehicles of Yugoslavia. Part of 3. Yugoslav People's Army (1945-1980's)Tanks "Abrams" and BMP "Bradley" in the operation "Desert Storm"
38 comments
Information
Dear reader, to leave comments on the publication, you must to register.