Well, on Mars or where far away? 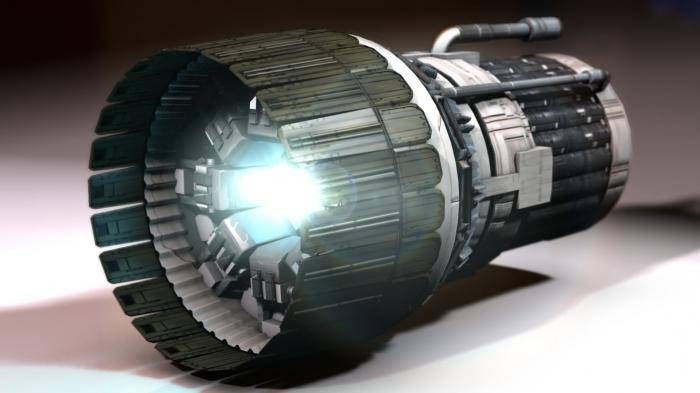 Tests of this fundamentally new engine were successful. All parameters are as stated. Next come the so-called life tests.

The engine, which is completely called the “high-frequency ion electric rocket engine,” was tested on a special vacuum bench simulating the conditions of outer space.

The fact is that this unit is not designed to work in the atmosphere. This is not a booster engine, but a sustainer. And in its design it is very different from the rocket engines we are used to.

The engine is powered by a jet of ionized gas accelerated in an electromagnetic field. This power plant has a small draft in comparison with liquid rocket engines, but its advantage is a long service life. And this is a serious application for flights beyond the Earth’s orbit.

Other uses of electric propulsion are planned. They can be used to correct and stabilize the working orbit of satellites, as well as to transfer from low to high orbits.

Since the engine is more economical in terms of fuel consumption, some groups of satellites (everyone understood what is being said) can change orbits more than once for quite a long time. We have in the national economy such satellites, to which such an option would be more than useful.

There is, however, a small minus. This is significantly more power consumption. Magnetic camera requires its own. But, as assured in KBKHA, this aspect was properly resolved at the design stage.

So, not one pleasant (for us, of course) surprise awaits our competitors in space exploration.

I sincerely congratulate the teams of KBKhA and MAI, which in such a short time (3) embodied the idea of ​​this engine in the metal. And I hope that the rest of the tests will be equally successful.

Naturally, this installation will be shown (if shown) not very soon. It's clear. But, nevertheless, perhaps the stars will become a little closer to us. And it is doubly pleasant that this is our development and our execution.